Colin Jost (39) confirmed that his wife, Scarlett Johanson (36) is pregnant. The “Saturday Night Live” comedian revealed that the newlyweds are expecting while doing a stand-up past weekend. “We’re having a baby, it’s exciting”, Jost said according to a source in the audience. 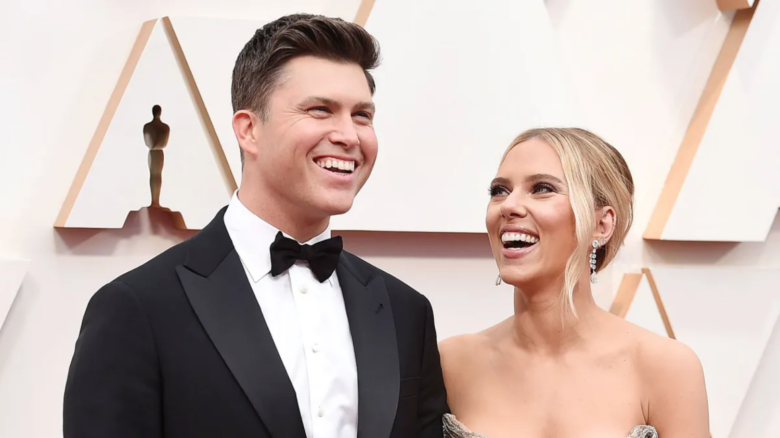 The rumors started swirling around in early June of 2022 when Johanson was a no-show on several key events promoting the Marvel “Black Widow” new movie flick. Since then, the actress and her funnyman husband kept quiet about the mounting gossip, never confirming nor denying them. “She hasn’t been doing many interviews or events to promote ‘Black Widow,’ which is surprising since it is a huge Marvel/Disney release and she is both the star and an executive producer”, a source for PageSix said.

The media got a sniff of the couple dating back in the early spring of 2017. Paparazzi caught them share some PDA in May of the same year, and the two went public in December. The comedian proposed to the “Avengers” star in 2019 with plans to wed soon. However, the pandemic delayed their plans, but the pair still tied the knot in October of 2022 in a small, private ceremony in Johansen’s home in Palisades, New York.

The comedian debuted his wedding band a week later in the Meals on Wheels Instagram account. The Hollywood actress already has one daughter, Rose (6), from a previous marriage with French journalist Romain Dauriac. This baby that’s due soon will be the first child for Jost.

Recently, Johanson filled the front pages with her lawsuit against Disney. The actress, as the protagonist and as one of the main producers, was guaranteed commission from the movie profits. In all truth, the whole thing is extremely messy. First, the movie was shot and edited in the midst of the pandemic to be released in July of 2022. The first weekend in the theatres “Black Widow” did amazing only to drop in visits by the second week. To soften the financial blow, Disney simultaneously released the movie on its channel Disney + as part of Premier Access. This move forked another $60 million for the producers.

This is where the problems occurred. Johanson has a share of the profits from the box office without a doubt but never renegotiated the terms of the contract in case Disney released it on its streaming platform. This was the main cause of the sudden lawsuit from the actress that caught the movie studio off guard. Disney expressed the disappointment in Johanson after a decade of collaboration since they were: “not given the courtesy of a heads-up that a legal complaint was coming”.

The relationship between the studio and the actress has been shaken to the core given that the two parties are communicating through their respective lawyer teams. Disney’s legal team developed a strategy based on the “unforeseeable circumstances” alluding to the pandemic, thus releasing the movie on the platform excluding Johanson from the profits. For now, the case is at the status quo. Some other Hollywood stars used the circumstances to bump up their paychecks, like Emma Stone who took advantage of the chaotic situation to negotiate higher wages for the sequel “Cruela 2”. The case between Disney and Scarlett Johanson is yet to be resolved in the courtroom or outside of it.