Home Vehicle Scania AXL: The Truck of the Future
Vehicle

Self-driving, or autonomous, vehicles are the hot topic and there is an ongoing debate whether or not they should have backup manual controls. However, Scania, the worldwide manufacturer of heavy vehicles and buses, has been thinking ahead of time. Hence, they introduced a fully autonomous concept truck, which comes with no cab, and they named it Scania AXL. So, here is everything there is to know about the truck of the future. 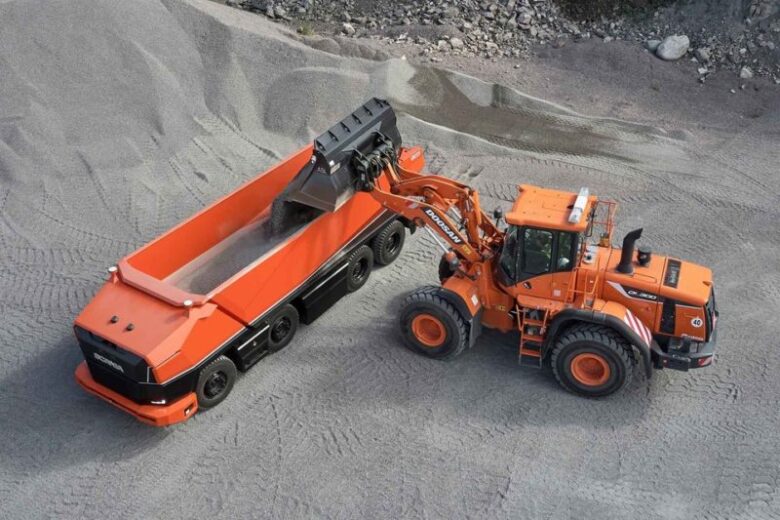 The Scania AXL concept is an autonomous truck that comes not only without a cab but also without a steering wheel. It was built to work in construction sites and mines, which means it won’t be used on the public roads. In fact, not only the AXL truck, but also all other future production vehicles based on this concept, will have to stay away from roads until governments change the rules which require vehicles to have manual controls. The Swedish-based company claims that the fleet of this truck will be controlled with logistic software.

The Scania AXL doesn’t need a driver and it’s also headless, faceless, and enormous vehicle. It features eight wheels and is designed for tough environments. This concept truck is powered by a diesel engine, but the company seems to be conscious of the environment as they use biofuel for this vehicle. Moreover, the AXL comes with a combination of seven camera systems, a frickin’ laser beams and three sensor systems. The laser beams are there to help this vehicle create a map of the vehicle’s surroundings. Hence, the truck will be able to navigate safely and do its job. 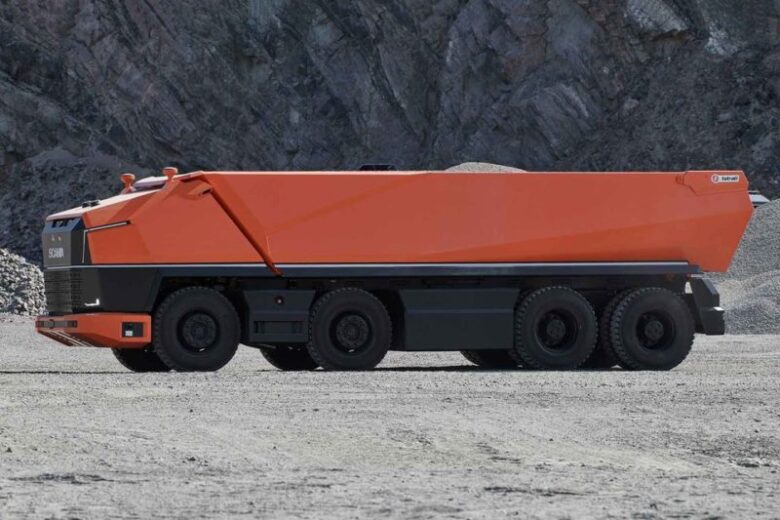 There are already some autonomous trucks in operation from Scania, but the company hasn’t shared any plans to put a cabless truck into production. They claim that with the help of vehicles like Scania AXL they’ll be able to find answers for autonomous systems. They believe that this concept shows that software becomes at least as important as hardware.

Additionally, Scania isn’t the only company which has suggested the production of an autonomous truck without a cab. Startup Einride also has plans on producing such a vehicle. Moreover, Volvo has recently released its own cabless truck concept. Many other companies became interested in autonomous trucks, including TuSimple and Wayno. 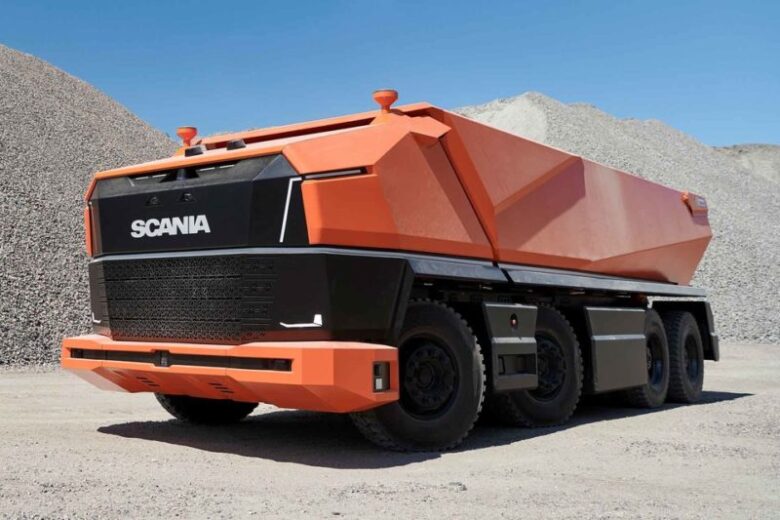 There hasn’t been any additional information regarding the specs of this truck as it’s a concept after all. However, it is obvious that when it comes to the design, Scania went for the face of what may be recognized as a futuristic bulldog. “You cannot create a nice friendly animal that works in a mine. It has to have the same type of character. It has to reflect,” says Scania’s styling team leader Xavier Carreras Castro.

Recently, the Swedish company released a video of the design process which we can say it’s astonishing.

5 Tips for Protecting Your Legal Rights After a Truck...

How To Be A Safe Truck Driver