When you look at this vehicle manufactured by DryCycle, you would probably think it was an electric car, only much smaller than the standard cars we are used to seeing on the roads. However, this is wrong because this is an e-bike that looks very much like an electric car. Perhaps the proper name for this vehicle is a quadricycle since it has four wheels.

However, what matters more is what is inside and what exactly is the benefit of driving one such car-like four-wheeler. So, first of all, let’s consider why this vehicle was named DryCycle. As you probably know, if it rains, it’s almost impossible to stay dry while driving bicycle. Well, the first advantage of this quadricycle is that it has a protective shell that is made of ABS plastic and has a polycarbonate bubble. This will protect you from rain or snow and allow you to stay dry on the way to work. 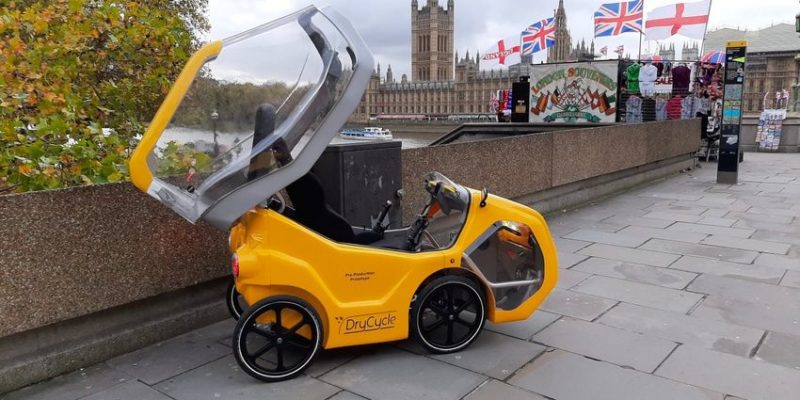 On starting, the electric motor provides great assistance so you don’t have to spend too much energy turning the pedals. Given that this is a four-wheeler, it’s easy to conclude that it has better stability. Also, DryCycle has some other elements that are characteristic of electric cars, such as full front and rear suspension, hydraulic disc brakes, reverse gear, but also electric horn and remote lock feature. In addition, it’s important to mention that you can choose the version with windshield wipers and climate control, but that means you will have to spend more money.

That’s all when it comes to elements from the automotive industry. What DryCycle still classifies into bikes are primarily pedals powered by yourself, but thanks to an electric motor with much less effort than when riding classic bikes. It’s a Shimano E8000 electric motor that can be found on e-bikes. Here, we also have wireless Shimano transmission. 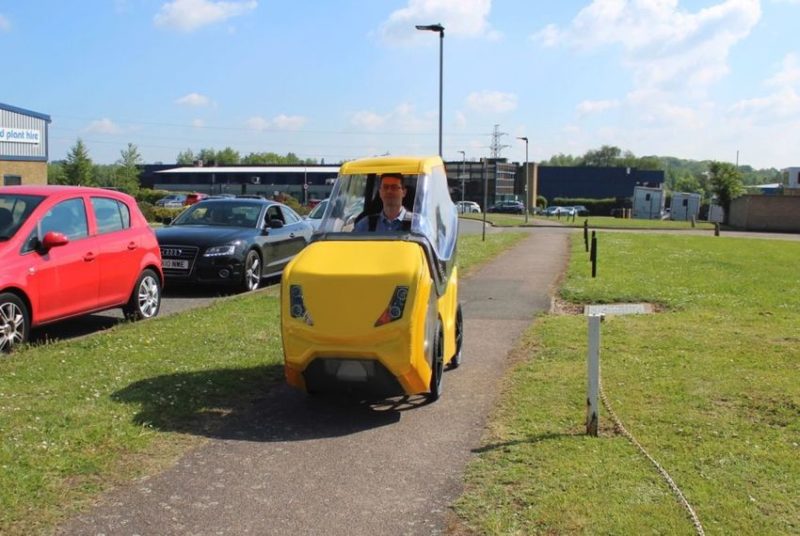 In terms of performance, DryCycle can reach maximum of 25 km/h which is about 15.5 mph. Honestly, this isn’t the best result since the average speed for most other electric vehicles is significantly higher. For example, with electric scooters, the average speed is about 32 km/h or 20 mph. Of course, there are even faster machines, so this maximum speed for DryCycle is quite low. In terms of battery capacity, this four-wheeler has a 1kWh battery that can provide a maximum range of 48 km at a single charge. 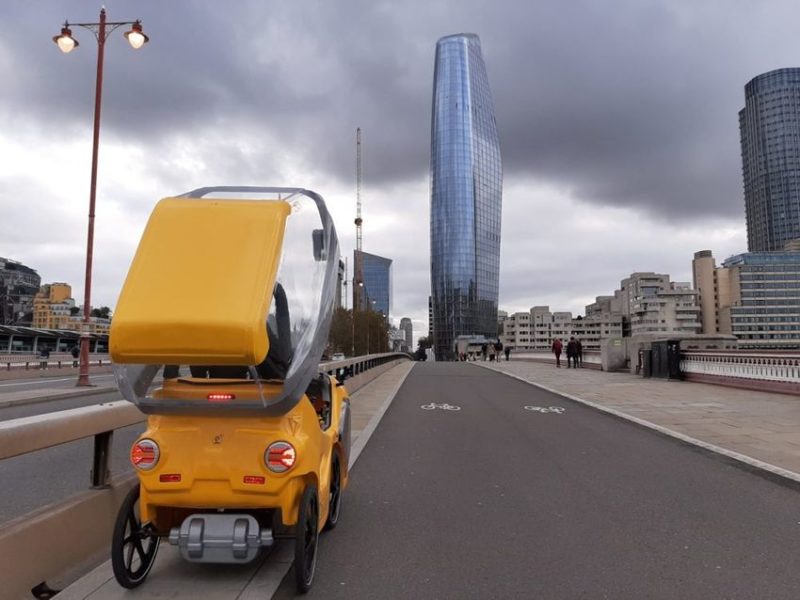 Finally, we have to mention the price, which is probably the feature that interests you the most. If you are ok with the price of £14,995 or around $19000, then this electric vehicle is the right solution for you. Plus, DryCycle is completely eco-friendly so that’s another plus. Still, if you look at things realistically, that’s really a lot of money, and you can buy a real car for almost $20K. In addition, similar competitive vehicles by PEBL and ELF are significantly more affordable at more than twice lower price.

Moreover, buying this vehicle doesn’t mean that you will certainly be able to drive it in your country. Most of known bicycle laws include two-wheelers and three-wheelers in this category, and given that DryCycle has four wheels, it may be a problem about is this really street-legal vehicle. Another problem is that DryCycle is only available in the UK.

Anyway, we really like the concept of such a vehicle, but in general, some segments such as price, legality of use on the road and maximum speed could be discussed between the creators of this vehicle.

What Will Be Different in the New Tesla Model S...

Johnny Depp Spend His Money On This Ten Ridiculous Things