Richard E Grant is one of those who decided to share his opinion and experience on the 45th US President Donald Trump. While he left the White House some time ago the ex-POTUS still attracts a lot of attention. This is no wonder considering how controversial his reign was.

Richard E Grant is a veteran actor and an experienced presence in the world of television. But, despite this, he was quite startled when he first met Trump. Their first encounter happened back in the day when Donald was a billionaire playboy and a TV personality, and a far cry from Trump we all know today. The interview took place in a real estate mogul’s home in New York back in the day when Trump probably started his dream of becoming the president of the United States. Back in the day trump spent most of his time at his penthouse in NYC Trump Tower. 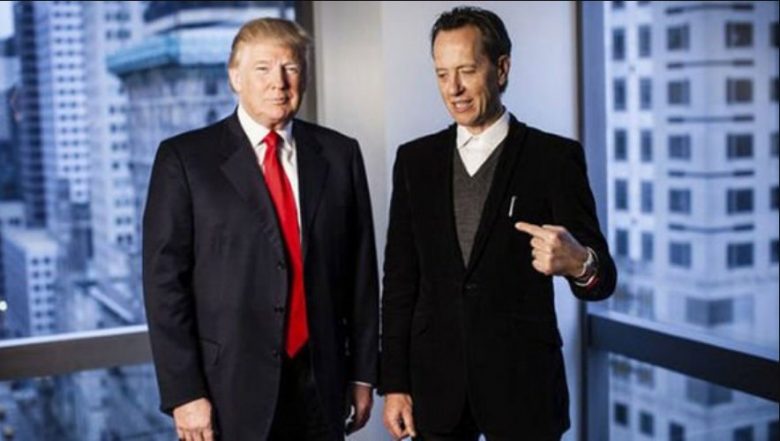 The two men talked in 2012 when trump was 75 and Richard was 65, as a part of Grant’s TV Show titled Richard E. Grant’s Hotel Secrets. Some decade ago Donald was the owner of various properties all across the world in places such as New York, Las Vegas, Manhattan, and even Scotland. During the interview, Trump covered a variety of subjects, including the parenting of his children. Interestingly back in 2012, there was still no talk about what trump would become in only a few years.

Richard E. Grant was quite nervous before the interview considering that even then trump was a big deal. The real estate mogul went from riches to bankruptcy but at all times he was still worth billions. While talking about the first impression, Grant recalls: “Trump arrived with two wardrobe-sized bodyguards and he was very aggressive. I’m intrigued by the status somebody adopts coming into a room and Trump was ten out of ten, very high status. I knew I had to lay myself down and put on my female hormones; I had to placate him and flatter him.”

Like you can see from Richard’s words, Trump wasn’t easy to take on. But as the interview progressed, Grant still managed to leave a good impression on the now ex-POTUS. But, at the same time, Donald showed ignorance as he would do each time when appearing on TV during his presidency. When the interview was near the end trump told Grant:” Good job, you could go far doing this.” The 45th US President wasn’t aware that Grant already made a name for himself in Hollywood.

Richard E Grant started his career back in 1983 when he started as Anton in a BBC sitcom Sweet Sixteen. A lifetime passed since then and in the mid-time Grand made a little less than one hundred appearances in various TV and film formats. So, while he received Trump’s backing a little late in his decorated career, it’s still not a bad thing being recognized as a professional in your domain by a man who would later become the leader of the world’s biggest superpower.