Many Americans have the same fear, and it includes Donald Trump returning as president. Yes, there are chances he runs again and wins; it happened once. He was a lousy president, and by some reports he hated it, but nonetheless, he was never shy of admitting that he’ll run again if a chance arises.

For many people out there, this scenario is a nightmare. If you are one of these people, don’t even try imagining him giving the president speak somewhere in January of 2025. Republicans on the other hand would love to see this, and many of them can’t hide this sentiment. What’s even worse, or it could be possibly better, is that there could be a divide within the GOP. In one of the recent polls, it was determined that many members of the GOP would actually love to see Donald Trump Jr as a candidate for the white house. 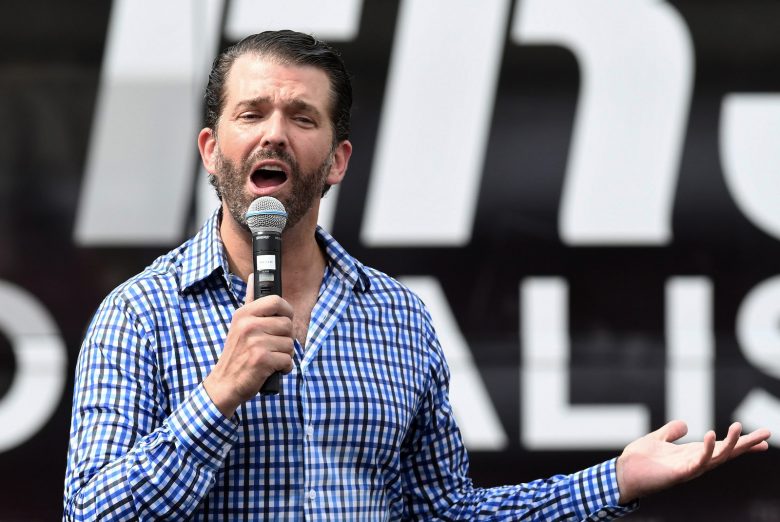 Yes, you heard that right. Don Jr is one of the prime candidates that the Republican party has for their and the future of the United States. For all of us, it couldn’t be a worse idea presented in this department. If you are not aware of who he is and what kind of person he is, let us enlighten you. He’s the worst thing to happen to Twitter after his father was banned. A worthy successor on Twitter, he could be in the White House too, but for all the wrong reasons. In addition, he classifies himself as a hunter, but what he really does is killing defenseless animals, even when it’s not allowed by law. Furthermore, he’s a big fan of guns and rifles, advocating to allow guns to everyone.

It’s not all if you thought we ended with the bad sides of Don Jr. The first son of Donald Trump is quite a hypocrite. For one, he claimed that Hunter Biden benefited due to the political career of his father, Joe Biden. These are the big words of a son who owes everything he has to his father. Yes, there are people in America who owe Trump, and they’re mostly members of his family. Also, if you didn’t hear it yet, he’s no big fan of taxes, claiming that there are people who avoid paying them all around and that it shouldn’t be seen as a big deal. 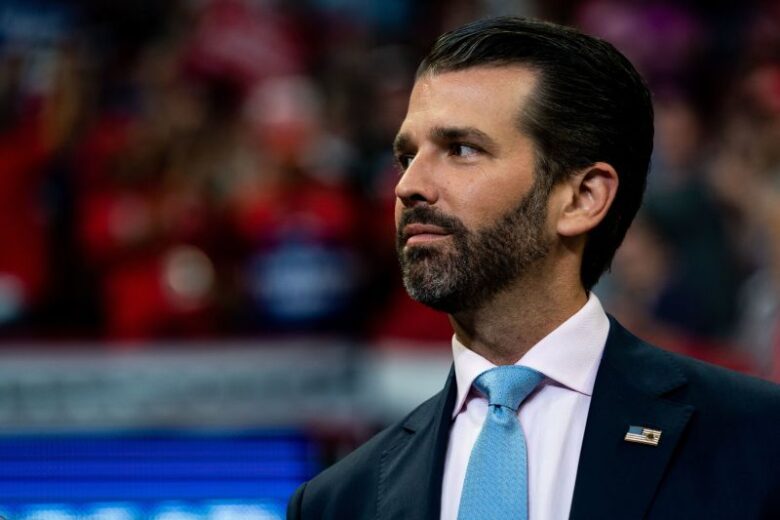 The poll we’re talking about was conducted earlier this month and it pushed Don Jr to be the prime candidate. Of course, and we must say it, among people offered to the people surveyed by the named poll wasn’t the name of the 45th US President. Trump Senior is still very much their favorite. For some reason, he holds control over their voters, who are very faithful to him despite what public opinion says. Some of them are sticking with even after still claiming that the 2022 elections were rigged. People who are not fond of the former president believe that he needs medical help more than another run at the presidency.

While having two Trump’s as their favorites if not good at all, GOP decided to raise the stakes for the United States of America even more. The next in line after Don Jr in the named poll is no other than Florida governor Ron DeSantis. The man is known for his anti-COVID stances. While Florida has increased the number of newly infected, the governor had this to say: “There’s been talk about potentially people advocating at the federal level, imposing compulsory masks on kids. We’re not doing that in Florida, okay? We need our kids to breathe.”

A great bunch is gathered there at Republican headquarters.