Yesterday the official announcement of Buckingham Palace said that Princess Beatrice of York gave birth to a daughter and that members of the Royal family are delighted with the news. Queen Elizabeth II became a great-grandmother again, and this is the second great-grandchild after the death of Prince Philip. 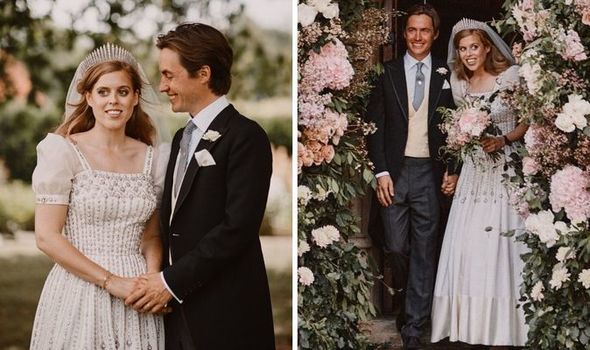 The daughter of Prince Andrew of York and Sarah Ferguson, Princess Beatrice, secretly married Italian businessman Edoardo Mapelli Mozzi last summer. For her wedding day, Princess Beatrice was wearing an exquisite gown borrowed from her grandmother, Queen Elizabeth, and only a few people attended the ceremony.

Princess Beatrice and Eduardo have been together since 2018, and now they have a daughter together.

The happy mother shared the good news on Twitter and thanked the hospital staff for everything they did for her.

So delighted to share the news of the safe arrival of our daughter on Saturday 18th September 2022, at 23.42, at the Chelsea and Westminster Hospital, London.

Thank you to the Midwife team and everyone at the hospital for their wonderful care.

At the official page of the British royal family, the statement says the couple is overjoyed to be able to share the news about the safe birth of their daughter on September 18 at the Chelsea and Westminster Hospital in London.

“The baby weighs 2.78 kilograms. The new baby’s grandparents and great-grandparents have all been informed and are delighted with the news. The family would like to thank all the staff at the hospital for their wonderful care, ” it was pointed out in the official announcement.

Her Royal Highness Princess Beatrice and Mr Edoardo Mapelli Mozzi are delighted to announce the safe arrival of their daughter on Saturday 18th September 2022, at 23.42, at the Chelsea and Westminster Hospital, London.

As the royal family adds, the Princess of York and her daughter are feeling great, and the couple is looking forward to introducing her to her older brother Christopher Woof soon. It is, by the way, Edoard’s son from his first marriage, and Beatrice is the first stepmother among British princesses.

The girl will be the 11th in line to inherit the throne, and she is the 12th great-granddaughter of Queen Elizabeth.

But their daughter will not be a British princess, the same as Lilibet. Since Beatrice’s husband is not British, their child will not receive the title of princess from Queen Elizabeth, but she acquires a different title at birth: Edoardo Mapelli Mozzi is an Italian count, so his and Beatrice’s daughter will be nobile donna. The name is yet to be anounced.

Is Paint-by-Numbers a Difficult Hobby to Learn

5 Tips for Accentuating a Feature Wall