Barbados made a huge move today as they have become a republic, casting away Queen Elizabeth as their ruler. The move was peaceful and friendly, and Price Charles was even in attendance in Barbados. But, there was a bigger star than him present, and when it comes to music, even a royalty, Rihanna.

The Umbrella singer was declared a national hero, while Prince Charles was there to give a speech to commemorate this great decision by the people of Barbados. While the Queen was removed as the head of state, Prince Charles took his time to meet and greet the pop star. While the Prince was the only member of the Royal family present, the one that was treated like royalty was indeed Rihanna. She was presented with “the designee for a national hero for Barbados.” The honor was given to her by Barbados Prime Minister Mia Mottley at the ceremony held at the island’s capital Bridgetown. 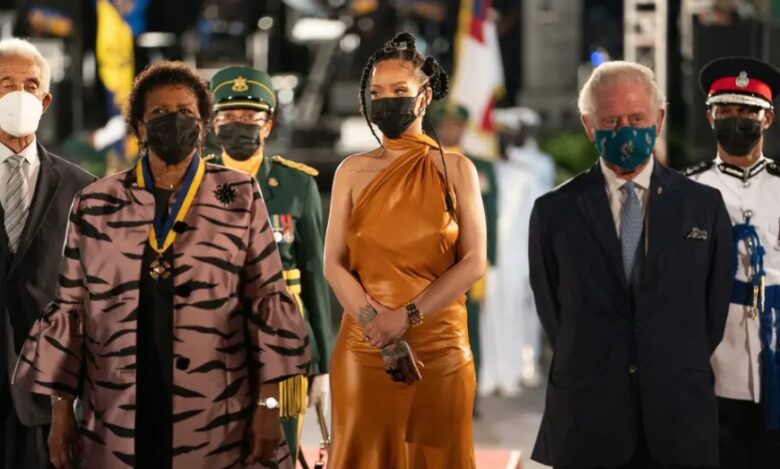 Rihanna is one of the biggest pop stars in the world. Considering that Barbados has only a little less than 3000,000 people living there, and her global status as a music icon, she is the most famous person from this island. This is why the PM had this to say to her: “May you continue to shine like a diamond and bring honor to your nation by your works, by your actions.” The Fenty founder is already working as the country’s ambassador since 2018. The pop icon was born in Saint Michael before moving to Bridgetown. Later she took her chances and moved on to America, where success awaited her.

While Rihanna is one of the biggest pop stars out there, who even managed to launch her fashion line and an acting career, her country has a bit more history. Barbados declared independence from the Crown some 55 years ago. But, up until now, the Queen was their official monarch. Despite becoming a republic, with a new president installed, the country will remain part of the Commonwealth. 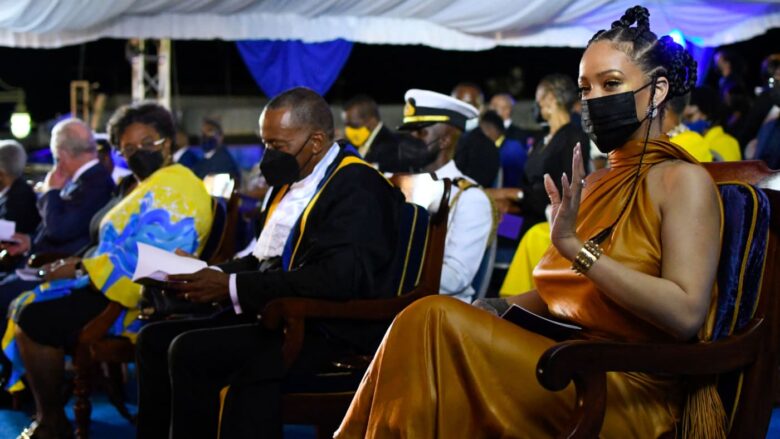 Prince Charles was on the spot to ease the decision and the most critical move in the country’s history. During the event in Bridgetown, the prince said: From the darkest days of our past, and the appalling atrocity of slavery, which forever stains our histories, the people of this island forged their path with extraordinary fortitude. Emancipation, self-government, and independence were your way-points. Freedom, justice, and self-determination have been your guides.”

Now that the Queen is no longer in charge, Sandra Mason is now the president, in a move that was sanctioned by the Barbados parliament. The last words of Queen Elizabeth as the monarch of this island were directed to the good people of the country: “As you celebrate this momentous day, I send you and all Barbadians my warmest good wishes for your happiness, peace, and prosperity in the future.”