USA TODAY – 01/01/2020: On Tuesday night, President Donald Trump announced that he has a plan to lower or even completely eradicated underage vaping. The project is almost completed, and it will be shared with the public in the coming weeks. The plan revolves around pulling certain flavors from the market.

During his addressing to media at his Mar-a-Lago holiday resort in Florida before New Year’s Eve celebrations, President mentioned this plan but didn’t go into detail. He stated that his administration plans to pull certain flavors from the market. This would result in minors not being so appealed by this product. 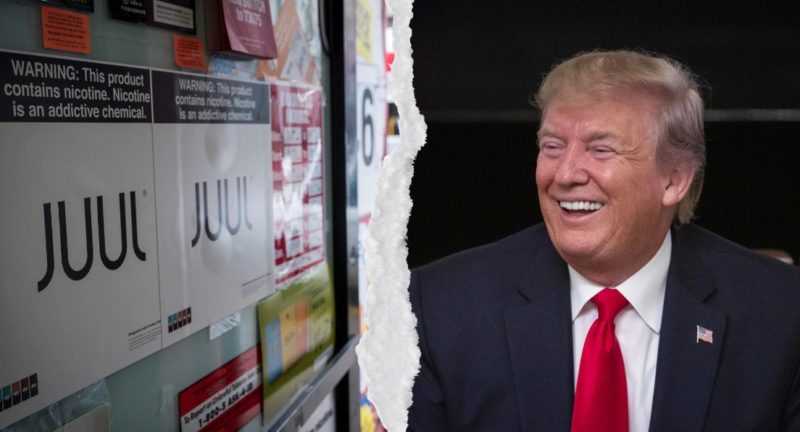 Mr. President has a goal to protect minors, their families, and the industry at the same time. President Trump said that all flavors are going to be checked. People have died from vaping, and POTUS wants everyone to be safe, while at the same time enjoying this activity.

President’s announcement came only hours after the news that the Food and Drug Administration is going to ban some of the most popular flavors sold by Juul and NJOY. The Wall Street Journal released the report. The same source claims that while some flavors are going to get banned, regular ones such as menthol or tobacco will remain on the market.

This is not the first time that Mr. Donald Trump talks about vaping. The first time he spoke about the idea of reducing underage vaping was in September. At that time, he asked for a full ban as a way of protecting underage citizens.

Vaping has gained popularity as a way for adults to quit smoking. But, it shortly became more than that and for worse. Millions of teenagers started vaping even if they never tasted nicotine before. Today vaping is one of the biggest health concerns in the US.

The primary issue is that minors are overusing it. Almost 10% of all 12th graders are vaping. The lung disease that occurs as a consequence of vaping caused 55 deaths, while another 2,561 people were hospitalized.

How to Choose the Best Vaping Device for Your Needs