NBC NEWS -04/13/2020: Things are not well between Donald Trump and Dr. Anthony Fauci. But, can POTUS fire the now-famous doctor? White House released a statement on Monday stating that Mr. Trump is not considering this option.

People started believing that Mr. President is going to get rid of Fauci after he retweeted a tweet that had hashtag “Time to #FireFauci.” White House spokesman was quick to deny these claims: “This media chatter is ridiculous — President Trump is not firing Dr. Fauci. The President’s tweet clearly exposed media attempts to maliciously push a falsehood about his China decision in an attempt to rewrite history.” 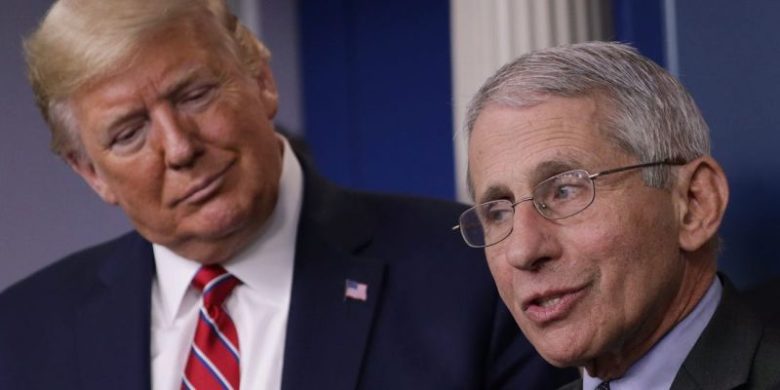 Hogan Gidley, the White House spokesman, was quick to accuse fake news of steering the pot, and reinstating that Dr. Fauci’s job is secure: “Dr. Fauci has been and remains a trusted advisor to President Trump.”

It all started when Donald Trump retweeted the following tweet: “Fauci is now saying that had Trump listened to the medical experts earlier he could’ve saved more lives. Fauci was telling people on February 29th that there was nothing to worry about and it posed no threat to the US public at large. Time to #FireFauci…”

POTUS added a few lines of his own: “Sorry, Fake News, it’s all on tape. I banned China long before people spoke up. Thank you, @OANN.”

Sorry Fake News, it’s all on tape. I banned China long before people spoke up. Thank you @OANN https://t.co/d40JQkUZg5

On Sunday, during a CNN interview, one of the outlets that are branded as” Fake news” by President, Fauci stated: “Obviously, if we had, right from the very beginning, shut everything down, it may have been a little bit different. But there was a lot of pushback about shutting things down.”

Now, Fauci and Trump are often not on the same page, but POTUS doesn’t have the authority to release Fauci because he’s a federal employee who does not have to report to the President.