Indian Rapunzel Has the World’s Longest Hair: 11 Years Without a Haircut!

Teenager Nilanshi Patel, 17, from India, won the title of the teen with the longest hair in the world. She hasn’t cut her hair for the last 11 years and has set a new Guinness Record, as her locks measure 190 cm (6 ft 2 in).

Nilanshi, who was born in the small town of Modasa in Gujarat state, says she is overjoyed with the record she set a week ago. 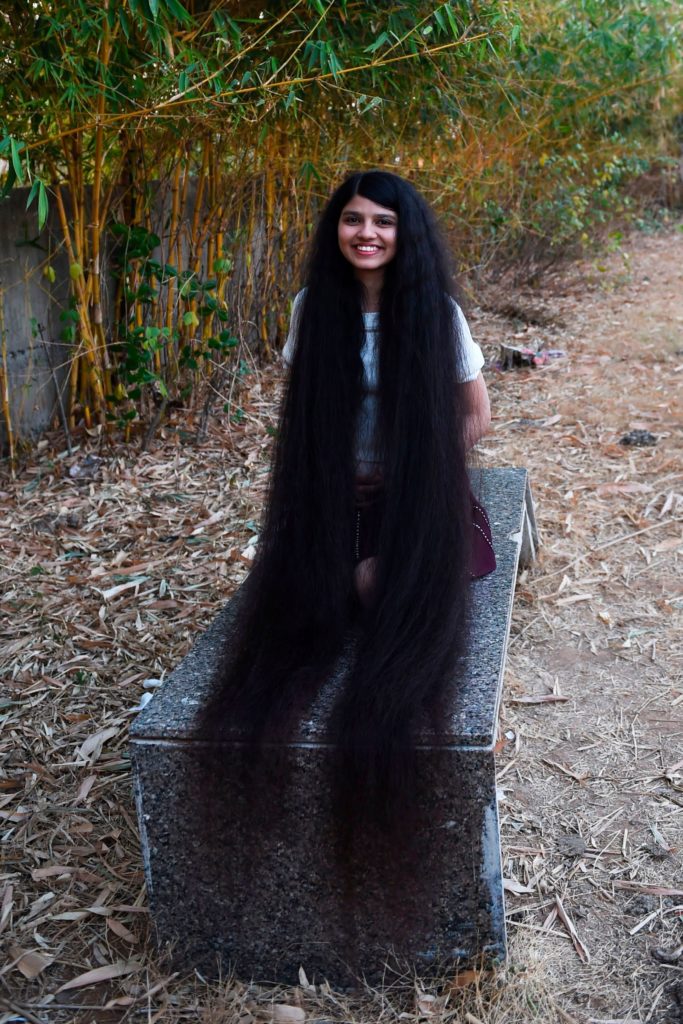 “I exceeded the December 2018 record, when a girl with a hair length of 171 cm won. I’m happy,” Nilanshi said, adding that she was pleased that her hair brought worldwide fame. Her hair has grown 20 cm since it was measured in November 2018.

“I used to be known only in my hometown, and today the whole world knows about me,” the teenage girl pointed out. 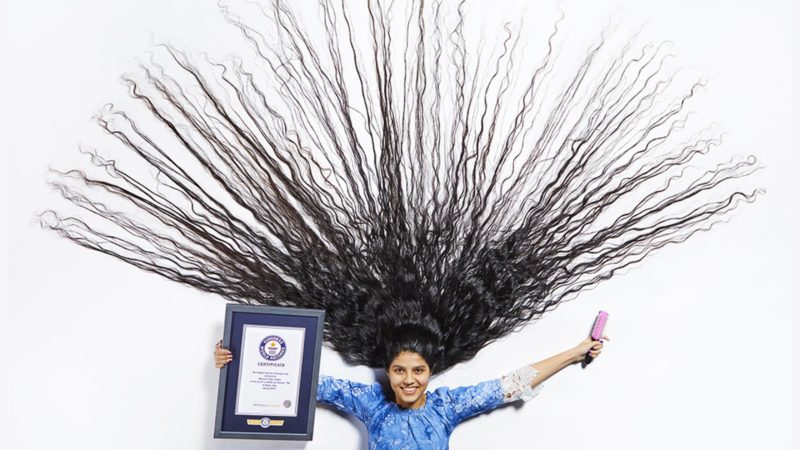 When asked by a reporter why she hadn’t cut her hair for 11 years, she replied that she had trauma from a hairdresser. “At six, I had a very bad experience at a local salon. Since then, I have been apprehensive about cutting my hair”, Nilanshi said.

According to her, the parents realized that their daughter was scared of the hairdresser, so they did not even make her do a haircut. “My parents accepted my wishes, and now my locks have become my lucky charm,” said the teenage girl. 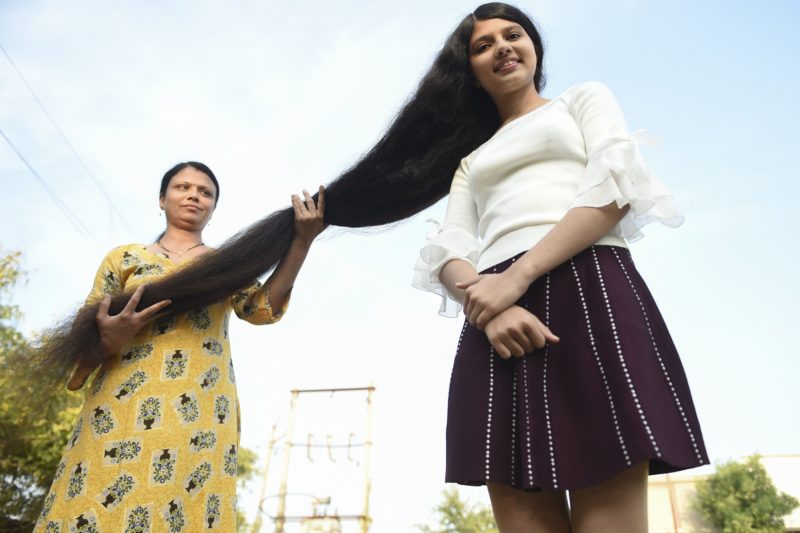 When it comes to maintaining such long hair, Nilanshi says she does the same thing as her peers.

“I do what every teenager does. Wash the hair every week and oil it once or twice a week,’ the girl said, explaining further that she dries it by sitting in the sun or with a hairdryer. 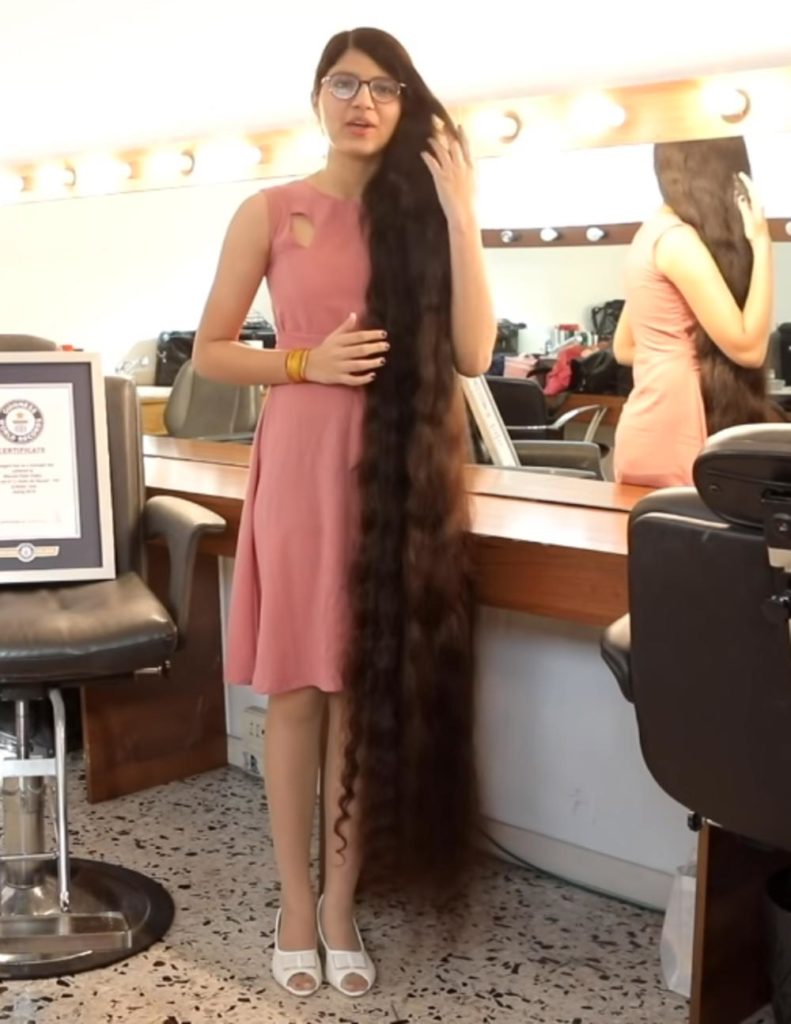 Although many people think that her long hair is so annoying when doing her daily activities, the teenage girl says that it is not true. “Mostly, I keep a braid, but while playing or for some occasions, I tie the hair into a bun. The only time I have trouble is while swimming,” says Nilanshi. 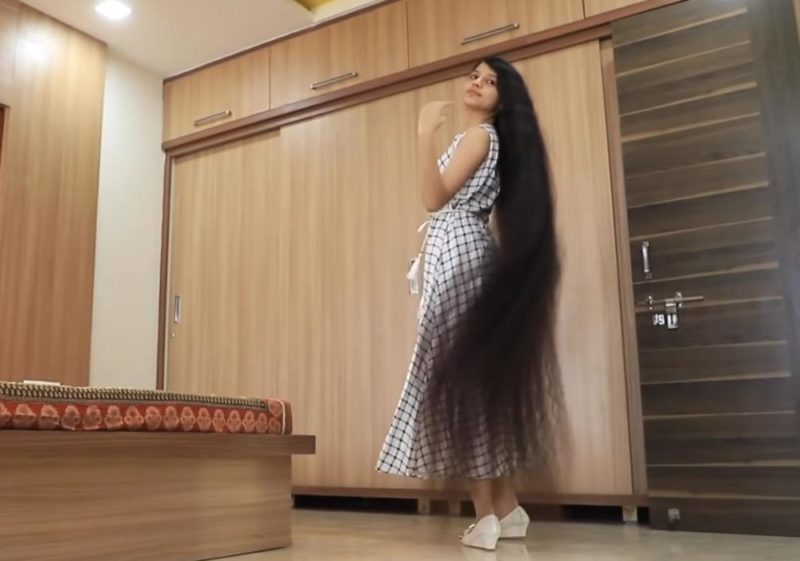 According to Nilashi, her mother, Kaminibenat, who helps her maintain her hair, said she is proud of her record-breaking daughter.

Friends call her Rapunzel – Nilanshi Patel has been growing her hair since she was six years old following a bad experience at the hairdressers ??‍♀️ The 16-year-old from Gujarat, India, has set a new record for the longest hair on a teenager, with lengthy locks that measure 170.5 cm (5 ft 7 in). "I got my hair cut, a really bad haircut. So, then I decided that I won’t cut my hair. I decided that when I was six and have not cut it since," she explained. Nilanshi recently appeared on a brand-new TV series of record breaking, La Notte dei Record (The Night of Records) on Italy's @tv8it. "People think that I face so many problems with my hair, but I don't face any problems, I do sports and all the things with my hair. It's a lucky charm for me!" "I style it is as a long braid or as a bun on the top of my head. When I am going to an occasion, or when I am playing table tennis, I bun my hair on my head so that it is comfortable for me." ___________________________________________________ #longhair #hair #hairstyles #lanottedeirecord #guinnessworldrecords #officiallyamazing #longhairstyles #longhairdontcare #rapunzel

Jennifer Anniston’s Go-To Shampoo Is Not Meant for People