Home Cars What Are the Most Unsafe Vehicles on the Roads? (Bonus Video)
Cars

What Are the Most Unsafe Vehicles on the Roads? (Bonus Video)

We can notice great progress in the automotive industry in recent decades. Perhaps the best results have been achieved in the last ten years. Engineers in the world’s largest companies are making a lot of effort to make vehicles on the roads safer for driving. This is illustrated by the results of the IIHS’s survey according to which, in 2005, the statistics says there were 15 deaths per million people. Statistics are even better in the last few years, as road deaths have been reduced to 10 deaths per million people.

Nevertheless, accidents still occur, and the causes can be different, from careless drivers through badly designed vehicles. We decided to focus on vehicles that are not so safe, in the following text. Though you may think that smaller vehicles are more dangerous, there are some large machines on our list, such as trucks, SUVs or vans. If a driver of one of these vehicles is involved in a traffic accident, it is more likely to end up tragically than while driving some other vehicles. Also, driving these machines can cause and serious body injuries in the event of a collision, so we recommend that you avoid them. Well, let’s find out which of these 15 vehicles are most dangerous for driving. 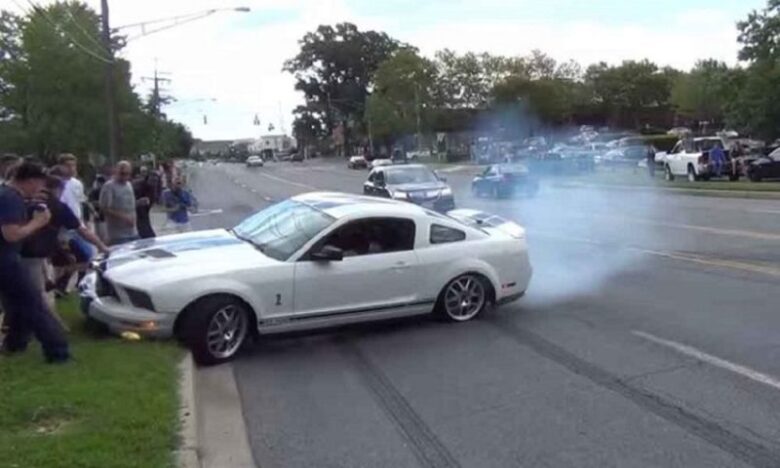 The Grand Caravan, as its name suggests, is a pretty large vehicle. Judging by its outward appearance, there should be no problems with a traffic accident, however, things are different. According to the one research, driver in this vehicle can be seriously injured in the event of a frontal collision. Also, a study from the year of 2011, which had minivans as the subject, showed that the Dodge Grand Caravan is in the last place when it comes to safety. 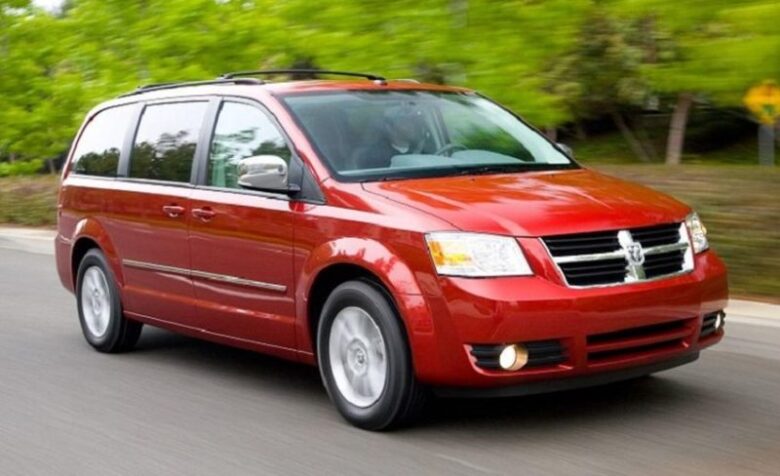 As for the type of vehicle, Nissan Frontier belongs to trucks. So, this type of machine should be quite durable when it comes to the front collision. However, after the research, the Nissan Frontier King Cab got only 3 stars from the NHTSA. Another segment in which Frontier did not get the best results was during a rollover test, where it also won 3 stars. This is a special feature on vehicles that were built before 2010. 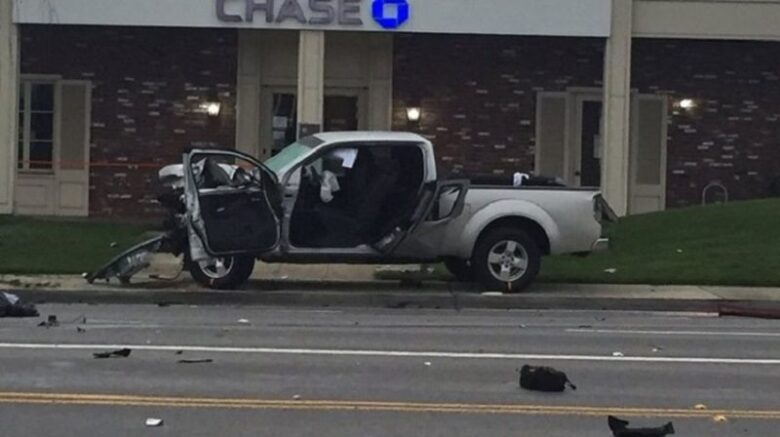 But the problems that Frontier has are not over here. The models produced in the period from 2011 to 2012 have a very interesting situation with airbags. Namely, when braking, or when crossing a hole on the road, airbags are activated and, in this way can cause injuries to the driver. Due to this unusual situation, a lawsuit has been recently filed against Nissan.

As well as the Nissan Frontier, the Chevrolet Silverado 1500 is a truck, too. These vehicles should be fairly safe during driving, but also in the event of traffic accidents they should save the lives of all passengers. Unfortunately, after a one survey, it was revealed that even 79 per 1 million drivers died while driving this Silverado 1500 Crew Cab. 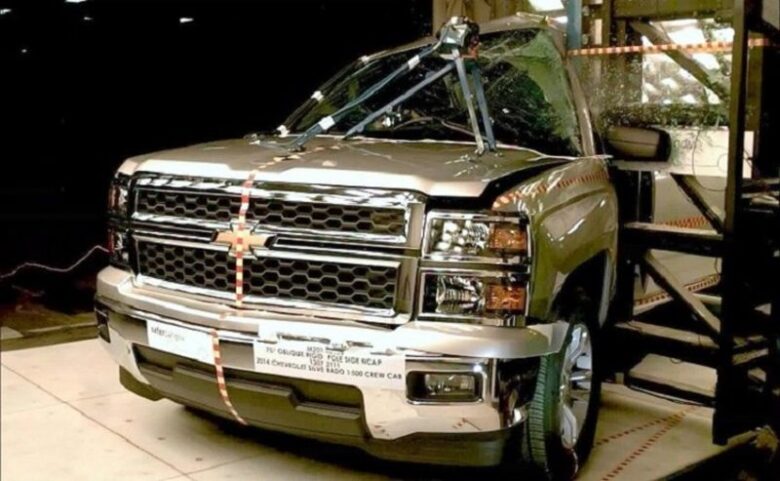 Also, the research tells us that the machines produced in 2009 were quite poor in the side impact test. On the other hand, newer vehicles, for example from 2016, have good rates in almost all collision tests.

Although this is one of the newer models produced by the Japanese manufacturer, it did not achieve the best results on safety issues. For example, the Mazda CX-9 earned 5 stars in the NHTSA side crash test, but on the overlap front test and frontal crash test, the rating was Poor and Marginal. 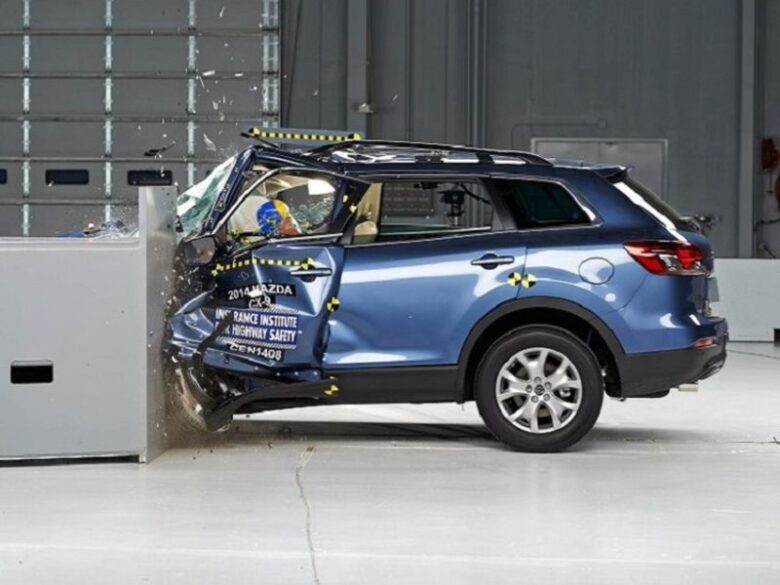 Also, while testing the strength-to-weight ratio, this Mazda got the lowest ratings. The situation with roof was not the best because the CX-9 could not withstand a weight that is larger three times, although the limit is 4 times larger weight compared to the weight of the vehicle.

We had the opportunity to see that during 2011, more than 5000 of these Chevrolet-produced cars were recalled from use due to safety belt problems. Also, Colorado received poor grades on tests performed by IIHS. For example, in the rear safety test, as well as the rollover test, this Chevy earned a Marginal score. 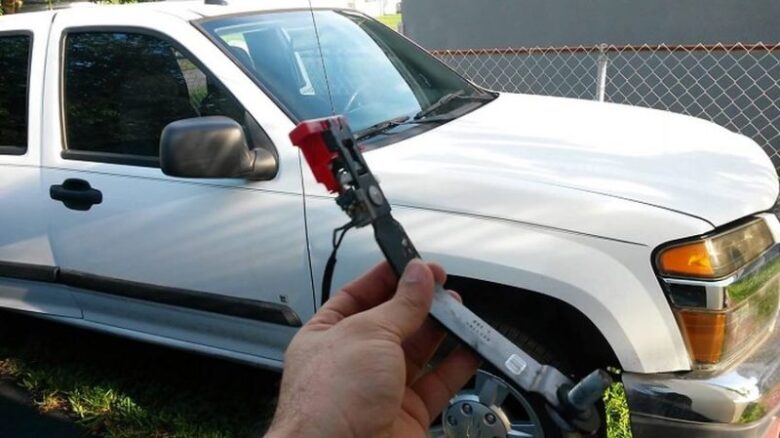 The worse situation is with a side-impact test where the results of Colorado are Poor. Statistics tell us that in the period from 2005 to 2008, even 93 drivers died in a car accident driving the Chevy Colorado Extended Cab 2WD. This number is even more worrying due to the fact that a small number of accidents included two or more vehicles.

Another Nissan car that has security problems. In the period from 2008 to 2011, several users complained about suspension defect on this machine. Also, one man from California in the year of 2015, filed a lawsuit against Nissan also due to suspension problems stating that it: “causes a front suspension failure resulting in compromised steering and/or the snapping of one or both front coil springs and/or front suspension collapse.” 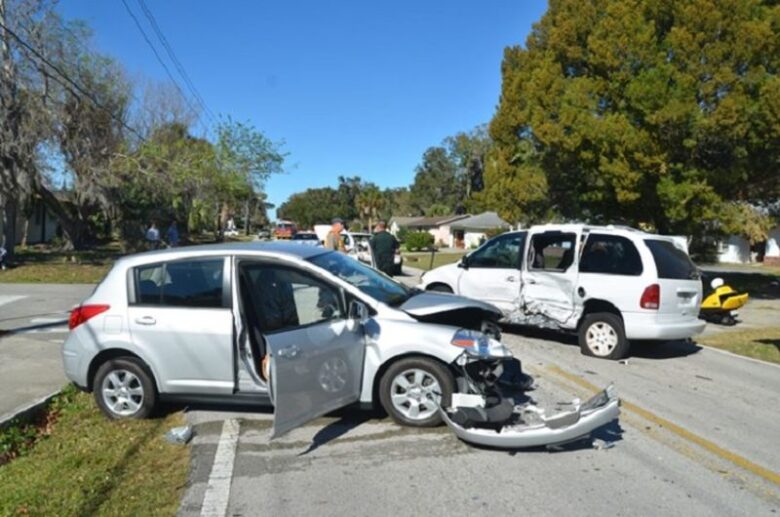 Also, when testing the frontal collision with Versa, it only got three stars. The worse situation is with the 2011 models that have poor two stars on the same test. Additionally, research performed by IIHS tells us that the Nissan Versa is placed in the top three deadliest vehicles at the moment.

The German manufacturer is known as one of the most reliable vehicles maker when it comes to safety. Audi A4, like other vehicles from the family, achieved excellent results in most passenger safety tests. However, there is one problem that can’t be neglected. Namely, on a small overlap front test, it happens that the door of this vehicle opens and in this way the driver can seriously be injured. 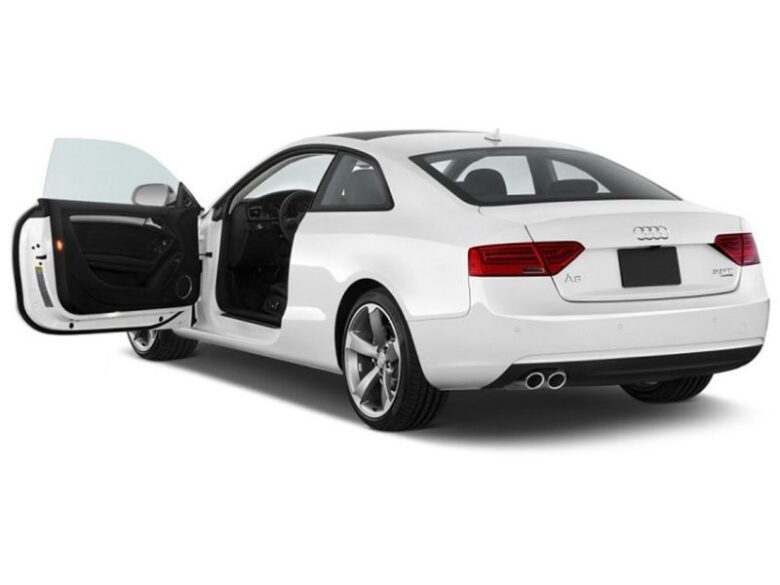 Although it has been present on the market for several years now, this problem on the Audi A4 is still not solved, and we believe that the change in the design of this car will correct this security problem. However, we believe that this problem will be solved in the near future, so that Audi will confirm its reputation as one of the best car manufacturers on the market.

There are many advantages of Toyota Yaris that can attract you to buy this vehicle. For example, the price is affordable, and Yaris saves you money for fuel. But there are some things that you would probably consider if you really want to buy Toyota’s car. One survey says that, Yaris was at the top of the list with 28.5 injuries of a total of 1,000 cars that participated in traffic accidents. 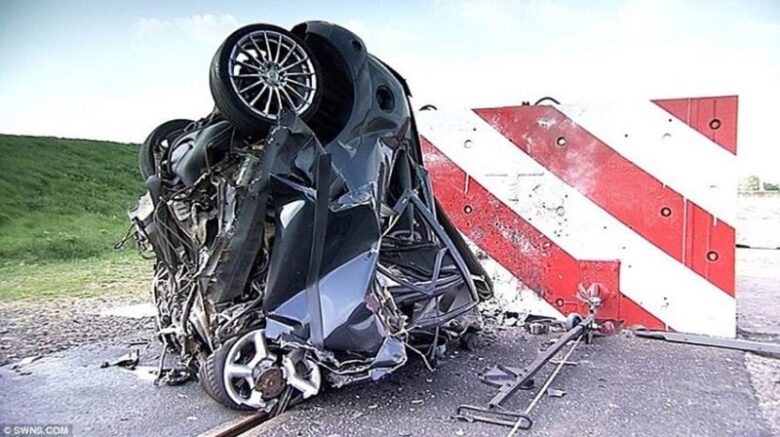 So, poor rates at collision tests are not one of the problems, but compactness is the main cause of a large number of fatalities while driving this vehicle. Simply, the problem is the lack of sufficient space between the seat and the frame. That’s why it can be a big trouble in the event of a traffic accident. 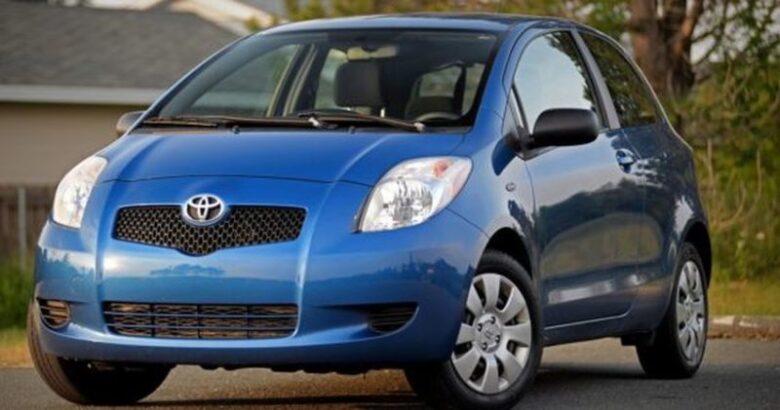 Although it is well known that they have problems that are quite serious, certain vehicles can still be seen in traffic. One of these is the Ford Escape. This model is sold in 175,000 units in the year of 2015. However, the problems that are present are really serious. For example, Escape received a bad score for a front crash test, as well as poor ratings for head restraint and seat. 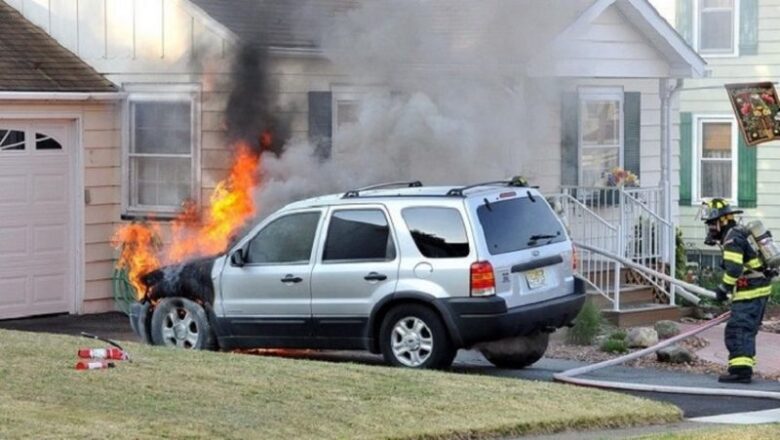 By 2015, 16 units of Escape are recalled from use, but most attention is recall of one vehicle in 2013 when overheating of engine cylinder head caused a leakage of oil. Also, this defect was the cause of several fires in which, fortunately, no one was injured.

Situation with Ford Mustang is similar with one at Audi A4. Just like the car by a German manufacturer, Ford has good scores when talking about safety while driving. For example, there are great results when it comes to crash protection and rollover test, but believe you or not, the main problem is speed. A special case is with young and inexperienced drivers while managing this machine can be a problem for them. 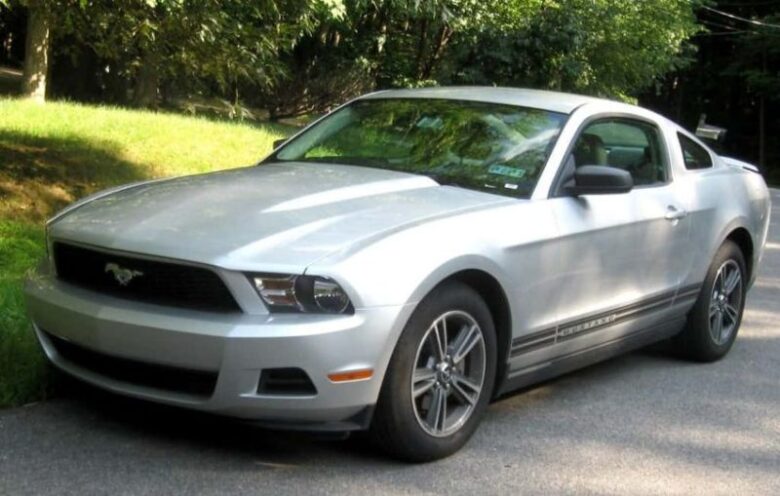 Statistics dealing with traffic accidents tell us that 4.4 deaths occur while driving this vehicle. Although it seems that this number is not so large, it is actually several times higher than the statistics for the safest vehicles. But, when you are behind the steering wheel of one such beast, it’s hard to think about potential problems that can happen, right?

As is the case with many vehicles on our list, the Fiat 500 has a problem with the results on collision tests. Although this vehicle has some advantages such as efficient fuel consumption, it still has considerable problems with passenger safety. For example, a study conducted by insure.com, tells us that Fiat 500 have a large number of payments in the event of medical and personal injury protection. 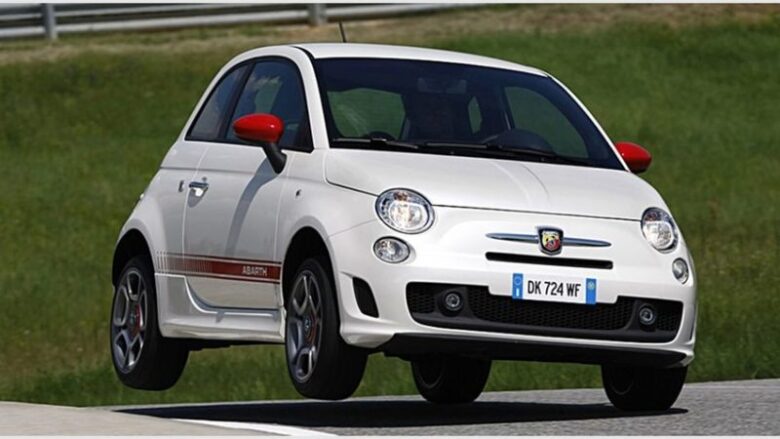 We all know that Jeep Wrangler is a vehicle that is primarily designed to fight off-road conditions and, in such terrain, it is an ideal solution. But the situation is completely different when it comes to driving on the highway or city driving. According to the IIHS safety tests, Wrangler has a high percentage of probability for rollover in comparison with average values. Tests in which Jeep Wrangler showed poor results are small overlap front protection and rear impact protection tests. 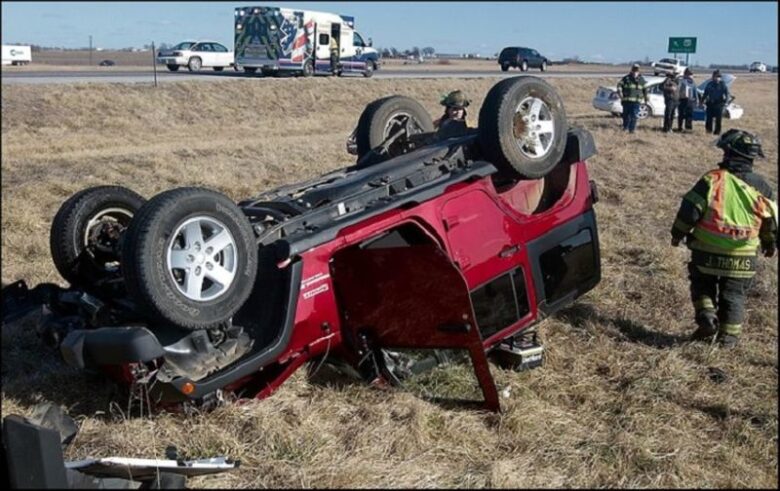 Another study conducted by IIHS tells us that Hyundai Accent was placed third in the list of the deadliest vehicles. Statistics say 120 people of a total of millions registered, died in this car while driving it. The situation with this model is now better than a few years ago, but it still has not achieved good results on the side overlap front test. 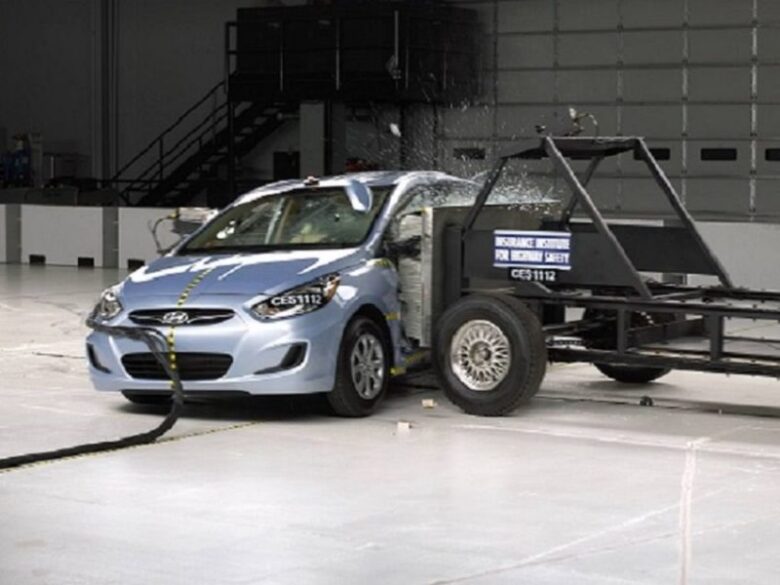 Unlike the new Accent cars, the ones manufactured before 2010 are completely unsafe for driving when we talk about IIHS safety tests. A special problem is the passenger side rated with only 3 stars by NHTSA, for models produced before the year of 2010.

Again, a Nissan car. This time we are talking about the Nissan 350Z which is a sports car, with a stylish design, but also vehicle which is pretty dangerous. Very disappointing statistics tell us that in the period from 2005 to 2008, 143 people died on the roads. Also, we must say that 90 deaths of the total number have occurred in accidents involving one vehicle. 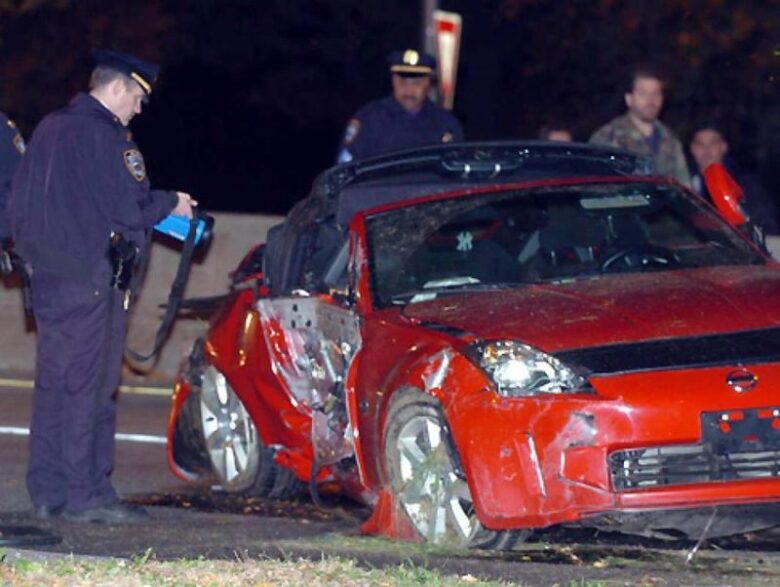 Although the production of this machine was stopped in 2009, the Nissan 350Z can still be seen on the roads primarily because of its attractive design. 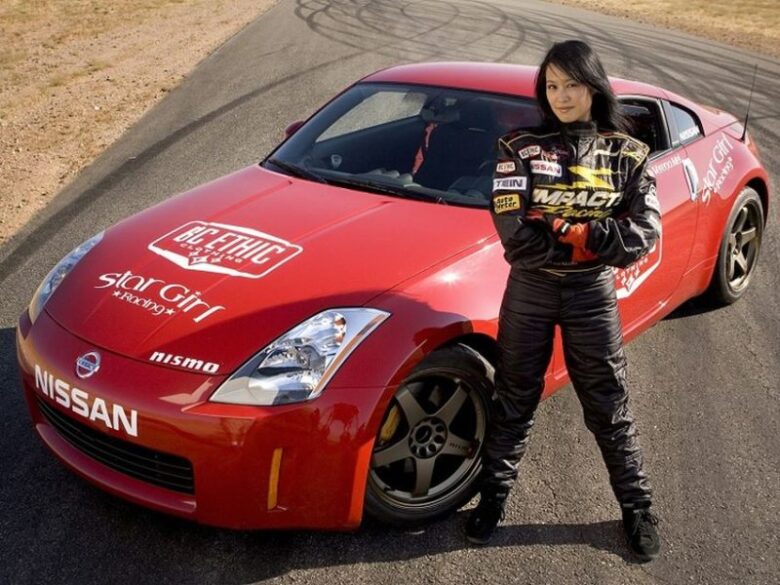 At the first place on our list is Kia Rio. This car has been topped the list all over the world for a few years back, when it comes to safety in the vehicles. Specifically, a survey that covered the period from 2009 to 2012 says that the most accidents occurred while driving this vehicle, exactly 149 per 1 million registrants. 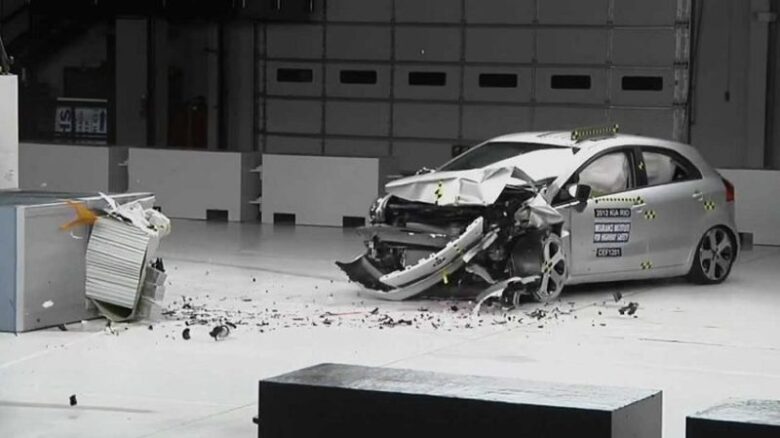 The average for this period and for this type of vehicle is 115 deaths per 1 million. Although newer models are quite advanced in terms of safety, Rio still has Marginal rates when it comes to a small overlap front test.

Top 15 Most Dangerous Cars In The World

Is There a Way to Track Your Smartphone