Michael Jackson’s daughter is in a weird phase of her life, as she took a few friends and posed naked in front of a full moon in a sort of witchcraft. This was done to show gratitude to the moon prior to Halloween. The whole ritual was documented with photos and videos on Instagram. We can say that very little was left to the imagination.

The last Wednesday was a fun one for the daughter of the pop king. The whole ritual was an intimate one, but it made it to the Instagram front page nonetheless. In today’s time, it comes as no surprise, as celebrities find various ways to get attention on themselves.

The first photo shows the girls with their back turned towards the camera, with their bottoms zoomed in. The caption was describing what they were doing and it said: “thank you mother moon.” The candle and moon emoji only added to the spectacle that was this event. After this one, the next photo is less provoking, with girls sitting in a circle with their hands held together. But, the shocking part was left for the end. 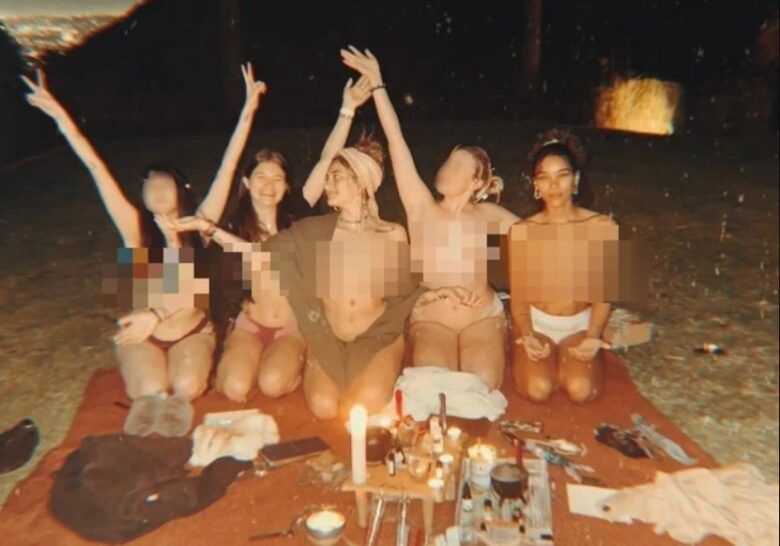 In the last photo, the girls are topless with their bodies turned towards the camera, exposing everything to the person behind the camera. The intimate parts were blurred out due to Instagram policy, but someone out there has the originals. This photo was captioned with: “tis the season.”

For most people, this is naive witchcraft that has nothing special holding within than making some girls have fun. But, the farmer’s Almanac claims otherwise. According to this magazine by doing this you can achieve the following: “gain perspective and reconnect with the cycles of nature.” Paris Jackson has her own view on the whole thing, and she explained some of her behavior during an interview with Red Table Talk.

Paris and her whole family have unique religious views, and she’s not shy to talk about them. For one, she claims that being special in this domain, helped her come out as gay, and be in peace with it. This is what she said: “I’ve gotten to a point where I respect them and I have a love for them, I respect their beliefs, I respect their religion. Right now, I’m at a point where, to expect them to put aside their culture and their religion, like, expectations lead to resentments.”

Due to this, she made a decision to try new things, and explore these subjects further in an attempt to find what goes the best with her personality, feelings, and life in general. This is why the moon ritual doesn’t come as much of a surprise as it is only one step in her attempt to find her spot in this world’s organization. So far, she’s doing fine, at least that’s how she appears to us.