Rita Ora’s fans were left dumbfounded when Paris Jackson, the daughter of the King of pop, commented on one of the singer’s posts.

Recently, the British singer shared with her 16 million Instagram followers that she was named the most-played female artist of the 21st century in the UK. To celebrate the top spot, Ora uploaded a series of photos captioning them: “So this cool ? 21st century eh? Well thanks guys I’ll take it! I’m grateful everyday, the 21st century is pretty long so to even Be considered is just so awesome”.

The pop singer hinted that she is working on some new tunes, commenting: “Back to the studio, I go where it all began. And the gym and a tattoo I got to support the power I put into protecting and trusting myself. Be kind to yourself. Be patient. Never give up on what believe in. I love you“.

In the first photo, Rita is seen wearing a black jumpsuit and a baseball cap while pouting for the camera.

Another photo showed a pop singer’s workout routine in her garage. The last photo was of Rita’s hand where she tattooed her mantra “Power”.

After Rita shared her thanks to the fans, comments of support and congratulations rolled in. One, however, stood out. The daughter of The King Of Pop replied: “I’ve also been one of the most played but I’m not talking about my music.” Realizing the improperness of her comment, Paris Jackson swiftly added: “Just kidding, I love you and I’m so proud of you boo.”

It didn’t sound like a joke to anyone. The army of Rita Ora’s fans quickly picked up on the rude comment and started questioning Paris’ intentions. One online user asked: “@parisjackson girl what?”, while another said: “@parisjackson you woke up today and chose violence.”

On the other hand, there were the ones who went along with the joke: “@parisjackson what do you think about Selena Gomez?”

The posting gathered over 110K likes and 600 comments. 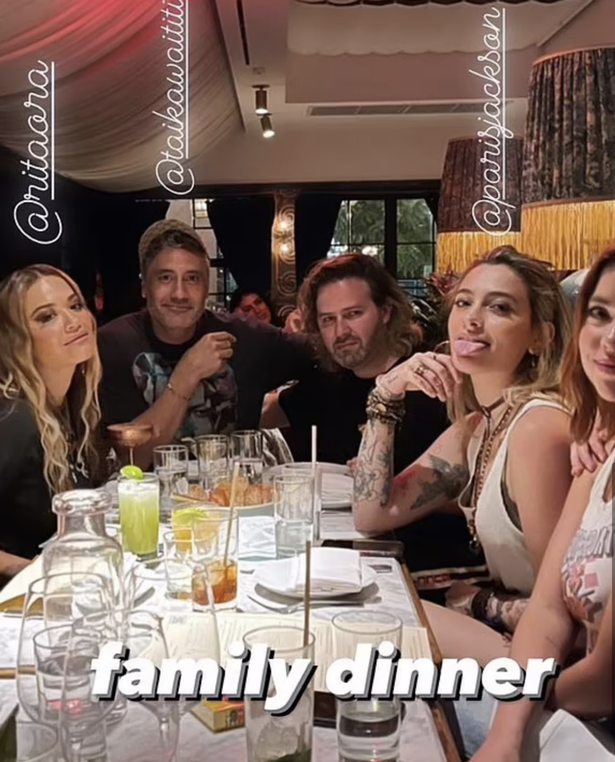 Rita Ora, 30, hasn’t commented on Paris’ outburst. The two seemed to be close friends just a couple of months ago when they posted photos of sharing a dinner. Besides Paris and Rita, joining the dinner was Rita’s “Thor” director beau Taika Waititi, Ashley Benson, and real estate agent Michael Braun.

The 23-year old model is the only daughter of late Michael Jackson and Debbie Rowe. After making a notable career in the fashion business, Paris put her musical talent on display last year. She signed with Republic Records releasing her first single in October of 2022, called “Let Down”. So far, she failed to get her big break on the music charts.