Melania Trump Has a Cat Lookalike In Great Britain

THE SUN – 01/05/2020: There’s a woman in Great Britain who believes that her cat looks just like the first lady of the United States Melania Trump. Cordelia Richards was not aware of this until her stepmother Joanne pointed out.

While many won’t see the resemblance, Joanne insists that the first lady and the cat have a lot in common. She even took out her phone with a picture of Melania on it and put it next to the cat to prove her point.

The cat’s name is Sophie, and if she and Melania have something in common, it is a disinterested look on their faces. While all of this comparing was occurring, the cat was cleaning her fur and ignoring the two women. 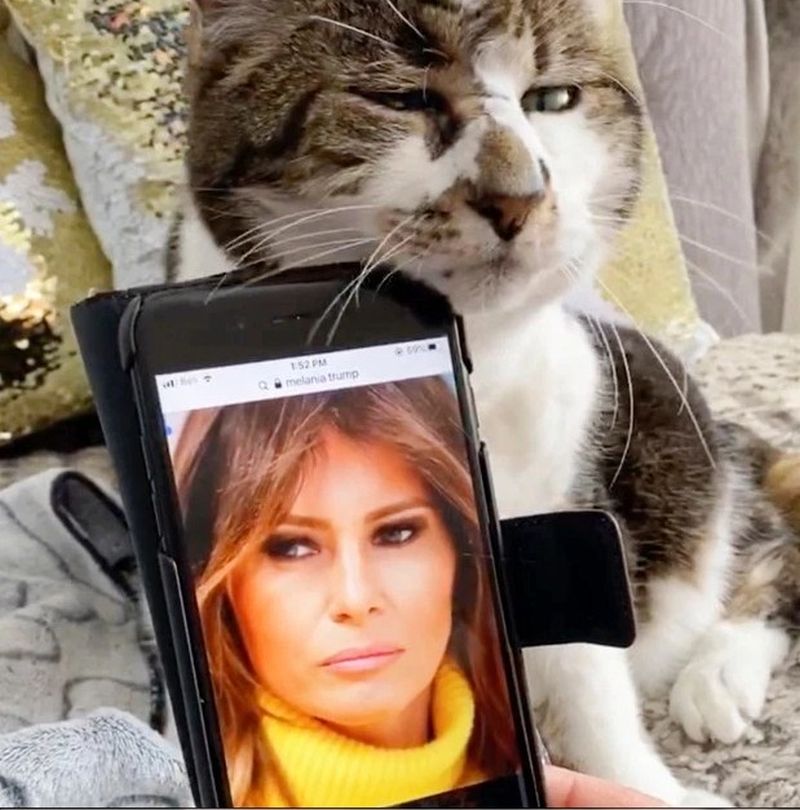 While the owner of the cat never thought that her cat resembles any living person, let alone the first lady of the United States, her stepmother claims that she’s been arguing this for months. She even called their look-likeliness uncanny.

Read Also: If Donald Doesn’t Get Reelected Melania Trump Could Divorce Him

The two women made it to the same page, agreeing that at least both Sophie, the cat, and Melania Trump are both beautiful and elegant, so they at least have that in common.

Cordelia later stated that she was amused by her stepmother’s claim but didn’t expect that the video that two of them made comparing the cat with the first lady will go viral. While she had fun doing it, her stepmother is very proud of what they achieved. She even started crying upon hearing that their video is making rounds all around the world.

We are not sure if the video and the photos made it to the White House for Melania Trump to see them, but we are confident that she would approve. After all, it’s nice to be compared with someone good looking even if it is a cat.

Could It Be That Melania Is Backtracking on Her First...

If Donald Doesn’t Get Reelected Melania Trump Could Divorce Him