That it is easy to become a celebrity in the USA is shown by the example of Meghan Markle’s brother, Thomas Markle Jr. who without any talent became a famous person and as such entered the Australian VIP Big Brother.

Unlike his sister, a talented actress, who built her career starring in the popular series “Suits,” Thomas Markle became “famous” for not having a good relationship with Meghan, and for deciding at every turn to speak ill of her. He spent a lot of time on TV talking about how Meghan is dull, shallow and how she’ll destroy the Royal family, but never did anything significant.

Apart from the fact that his paternal sister married a British Prince and that in 2019 he performed at the boxing tournament of celebrities in Atlantic City under the nickname ‘Duke’, it is not known what 55-year-old Thomas Markle Jr. is. earned celebrity status, but the producers of the Australian ‘Big Brother VIP’ reality show ranked him among the 12 celebrity contestants.

In the first trailer of the upcoming reality show, in which, among other celebrities like Caitlyn Jenner and former political aide to former US President Donald Trump – Omarosa Manigault Newman are present, Thomas Jr. gives a hint that he will instruct the Australian audience in the secrets of the Royal family, or whatever he thinks he knows.

Thomas used his first few seconds of fame to point out to Australians that his 15-year-old half-sister is ‘shallow’.

In the trailer, Thomas describes himself as the eldest brother of all, and he did not miss the opportunity to brag that he warned Prince Harry not to marry Meghan.

“I’m Meghan Markle’s brother, I’m the biggest brother of them all,” is the first sentence you can hear from him.

“I told Prince Harry, ‘I think it’s going to ruin your life,'” Thomas says as he gets out of the limo and explains, “She’s very shallow.”

‘I told the prince’ sounds more powerful,  yet the truth is that Thomas actually warned Harry by handwritten letter on the eve of the Royal wedding in 2018 that it was not too late for him to cancel everything.

He also wrote to him that Meghan is clearly not the right woman for him and that the ‘Suits’ star is a below-average Hollywood C-category actress who doesn’t get roles and is now trying to become a princess.

Thomas Jr. did not receive an invitation to the royal wedding, nor did his sister Samantha Markle, who also spoke openly on several occasions about her alienation from Meghan.

‘Big Brother VIP’ isn’t the first, and probably won’t be the last time that Thomas Jr. uses the name and status of his half-sister in an inappropriate manner to his advantage. 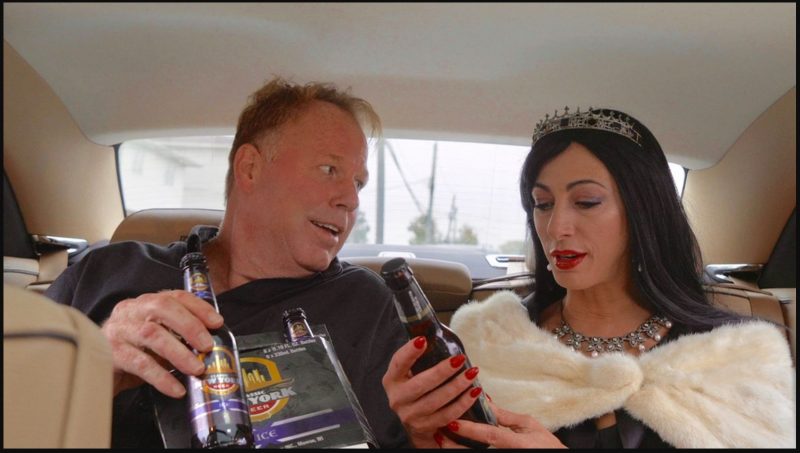 Two years ago, he appeared in a beer commercial with a picture of Meghan Markle, in which he is shown in an attempt to steal the crown of Queen Elizabeth II from Buckingham Palace, but instead of the queen’s crown, he chose a box of beer.

‘I don’t think anyone should be upset about that. It won’t make anyone angry, ‘said Thomas Jr. for The Post, suggesting that to his half-sister and Royal family the commercial might even be funny.

Meghan is known for never addressing her estranged family in public, but we are very sure that if Thomas continues to slander her, she will file a lawsuit against him.

A Guide to Self-Care In 2022: How We Should Look After Our Bodies