Never before has there been so much focus upon how we produce and use the energy that modern societies need to function. Worries about the impact of human activities upon the earth’s climate is one major contributing factor to this concern.

To this we can add the consequences that the ongoing Covid pandemic is having upon the global economy and in particular, rising costs of living, partly attributed to increases in energy prices. Here we take a look at some developments in the field of LNG innovation – an increasingly important part of our energy world. Liquified natural gas or LNG as it’s better known, dates back to the early years of the 20th century, with large-scale commercial operations beginning in the United States in 1940. The natural gas liquefaction process starts with the removal of certain gases and substances from the gas stream. These include hydrogen sulfide, helium, carbon dioxide, most of the ethane, propane and butane present as well as water and mercury.

Once this is done, what remains (typically over 90% of methane with small amounts of ethane, propane and butane) is cooled down to between minus 145 and minus 163°C. This reduces the volume of LNG to one 600th of that of natural gas, making it far simpler and safer to transport. Rather than being wasted, the propane and butane are often separated to produce LPG – Liquified petroleum gas – another product.

Once arrived at its destination, the import terminal, the carriers discharge their cargo into storage tanks where it remains before being regasified and brought to the end user by means of gas pipelines. The cargo may also be transferred – still in liquid form – to other transportation methods such as LNG tanker trucks and brought to the consumer by road.

Coping with extremes of climate 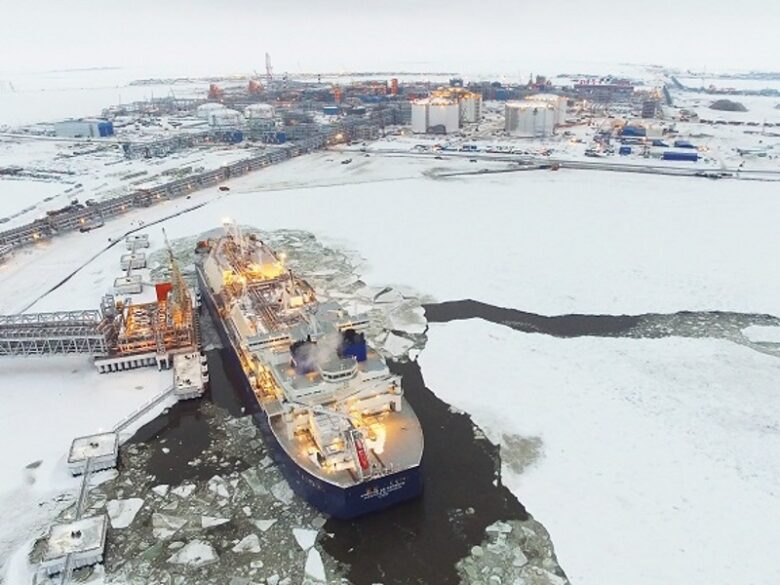 To date, many LNG production facilities have had to grapple with the climatic challenges of working in either very arid conditions or in tropical climes – think North Africa, the Middle East, Northern Australia, Malaysia and Indonesia.

In recent years, however, a number of production facilities and liquefaction terminals have been constructed in the world’s northern regions, including Norway and the Yamal LNG project in northern Russia, with both these projects being well within the Arctic Circle.

The Yamal peninsula is one of the most hostile environments on earth – in fact, Yamal means ‘end of the land’ in the language of the indigenous Nenets population. Temperatures here can dip down to -50°C in the depths of winter and remain below zero for most of the year.

There were challenges associated with both the construction of the LNG facility and shipping the end product from such a harsh environment. To start with, the layer of permafrost underground required extensive piling to ensure the stability of the plant’s foundations.

However, to ship the LNG from the facility to major markets in Asia required LNG innovation of a different order. This innovation takes the shape of ice-breaking LNG carriers. A key benefit of these ships is that they offer a way of shipping LNG along what’s called the Northern Sea Route along the top of Russia to reach South Korea in just 15 days.

Ironically, although these conditions of extreme cold obviously pose many logistical and engineering difficulties, there are advantages to consider as well. The very low ambient temperatures naturally boosted operating efficiencies and cut energy consumption for cryogenic equipment!

Some LNG production sites are located in very remote parts of the world, from the Norwegian and Russian Arctic to northern Australia and Papua New Guinea. Part of the genius of LNG lies in the way in which it enables this resource to be transported safely from areas of production to centers of consumption, sometimes over distances stretching to thousands of miles.

Demand for LNG has increased steadily over the past few decades and hit 360 million tones last year. It’s expected that by 2040, global consumption will be twice that amount. When LNG is regasified, it’s typically just fed back into the gas pipeline network to be used in homes, offices and factories. However, it may also be put to use to meet peak demand needs (this is called ‘peak shaving’), when normal pipeline supply is inadequate to meet requirements.

The other major destination of LNG is the transportations sector. LNG can be used in modified internal combustion engines and there are already thousands of trucks powered by LNG on the road today. LNG-powered trains are currently in operation in Florida and soon in Estonia, whilst more than 170 ships propelled by LNG ply the seas. That number is set to go only one way – upwards.

The rise of LNG transportation by sea 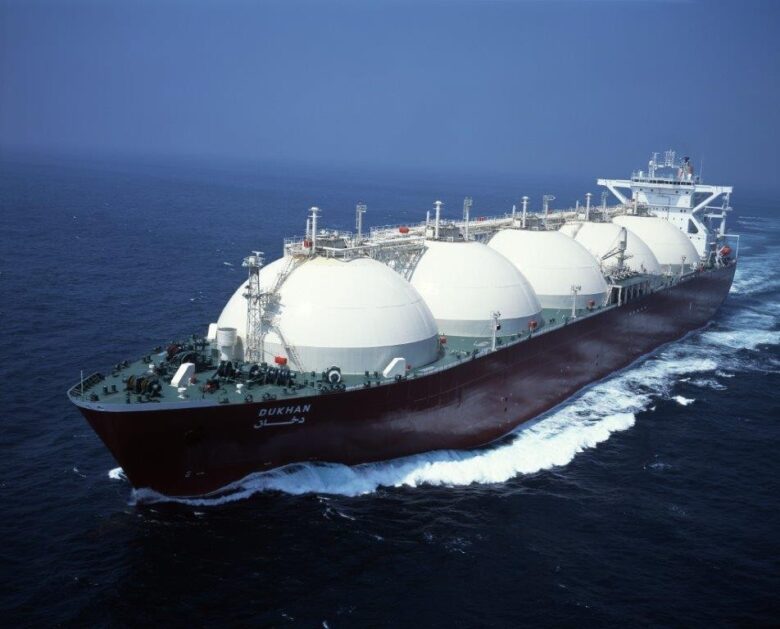 The world’s first tank ship dedicated to the transportation of liquified natural gas was converted from a cargo ship in 1959, when it transported the world’s first cargo of LNG between Louisiana and the Canvey Island gas terminal in Essex, UK. With the transportation of LNG by rail still extremely rare (although regulatory change may be on the way which might make it more common), the easiest way of transporting very large quantities of LNG from sometimes extremely remote production sites is by these specialist ocean-going vessels.

An important milestone in the field was reached in 2018 when the world’s first FLNG (Floating Liquified Natural Gas) system began operation off Western Australia. This technology can help cut costs by enabling LNG carriers to take on gas directly from offshore gas production sites without the need for it to be piped onshore first. These operations are termed LNG STS operations, (STS meaning ship-to-ship) and they’re becoming an increasingly common aspect of LNG innovation all over the globe.

Your Special Style Of Essay Writing: How To Distinguish Yourself From Others