Lili Reinhart is yet another in the row of celebrities who decided to share less fortunate stories from their lives. During an interview that she had with Refinery29, the actress opened about the issues that followed her through her life and career including heartache and depression. At moments, she described that she felt as if she was dying.

This wasn’t an easy story for her to share but she was sincere and told us: “I couldn’t see the light. I was like, I feel like I’m dying. It was fucking rough, and there’s no other way through it than just through it.”

The Hustlers star continued by saying: “I’ve seen a lot of people when it comes to heartache and grief and breakups, and they try to get that void filled with sex, with coke, with food, with drinking, but the void is still there.”

She wasn’t shy about making a statement when the time was right to deal with her issues: “I took the road less traveled and just dealt with my shit. I had to face my own pain head-on.”

While the actress that appeared in TV shows such as Riverdale and Hustlers didn’t openly admit what was causing her issues, she did hint at it on one of her Instagram posts. The one event that did leave her quite sad and quiet was the death of her grandma in 2018. She shared her photo and left a caption that held the following words: “My Nana went to heaven this morning. I’m heartbroken. Speechless. All I can say right now is how loved she was by her entire family. We will miss her more than words can say.”

Another event that probably had an effect on how she feels was the breakup with her longtime boyfriend and co-star Cole Sprouse. While discussing the events that are making her life in recent times Lili said “The last couple of months have probably [been] the most emotional few months of my entire life.” The situation escalated quite a bit for the young actress that she needed the help of a therapist.

During the conversation with the therapist, she was told: “Your body’s going through withdrawal from love. You’re used to having this exchange of happy chemicals between you and the person that you’re with.’”

While reflecting on this Reinhart added: “In moments of my life, I have dropped every ounce of pride that I had just to be like, ‘Love me. Please take the pain away for a day, a second, an hour, just so I can feel that fix again.’” 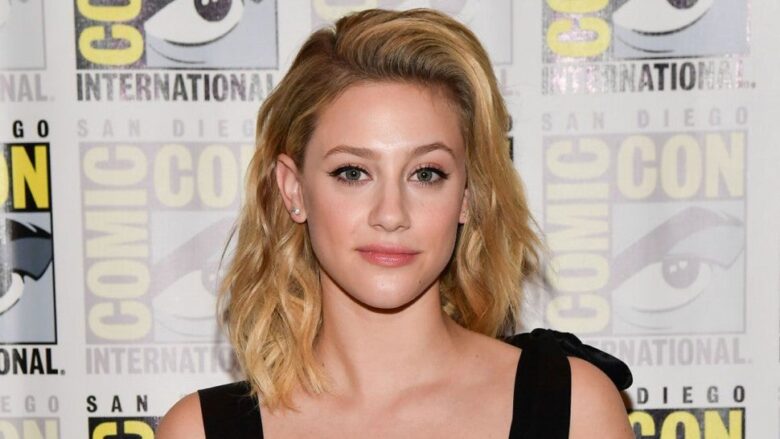 While things haven’t been going her way in recent times she said that at the moment she’s coping well. The ongoing projects that she has in abundance certainly help. At the moment she’s working on a poetry book in her writing named Swimming Lessons. Furthermore, we’ll be able to see her in a film called Chemical hearts. According to the young actress, her poetry book is something that she put a lot of work and emotions into. Because of the massive personal touch, she’s more than worried about how the audience is going to see her work.

Talking about her writing experience, Lili said: “I felt the need to write that because I was scared — and I am scared — that people are going to try and create their idea of what my love life looked or looks like. I’m not saying my boyfriend fucked another woman. I’m saying, I felt betrayed.”

Like it is usually the case, the media misrepresented some of her words, and she had to take matters to Twitter t explain that the subject was the depression and that it doesn’t need any detours.

Quotes taken from my most recent interview are not about a “breakup.” They are about the depression I’ve felt over these last few months. Tired of people taking my words out of context and piecing together their own story for clickbait.