Kourtney Kardashian, 40, showed of more than her cooking skills in some revealing kitchen photos. The reality TV star and executive put on a gorgeous emerald green sequin gown and hit the kitchen for some cooking.

However, the best part of the backless floor-length dress is the booty cleavage. In the photo, Kourtney is looking back at the camera while setting the stove temperature, while in the second one, the proud mother of three is seen from the side as she is stirring. 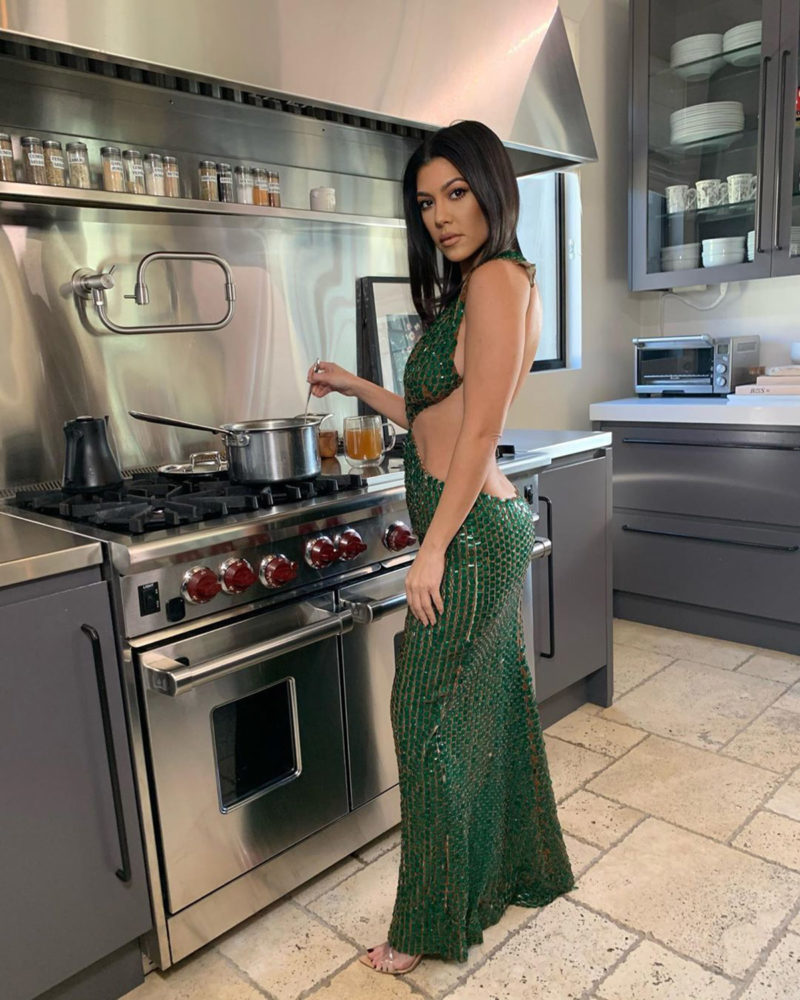 The caption reads, “Cookin’ up positive-tea,” which is really clever. One of the comments in the section was from her own brand Poosh, and it reads, “LOVE This Apple tea!”

When it comes to fans, they expressed their amazement with the magnificent photos and had a blast while praising her figure and dress, while also teasing her cooking skills and noticing it is all just a publicity stint. 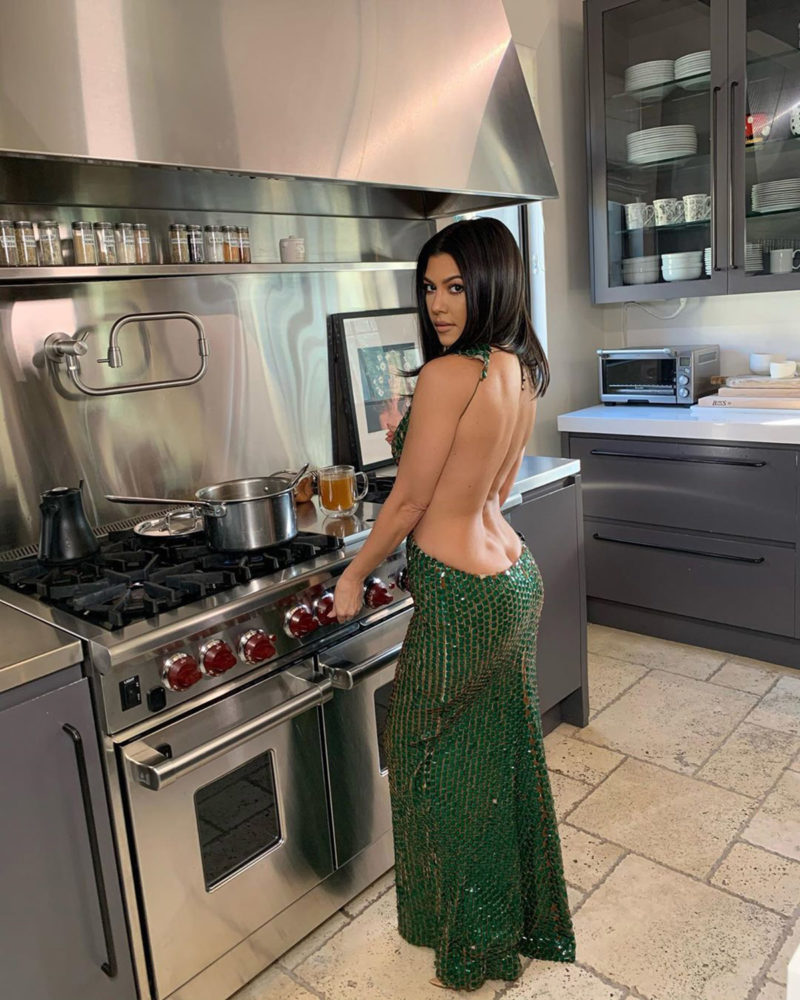 “The stove is not even on,” one fan commented, while another said, “I hope you ain’t cooking bacon.”

Read also: Does Kourtney Kardashian Want To Have Another Child?

Recently, she has cut down on the spotlight for her family, especially her children Mason, Penelope, and Reign, 10, 7 and 5 respectively. She worries that so much media attention will hurt them, so she is filming less for “Keeping up with the Kardashians.” The source close to her said the following on the matter:

“As Kourtney and Scott’s kids get older, especially Kourtney feels that public exposure is not really beneficial for the kids.

There are already trolls that post nasty comments about the kids. They are too young to read about it yet, but Kourtney would hate for them to read it as they get older. She feels more and more protective of the kids.”