Kim Kardashian just entered a new phase in her life. This is at least what we can concur from her latest outfit. The reality TV star was spotted in New York wearing an all-leather outfit, channeling her inner domino lady. Kim isn’t one to shy away from various experiments, but this is the first time she has ever attempted something like this. Of course, she’s in a phase of her life that’s not ordinary by any means so everything could be justified.

We’re used to Kim leaving an impression on us all with her outfits, but this time she moved the boundaries even further. The leather outfit covered her whole body, and yes, there was even a face mask included. She was also channeling her now ex-husband Kanye West who was spotted recently wearing a mask too. The Keeping up With the Kardashians star was photographed upon arriving at NYC Ritz-Carlton Hotel. 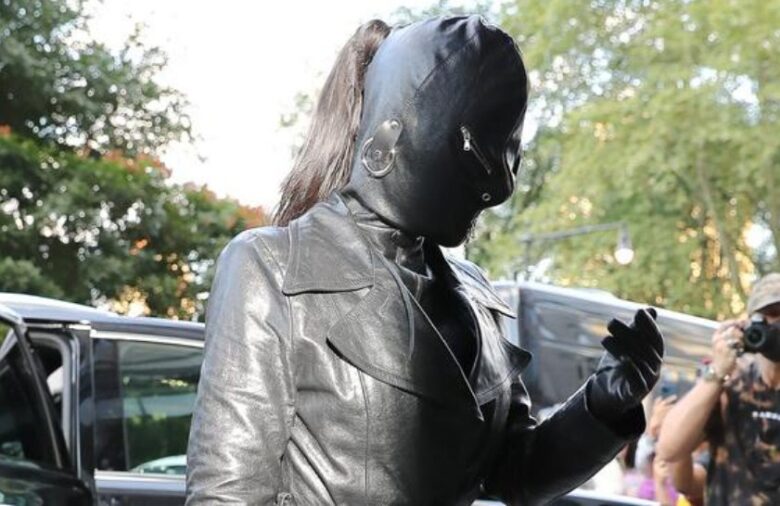 The head-to-toe leather outfit gave out Catwoman vibes from Kim. It was all completed with a letter coat which covered her from shoulders to ankles. We’re not sure if she’s looking for a film career, but we’re sure that if this is the case, Batman producers should seriously look into her as the choice for the net Catwoman. This is a role that would suit perfectly the newly-found Kim Kardashian.

The reason why Kim is in New York City is her presence at the Met Gala which will be held on Monday. There will be many celebrities present at the event, and Kim is the only one in the sea of those incoming. In recent times she was heavily criticized for her approach to fashion and her outfits. The once-fashion-icon made an u-turn from haute couture to three-ring fashion which wasn’t very well accepted in higher fashion circles.

Her appearance and change of fashion direction caused the Met Gala to be considered a lesser fashion event than it once was. Talking about the event, historian Bronwyn Cosgrave said: “It used to be the high-fashion event of the year. Now it’s an elaborately themed costume ball.” 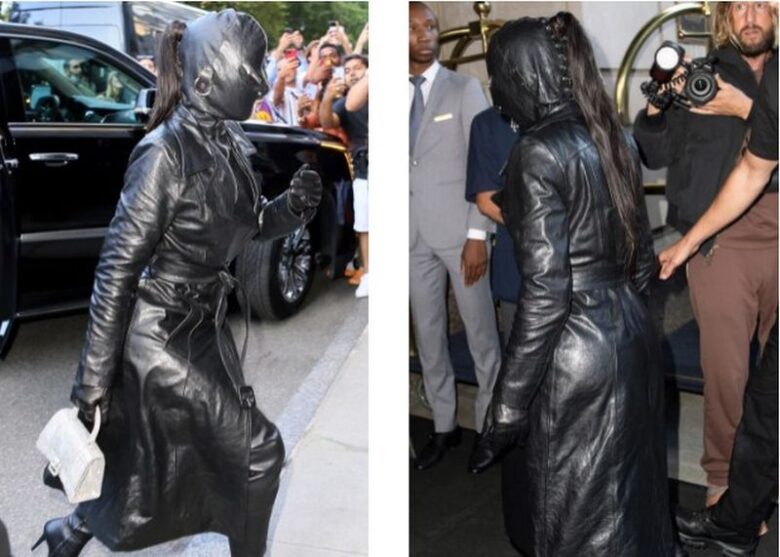 Kardashian did nothing to disapprove of these comments as she looked just like Cosgrave described with her leather trench coat, stiletto leather high heels, and an all-around leather outfit. The one part of her that could have been seen was her hair tied in a ponytail. Even her eyes were covered, with both of them having zippers on the side, so on desire, she could even close the eye holes.

Her appearance had the intention to cover up her general appearance. At the moment, Kim is going through a messy divorce with her ex Kanye West. In the midst of a divorce, there are rumors of reconciliation, which makes things even messier. Or, it could be the case that Kim is preserving her looks of the Met Gala itself, and this outfit was only a decoy from what she’s planning. Whatever may be the case, we wouldn’t be surprised if her face was covered comes tomorrow evening. It’s a West/Kardashian thing we won’t even try to figure out the meaning behind it.

White House Has Seen the Last of Melania Trump