While they’re getting divorced, it would seem things are well between former lovers. After all, they have a family together, so it is no wonder they ought to spend some time together.

They are living their lives according to all modern standards, and co-parenting won’t be an issue for the two. The divorce is not an easy task for anyone involved but the way things seem their children won’t suffer even in the slightest.

Keeping up With The Kardashian’s star found no issues in traveling almost coast to coast to be with her ex-husband and their children. She flew from New York all the way to the Bay area, San Francisco. She was there greeted by Kanye West and their four children. Luckily they have all the money at their disposal and trips as this one are no hard task both for Kim and the All of the Lights singer. 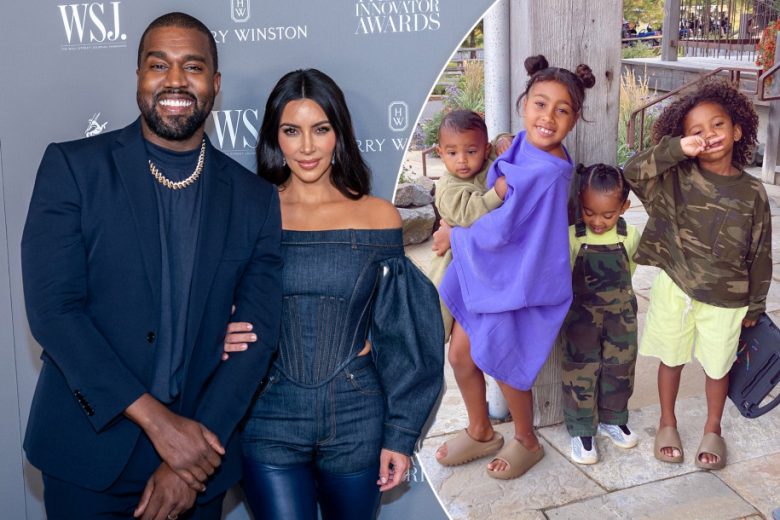 As we said, they are wealthy and influential so it is no wonder they paid a visit to the Asian Art Museum. The peculiar part is that they did this before the place was opened for visitors. The entire family went there including Kim and Kanye and their four children North, 8, Saint, 5, Chicago, 3, and Psalm, 2.

A source close to the famed couple made a statement regarding their visit to SF: “They are getting along great, and it was their first public outing together as a family, reconfirming that they are in lockstep when it comes to co-parenting and putting their kids first.” Their stay together was a short one due to the business obligations both had to attend to.

The rapper headed to Las Vegas where he had a listening party for his upcoming album, while Kim went to Los Angeles with their children. While they headed in a different direction, San Francisco is the place where the rapper famously proposed to his now ex-wife. After an engagement that played out in 2013, they got married the next year in Florence, Italy.

The news of their breakup spread like wildfire, and Page Six one was on the outlets that first reported the news together with many others. Nothing suggested that the marriage between the Yeezy founder and the most famous reality TV star was coming to an end before it was all over. The pair wanted it this way, and they settled on most issues in months before Kim filing for divorce.

A source close to the couple told at the time: “Kim got Kanye to go [to Wyoming] so they could live separate lives and quietly get things sorted out to separate and divorce. She’s done.” So far, Kim didn’t move on, as she remains single to date. On the other hand, Kanye was quick to jump into a new relationship with Russian supermodel Irina Shayk. While things were dreamy for the new couple, it would seem they’re in an on-and-off relationship. A source close to Shayk/West couple stated: “She likes him as a friend, but doesn’t want a relationship with him.”

The Truth About Whether Angelina Jolie’s Son Maddox Was Adopted By All Regulations, Is To Be Be Explored Again In New Documentary