Camera Systems: A Way to Keep Your Home Safe

Sometimes, homeowners can be a little uncertain about their rights as it relates to individuals coming onto their property or entering their homes. However, it’s actually not all that confusing.

According to Salinas Trial Law, “the three types of people entering a property are an invitee, a licensee, and a trespasser.” As the property owner, you get to bring the invitee onto the property on your say-so. The same is true of a licensee, which would be someone like a salesperson. 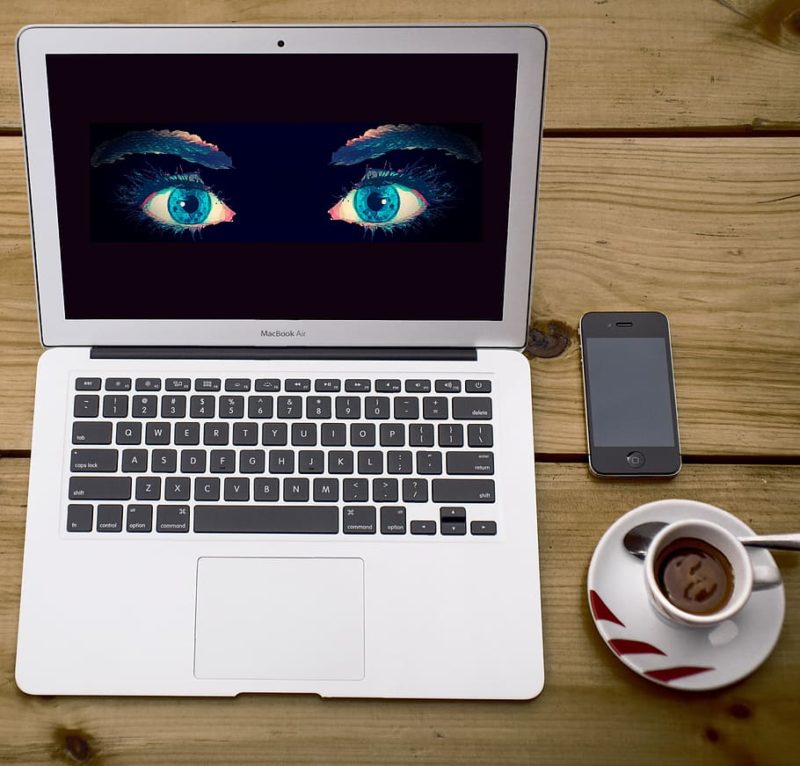 The third type of person, a trespasser, is someone who comes onto your property without your permission. They might be there to rob you or do you harm. In many cases, you’ll have no way of knowing why they’re there, but one thing’s for sure: you didn’t invite them.

During the Covid-19 pandemic, people are spending more time at home than ever before. Some of them are giving more than a passing thought to getting some additional home security. But what are the best ways of doing so?

A camera setup is a viable way for you to keep your home safer. It’ll be a relief to you while you’re in quarantine, and afterward, when you eventually return to work. 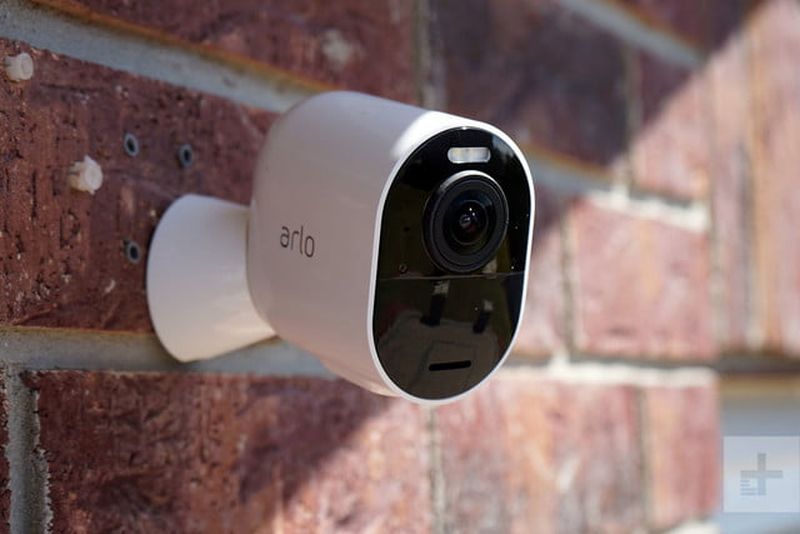 Wireless camera systems for your home are becoming more popular these days, and there are several great ones on the market. Some of the best examples are:

Arlo has several generations, and they’re all available through online marketplaces like Amazon. Usually, all you need to install the cameras is a screwdriver or a power drill. If you’re trying to place them where there’s vinyl siding or something to that effect, you should find it quite easy.

If you’re installing the cameras by affixing them to brick or sturdier building material, you might need to get that professionally done, unless you have a diamond drill bit.

Blink is a system that comes in at a bit of a lower price point. Like Arlo, you can get them on Amazon in two or three-packs, and you can buy additional ones if you have a larger property with more ways of ingress and egress.

Some people like Blink is a bit more than Arlo. That’s because Arlo uses rechargeable batteries. They’re more environmentally-friendly than the single-use ones that Blink requires, but the Blink ones last a lot longer between battery changes.

The Benefits of the Wireless Camera System

Wireless camera setups work so well because you don’t need to hire an electrician to drill into your walls. But, if you need professional support, check electricianservices247.co.uk. You can set them up within a few minutes in most cases, and there are apps that come free that are easy to install on both Android and iOS devices.

Either the Blink or the Arlo app can be downloaded to your:

From there, you can modify your cameras as you see fit. You can get them to take videos of different lengths, and you can set the sensitivity so that they pick up the slightest movement.

However, keep in mind that if you increase the sensitivity, that’s probably going to mean your batteries will get drained quicker. If you live on a busy street and the angle is set so that the cameras are picking up passing traffic, you will receive a recording of every vehicle that goes by.

It will probably take some trial and error to determine the right sensitivity level for your situation. Most people like to set up their cameras so that they only pick up people who are approaching. The sight of the cameras should help to deter those trespassers from picking your home as a target.

What About Wired Camera Systems? 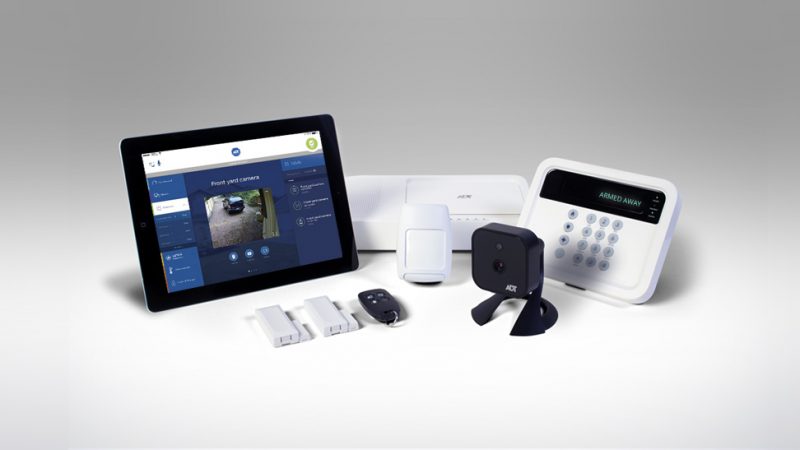 There are also plenty of choices for wired camera setups. Night Owl makes some good ones, and then there’s GW Security. GW has configurations that come with a dozen cameras or more, which you might want if you have a huge property.

The nice thing about wired cameras is that the quality of the recordings you get is often superior to that of their wireless counterparts. You can show those recordings to the police if that’s ever necessary.

There are a couple of reasons you might want to go with the wireless versions. For one thing, there’s a significant cost difference. With Arlo, Blink, or one of the other popular ones, you might be shelling out a few hundred dollars. You can easily spend thousands if you opt for a wired system.

Also, there’s the sense that some people have that a wired system is a level of security that they don’t need. Unless you live in a neighborhood that’s a real war zone, the cheaper, less extensive wireless cameras seem to be a more popular choice. 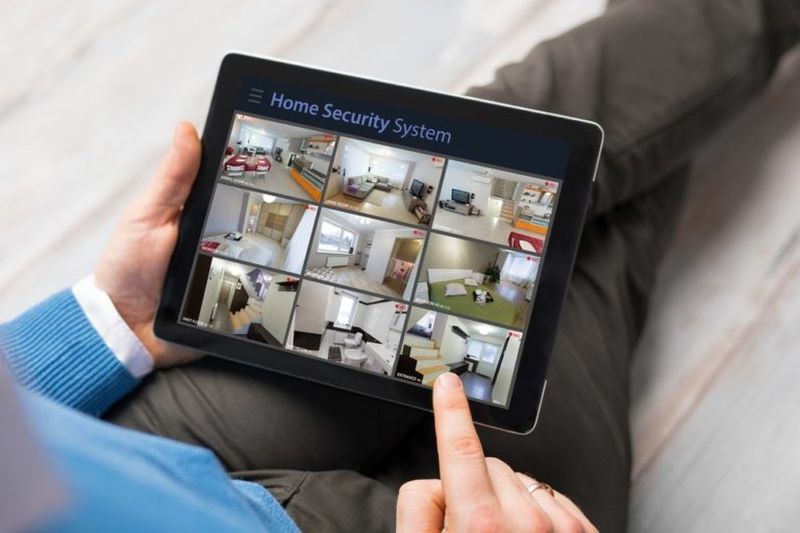 We’ll also touch briefly on home monitoring systems like the Ring. Ring is a doorbell and security camera combo, which has made a splash in this market recently. You might have seen one of their commercials.

Setups like the Ring and some of its competitors are appealing because when someone approaches your front door (or back door), you get an instant alert on your phone. You then have the option of speaking to that person in real-time. If you’re out of the house and getting something delivered, having a Ring is a great way to combat porch pirates.

The Ring also has an app that’s free to download. The one real drawback with some of these setups is if you want to have the optional remote home monitoring. This is where you have a security team at a remote location that gets clued whenever there’s a possible emergency at your house.

This kind of system is excellent from a security standpoint. It’s just that you have to pay a fee to that company every month rather than the one-time cost if you get a couple of Arlo or Blink cameras.

As you try to determine which of these setups will work best for you, consider how much money you have to spend, and how big your property is. You should also think about whether you’re okay with paying a monthly fee rather than a one-time financial outlay.

Melania Trump Lambasted For Not Wearing a Face Mask

Jordyn Woods Flaunts Her Curves in a White Dress