American singer and political Activist Joy Villa, 28, does not miss an opportunity to celebrate Donald Trump and his presidency. For the annual Grammy Award ceremony, she opted for a red, white, and blue dress that was very patriotic. It looked like she wore an American flag. 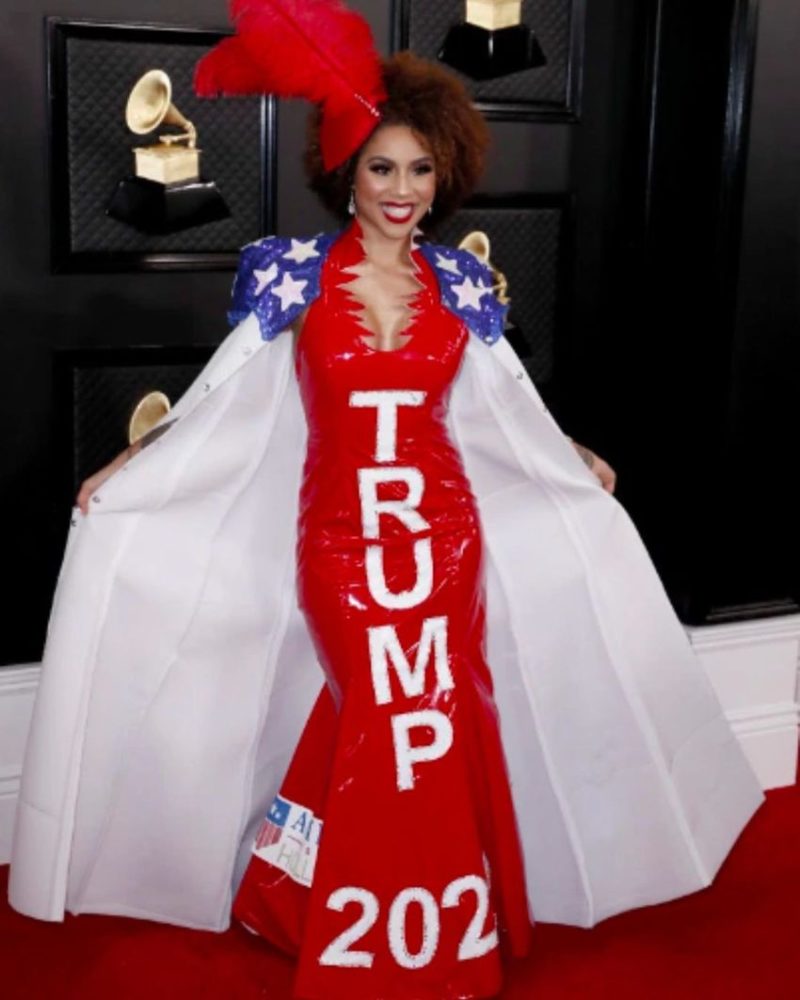 This would not be so controversial if the dress did not have a large “TRUMP” lettering on the front. She posed for the media with a smile on her face, supporting the acting president in his upcoming 2022 campaign.

Along the back, words “IMPEACHED and “re-elected” were written as well. She completed the infamous look with a red feather in her hair, while her small clutch sported the Republican elephant logo.

The young singer is famous for supporting Trump. In February of 2019, she showed up at the MAGA Awards in a toilette dress with a “Build the Wall” lettering, referencing Trumps idea of building a wall on the Mexican border.

As an artist I use my voice for what my heart holds dear: American exceptionalism lifting up integrity, free speech, family values and our beautiful freedom of religion. Thank God for @realdonaldtrump! The first president in USA history to be impeached and re-elected by us, the American people! ??❤️?? dress by @desidesignscouture makeup by @nicholerayartistry IN PARTNERSHIP WITH @viralpac @america_against_hollywood ❤️??❤️ purse by @minikki_1986 .Shoes by @upliftbylily . #joytribe #maga #grammys #grammys2020 #joyvillagrammys #joyvilla #trump2020 #trumpdress #music #politics #usa #afrolatina #lexit #walkaway