It’s Official, Kim and Pete Are The Next Big Celeb Couple

Thing as big as this one is hard to keep a secret. Not that, Pete Davidson and Kim Kardashian tried, but they kept it off the grid for a while. Now, it’s official. It is a real shame that KUWTK is no more, as someone like Pete would be an amazing addition to the Kardashian cast.

After a few publicized dates, the Keeping up With the Kardashian’s star and the Saturday Night Live comedian are officially dating. The age difference won’t be an issue for these two as Pete is already experienced in dating elderly women. In recent months he was also connected to the British actress Kate Beckinsale. Kim is a bit younger, standing at 41, while the SNL star is 28 at the moment. 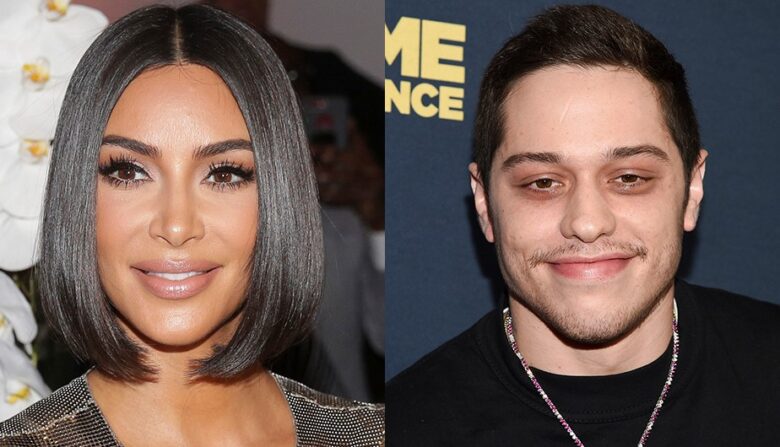 It was evident that the pair could go official, as they were spotted on dates both on the East and the West coast. After spending Halloween in California, Pete took Kim to his home in New York. After a few dates, obviously, Kim and Pete saw that they can bode well together. The King of Staten Island spent his birthday at the mansion owned by no other than Kris Jenner. It would seem that Davidson is already introduced to the rest of the Kardashian/Jenner family.

The funny part is that they used their outing and the birthday party to promote the Skims pajamas, which are designed by Kim. Kris, Pete, and Kim all wore a pair. If this doesn’t signal two people in the relationship we don’t know what might. At the moment the newly-promoted couple declined to comment on their relationship status, but we know how to read between the lines. Not that there was too much to interpret. 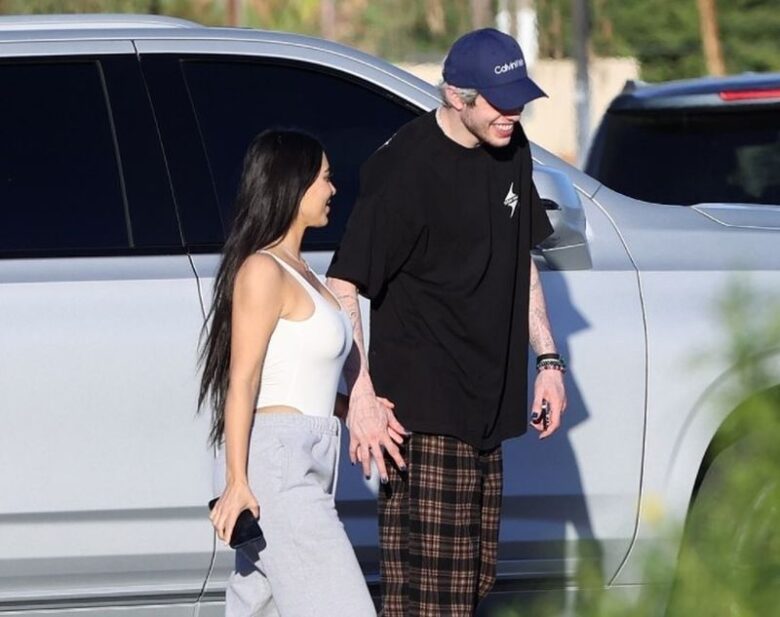 Their first outing together was on October 29th at Knott’s Scary Farm in Southern California. They were photographed holding hands and enjoying a scary ride together. Prior to this night out, they did a sketch together for SNL, where they exchanged the kiss as a part of the act. We could say that this is where the chemistry between them was born. Later they switched coasts and had a romantic dinner at the roof of Campania on Staten Island. We must admit, Pete does know how to make an impression on his ladies.

The next step for the two was attending Simon Huck’s birthday party which was held at Zero Bond. An insider which was at the spot commented on the pair: “They were smiling and laughing a lot and seemed genuinely affectionate with each other.”Most people who saw them together commented that these two know how to behave in public, unlike Travis Barker and the Kardashian that he’s dating. We’ve seen too much PDA from this family in recent months, to be honest.

While Kim is getting back on track, you shouldn’t feel sorry for her ex-Kanye West in the slightest. After being tied to the Russian supermodel Irina Shayk, and releasing his mega-hit album Donda, the rapper is now seeing model Vinetria. Their relationship is also quite young, but the 44-year-old rapper and the 22-year-old social media persona are also attending public events together. They made an appearance at Ye’s Donda Academy’s debut basketball game in Minneapolis.

If you are not up to date with Kim and Ye’s split, the pair made the decision official in January, after which they split. Kim and Kanye share four children: North, 8, Saint, 5, Chicago, 3, and Psalm, 2. Davidson on the other hand is a lover boy in his own right being tied to women like Cazzie David, Kate Beckinsale, Phoebe Dynevor, and Ariana Grande.