Home Celebrities Human Ken Doll Is Back and Has a New Look: Did Ken become a Barbie?
Celebrities

Human Ken Doll Is Back and Has a New Look: Did Ken become a Barbie?

Rodrigo Alves is known as the man who wanted to look like a Ken doll. He was mocked for being ugly when he was a teenager, so he decided to fix everything he could – and much more – to become beautiful. After briefly disappearing from the public eye, he made a big come back on Instagram, posting pictures from Istanbul, Turkey where he had some new plastic corrections. 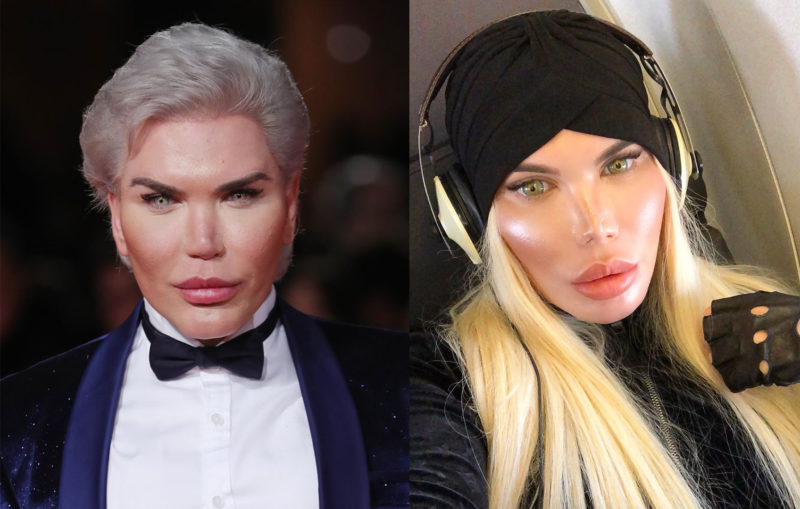 The 36-year-old Rodrigo captioned the photo from the airplane: “Listing to some inspirational tunes to get ideas for a new pop song”.

Rodrigo had a female alter ego named Jessica, who was wearing a blonde wig. Alves spoke earlier about his thoughts on se*uality and said that “people shouldn’t be forced to identify as a particular gender.” Now, he decided to grow his hair and he tends to have a more feminine appearance.

If you were born with the ability to change someone’s perspective or emotions, never waste that gift. It is one of the most powerful gifts God can give—the ability to influence. #capadocia #gucci #turkey

Until Rodrigo’s natural hair grow, he decided to put on extensions. “I love my hair straight and long and I think that I will never have short hair in my life again!! The long hair makes me feel powerful and confident and obviously beautiful”, he wrote on Instagram. 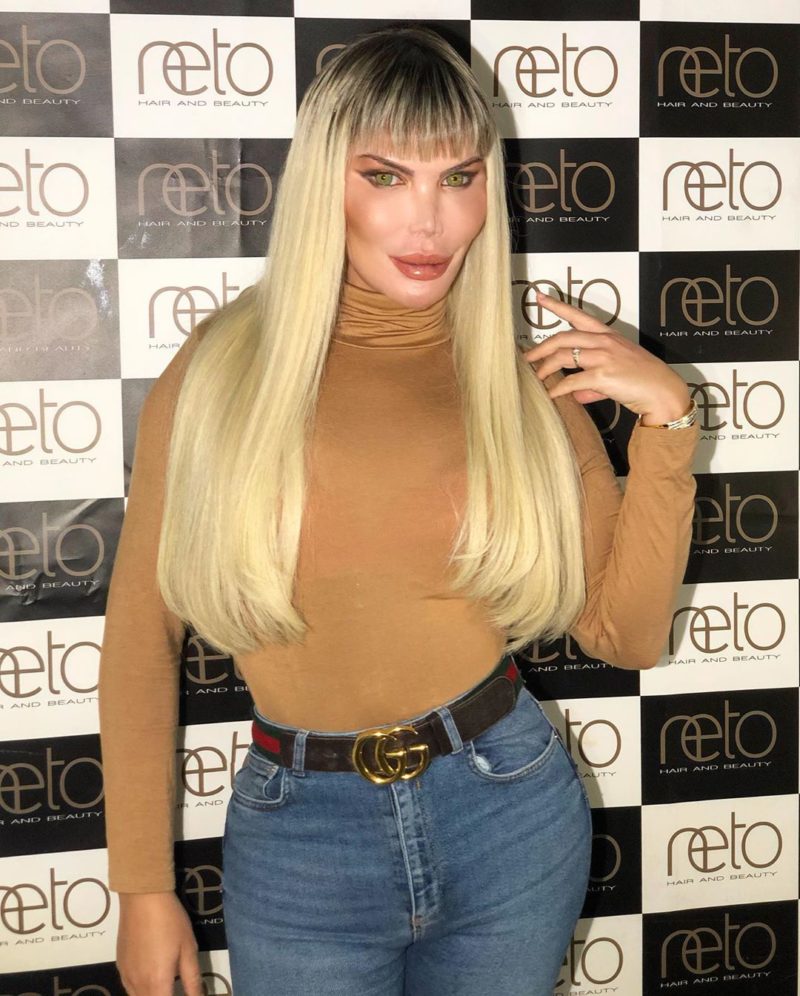 Alves revealed that he also replaced old teeth with new ones on his visit to Turkey. “My old veneers were removed and replaced by the new ones, DKT Hollywood white! Now I can smile with confidence”, he wrote. 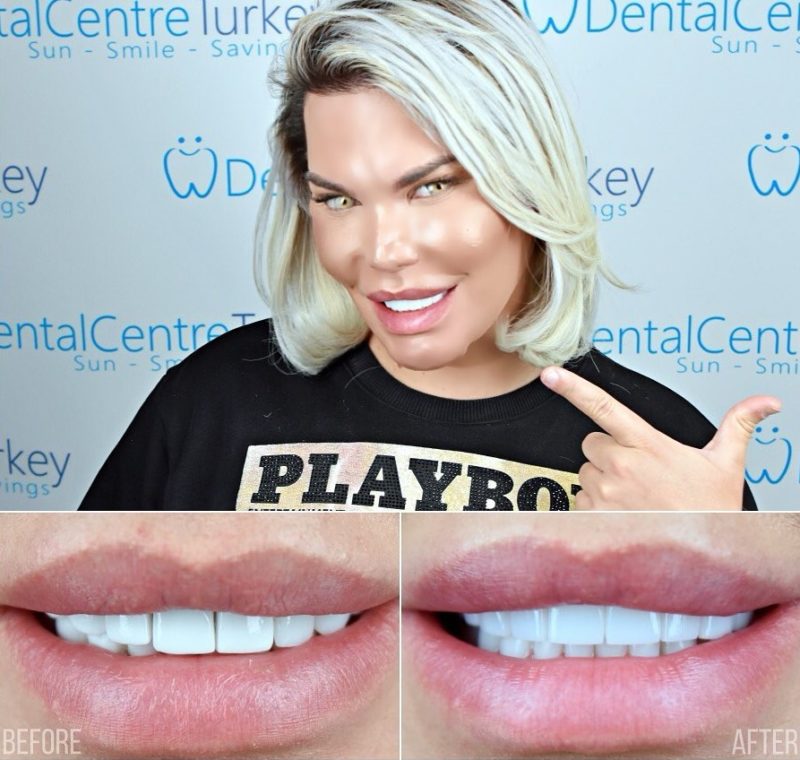 Rodrigo Alves became famous for his plastic appearance and therefore earned name The Human Ken Doll. He was diagnosed with body dysmorphia, a condition in which a person has a distorted view of their body. 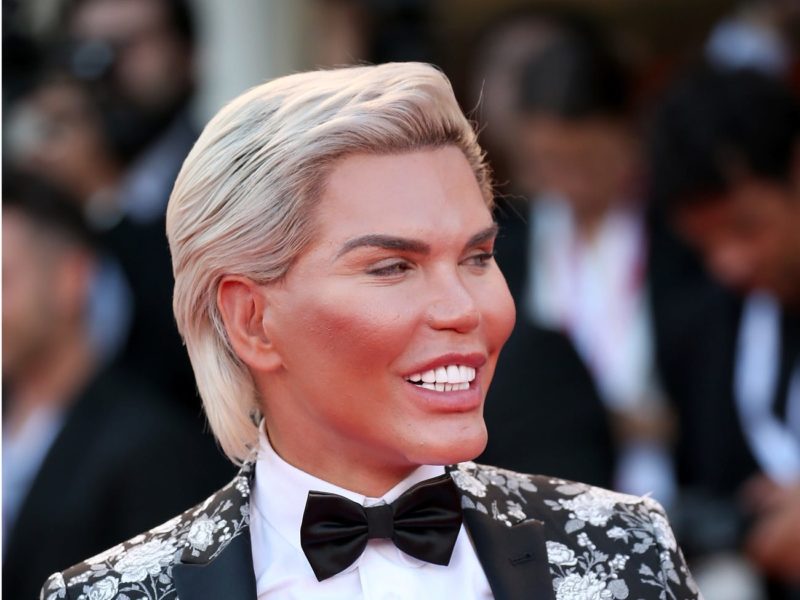 “When I look in the mirror, I don’t see what other people see. I see flaws that I want to fix,” he told London Live.

Until now, he has spent more than $ 750,000 on his 72 operations. Among other things, he had eleven nose operations, several facelifts, butt implants, hair transplants, rib removal, arm fillers to make it look like he had muscle, and he also made a false six-pack. 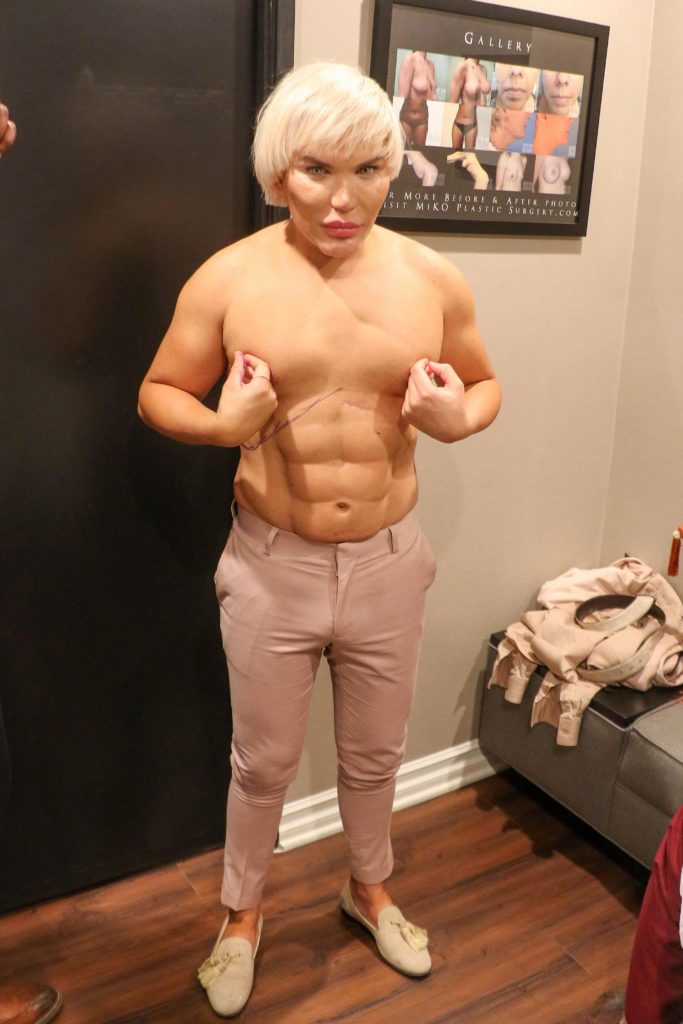 But now, Rodrigo revealed that he removed his false six-pack. He wrote in an Instagram post: “I am very pleased with the removal of my fake six-pack and the fat transfer to my butt #bbl living with that fake abs and was causing me a lot of dysphoria it didn’t match to what I am actually inside.”

I am very pleased with the removal of my fake six pack and the fat transfer to my butt #bbl living with that fake abs and was causing me a lot of dysphoria it didn’t match to what I am actually inside. And I couldn’t not have a better surgeon the amazing doctor @op.dr.serkanbalta who is such a wonderful doctor, kind, professional who understand an individual needs! Thank you @op.dr.serkanbalta & @comfortzonesurgeryofficial be part of my journey ! #bbl #lipolaser #plasticsurgery #beauty

The 36-year-old Brazilian-British TV personality had severe health problems due to numerous surgeries. After a sixth nose surgery, gangrene on his nose appeared, but doctors managed to save it. Due to numerous operations, he can no longer breathe on his nose.

Alves also picked up a potentially deadly bacteria when his doctor injected gel into his hands to look muscular, but he also managed to cure it. 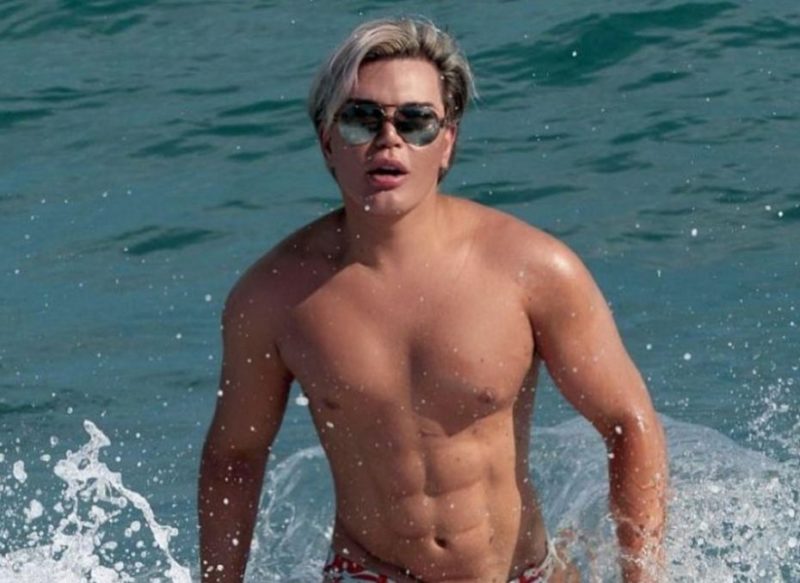 He recently decided to open up about the consequences of the numerous aesthetic procedures he made on his body over the years. Rodrigo recently admitted that his nose began to collapse after his eleventh rhinoplasty in January 2019. 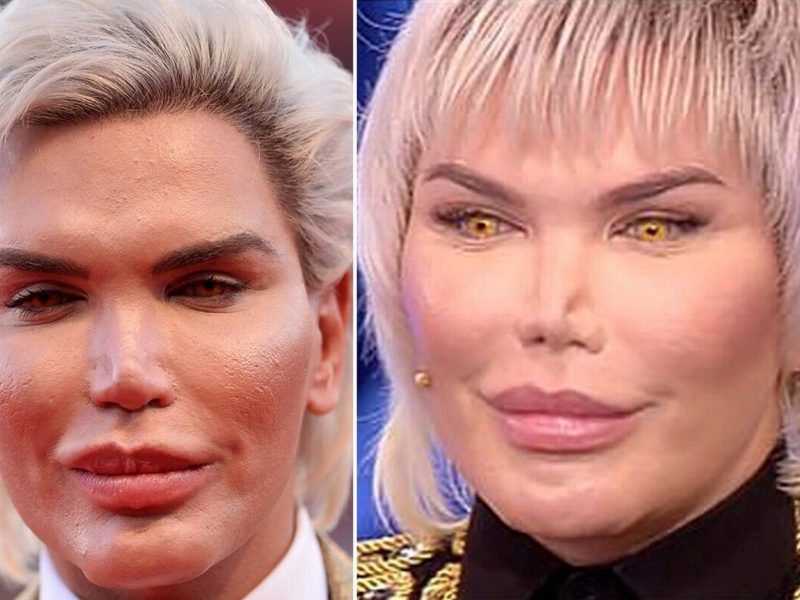 “The results of this surgery were very pleasing at first, but now I am going to have to have another surgery because it is sinking, and I am scared, to be honest. Each time is riskier than the last, and I’m worried that doctors aren’t going to be able to fix my nose permanently”, Rodrigo said to Mirror. What is the danger of this number of interventions? He also says that doctors warned him that he would create a hole in his face if he continued. Despite the warnings, he underwent the installation of a gastric balloon to reduce weight. The love of surgery in his life has grown into an obsession. 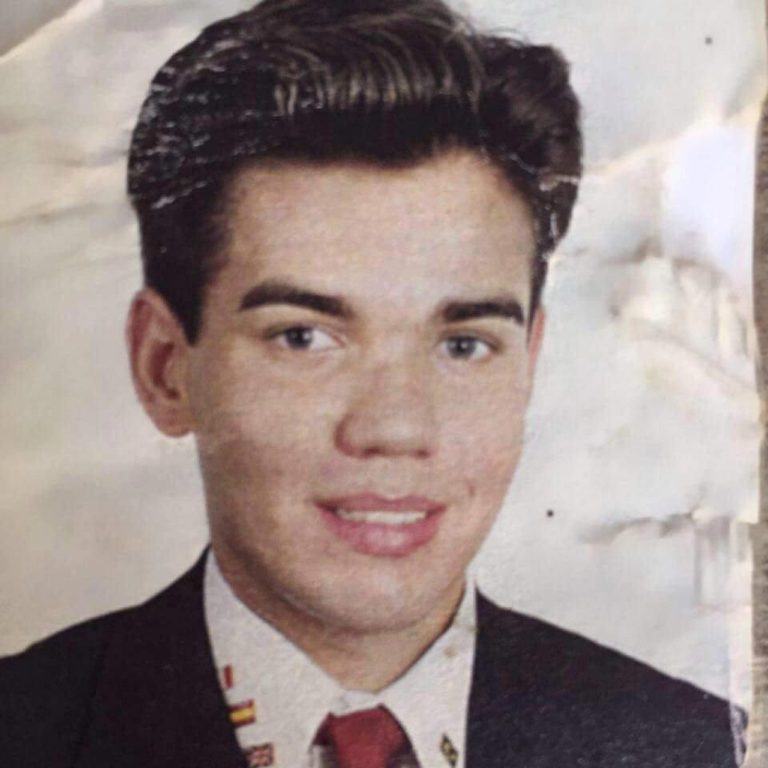 “I only had 72 surgeries because I had a lot of complications, and things had to be repaired in the start”, the human Ken doll said about his history of surgeries.

Rodrigo removed his breasts at the age of 17 after suffering from a hormone dysfunction, which caused his breast tissue to grow similar to a woman. He was bullied because of his “pair of breasts” but also targeted for his “big nose.” He paid $3,500 for breast removal surgery. 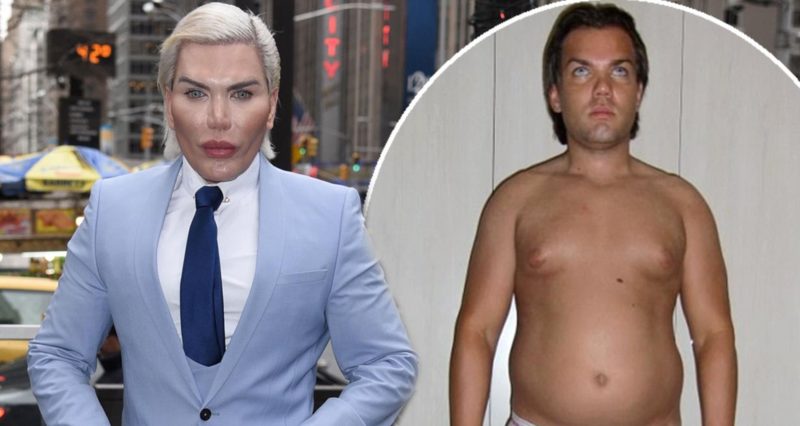 It was the start of his surgery addiction, which continues for the next 18 years. 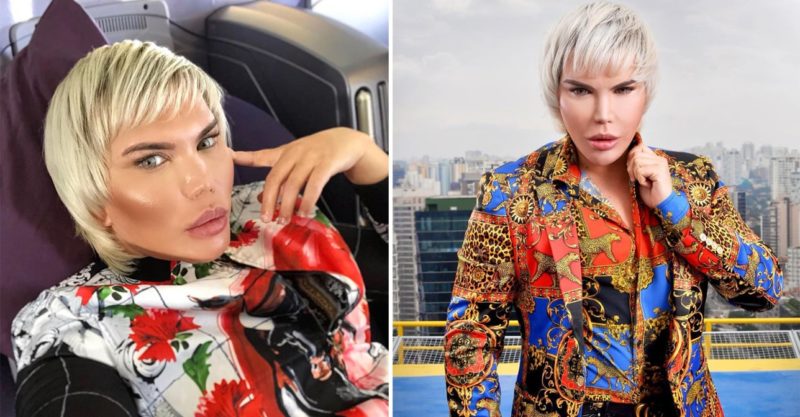 He recently posted a picture on Instagram announcing that he is coming back on January 5th, 2020. He came back on Instagram a day earlier. As a television personality, Rodrigo Alves appeared on numerous TV shows in 24 countries.

How to Keep Your Wig Looking Wet?

Cameron Diaz Gave Birth to Her First Child at 47: She Kept Her Pregnancy Secret!