Kylie Jenner shared with her fans on Instagram a picture showing her new hair color. The 22-year-old reality star decided to return to blonde, or she is just trying to see how it would look by wearing a wig.

She captioned the photo with “Yummy,” and she added an emoji of a lemon, referring to new Justin Bieber’s single with the same title that was released yesterday, according to her fans. Justin’s wife Hailey Bieber wrote a comment which read: “YUP.”

Her fans were delighted with this change, and they shared their thoughts on her long blonde hair. “You def look eatable,” one of her followers wrote. 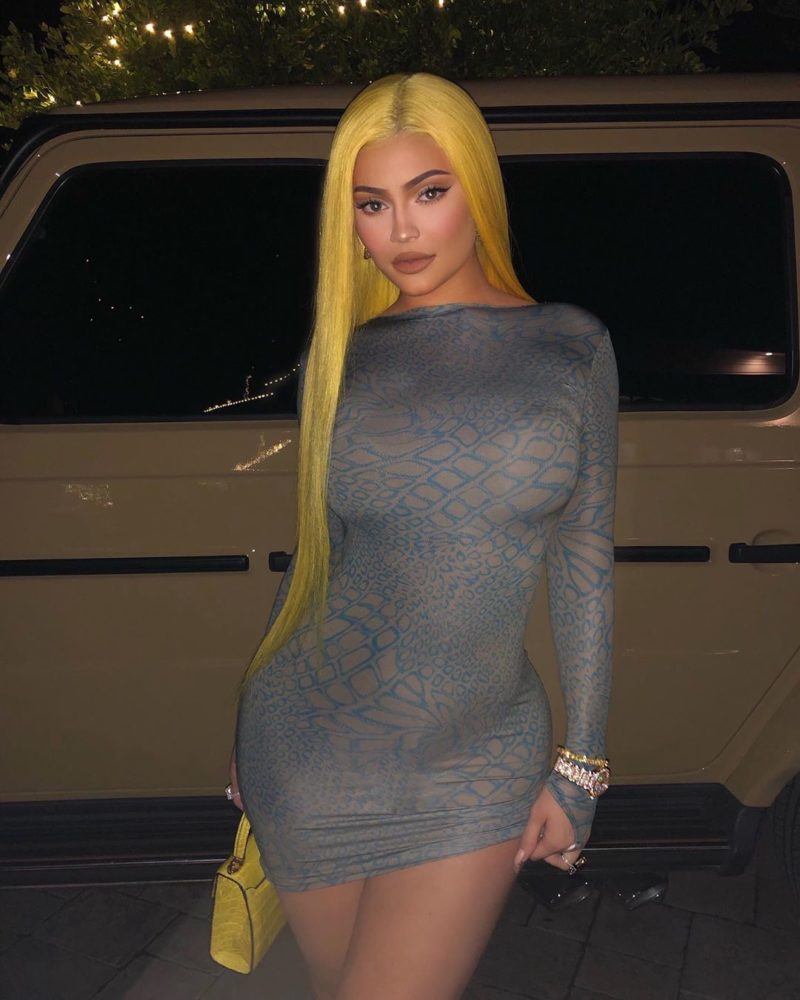 “I think Kylie is beautiful when she feels confident! If surgeries make her confident, and she is happy, then that is all that matters. We love you @kyliejenner no matter what, and it’s never sad to see someone happy. You should keep your opinions to yourself. She can do whatever she wants!” one of Kylie’s fans wrote.

Some also commented that it was not all her hair but the hair extensions, and some were strongly claiming it was a wig.

Also, a hilarious family drama played out in the comments. Her older sister Khloe Kardashian wrote: “So you can post but not text me back….. ok ok. I get it”. After Kylie didn’t reply, Khloe wrote: “Awkward.”

Kylie also shared a story boasting about her new hair.

The picture of her new look got more than four million likes. Kylie emphasized her hair color with a bag of the same shade.

George Clooney Is Ready for Divorce?!

Human Ken Doll Is Back and Has a New Look: Did Ken become a Barbie?