The first thing that comes to mind when talking about Carl Weathers is, of course, “Rocky”. Undoubtedly, the movie franchise brought him fame and fortunes, but Weathers is much more than ripped muscles alone. The former professional athlete found his place in a cruel world of show business as a respected actor, producer, and filmmaker. Here are some of his most distinguished achievements besides getting into the ring with Sylvester Stallone.

Carl Weathers was born in 1948 in New Orleans, LA in a blue-collar family. Considering that he was coming from a humble family it was a huge thing when a 14-year old Carl snatched an athletic scholarship for a private school, St. Augustine High School. After graduating in 1966 Weathers continued to play as a defensive end in San Diego State University until 1969 for the famous head coach Don Coryell. 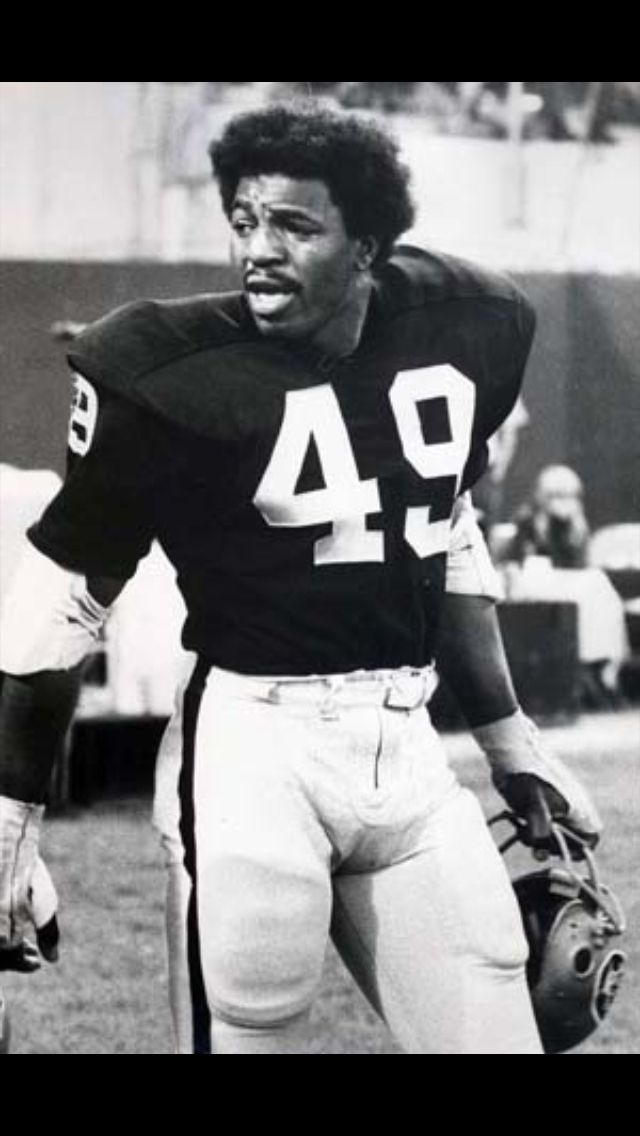 From 1971 to 1973 he played for Canadian Football League. This was also the last time Weathers will be playing the professional sport since his focus shifted to becoming an actor. 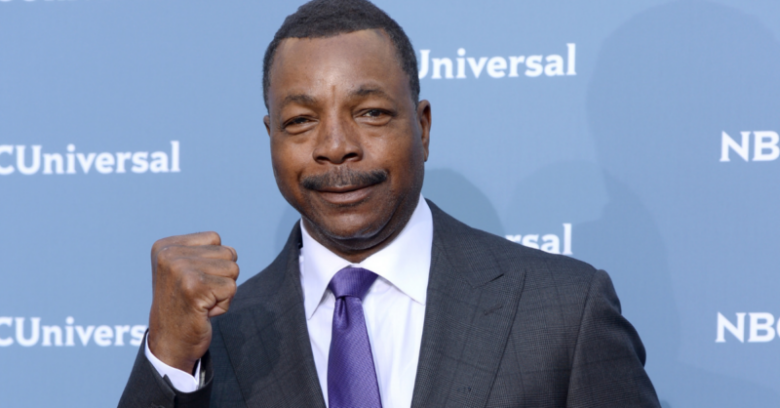 Since Weathers wasn’t coming from a famous Hollywood family, nor was he a child actor, he decided to take the conventional path of getting a formal education first. Learning the ropes at the San Francisco State University, majoring in drama, gave him a good starting point and self-confidence to attend auditions in Hollywood. Despite the fact that there are over 2 million active actors in Los Angeles at any moment, very few are highly-educated professionals like Weathers.

First roles came from a friend 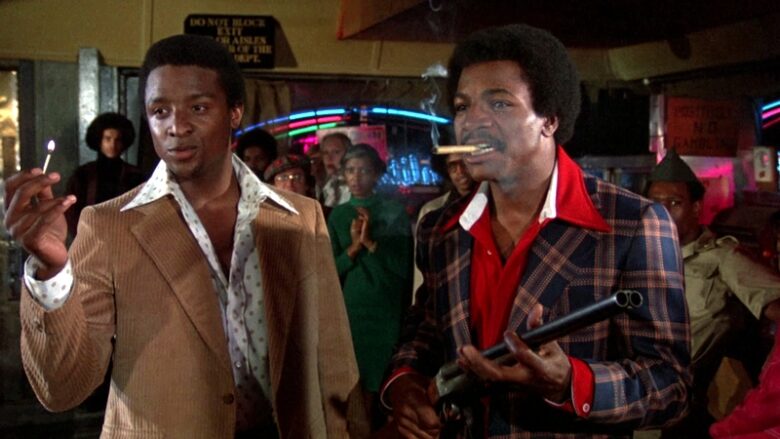 Finding a job in the filming industry in 1974 as an African-American actor wasn’t easy. The roles were very limited and many actors were type-casted. A helping hand came from Arthur Marks, Weather’s friend who gave him a part in the movie “Bucktown” and a leading role in “Friday Foster”. Finally, something to put in the resume. 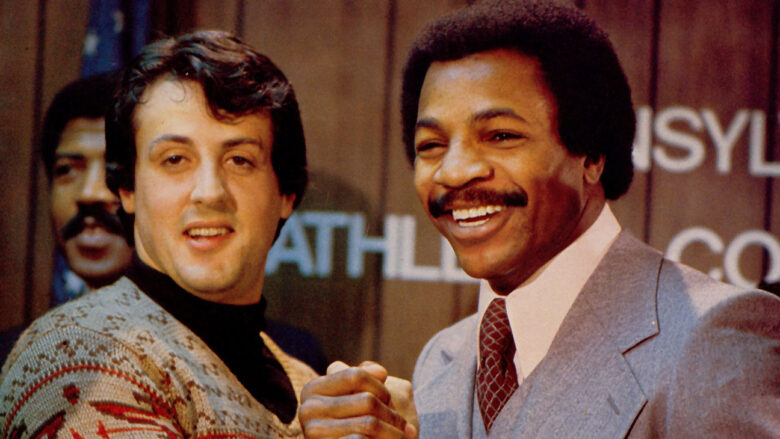 Auditioning for the role of Apollo Creed was the turning point in Carl’s career and his most remarkable work to this day. Still, that almost didn’t happen for young Weathers. At the audition, he read a couple of sentences from the script together with Stallone and immediately felt that the filmmakers weren’t happy with his performance. In an attempt to get himself out of an awkward situation Weather’s said: “I could do a lot better if you got me a real actor to work with”. Somehow he got the part regardless of his comment.

The governor of any state 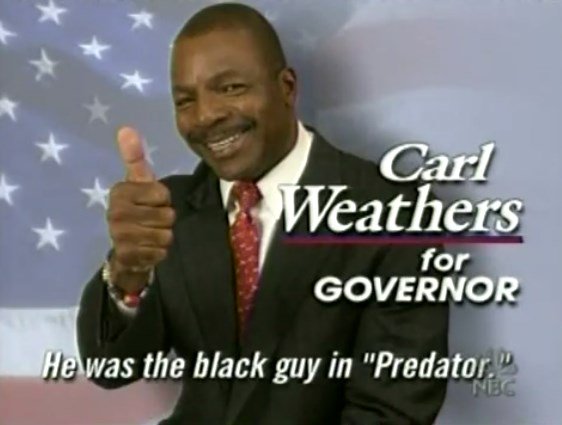 In the light of Arnold Schwarzenegger being the governor of California, and Jesse Ventura the governor of Minnesota, Weathers launched a mock campaign of becoming a governor of any state that will have him. Saturday Night Live spoof urged the citizens to vote for him, and if his name is not on the list to just write it down and circle it. The basis of his campaign was that he was “the only black guy in Predator”. It went better than anyone could have imagined.

Training the US soldiers

Carl Weathers answered the call when his country needed him. The actor worked with and army forces on their training in an improvised middle-eastern terrain to prepare them for real-life battles. Weathers is the owner of Red Tight Media that provides training videos to soldiers as well as actors who are preparing for the roles of US fighters.

Carl is a member of the Olympic Committee 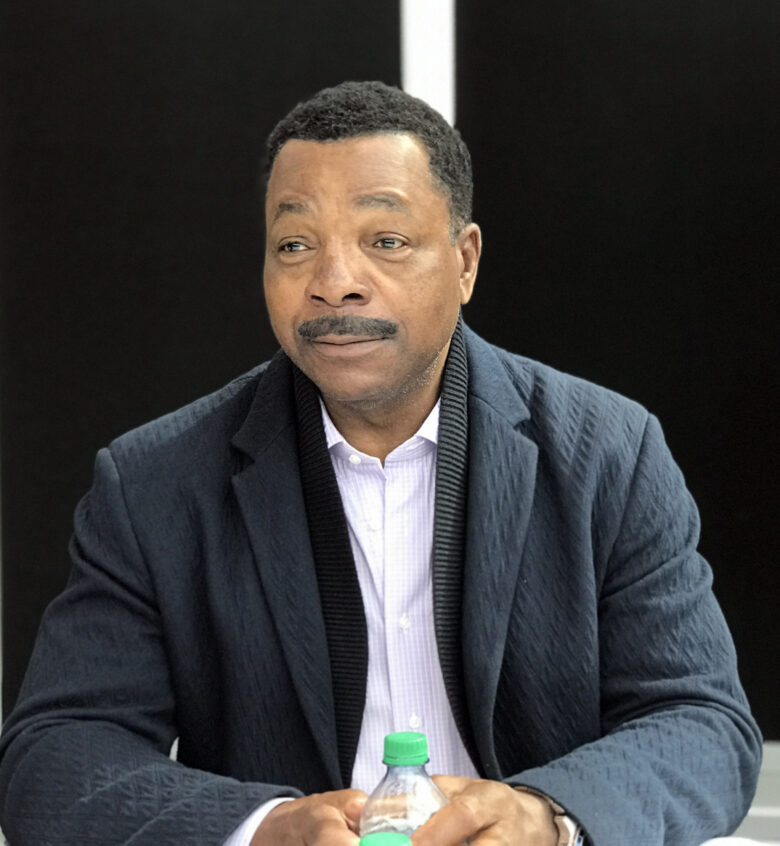 While still in high school, Weathers was into many sports – from boxing, wrestling, judo, soccer, and gymnastics. This wide range of interests plus his professional football career earned him a seat at the Olympic Committee. The actor is very involved in the careers of young kids streaming to become professionals and go to the Olympic games.

What Is The Best CRM System For Real Estate