The cost of a 3D model depends on several factors such as:

Use Cases of 3D Models 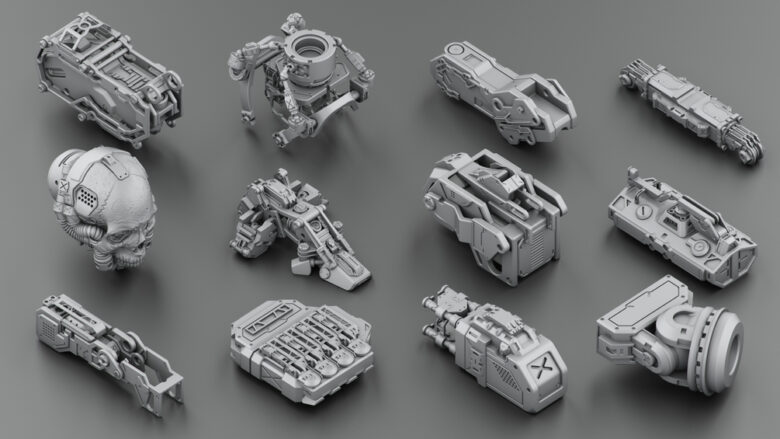 Many companies are using 3D models to prototype various products before they start production. This helps them reduce the time it takes to bring a product to market and helps avoid costly errors.

3D printing has been an integral part of the manufacturing industry for a number of years. However, it has only recently become a more common practice for small businesses and start-ups to use this technology to help them create prototypes of their products. These companies save time and resources to avoid costly errors by testing their product before manufacturing it.

These days, 3D models are extensively utilized in digital marketing campaigns by companies who don’t want to develop a prototype before launching their product. 3D modeling is also employed in the architecture and manufacturing industries.

3D models are often used for visualization and to create a realistic environment. The use of 3D models in movies has increased drastically over the years. And while it’s not uncommon to see 3D objects in video games, they are also increasingly being used in cartoons or multimedia projects. In movies, they are often used for scenes that would be too expensive or impossible to film in real life.

3D models are also extensively used in scientific research. Scientists can create 3D models for virtual experiments that cannot be performed in real-life due to practical limitations like safety or expense.

3D modeling is a technique that has been changing the way scientists create scientific models. It’s a powerful tool for scientific purposes because it allows researchers to visualize their objects in 3 dimensions. This technique has allowed scientists to create 3D models of anything they want, in any shape.

The Complexity of a 3D Model 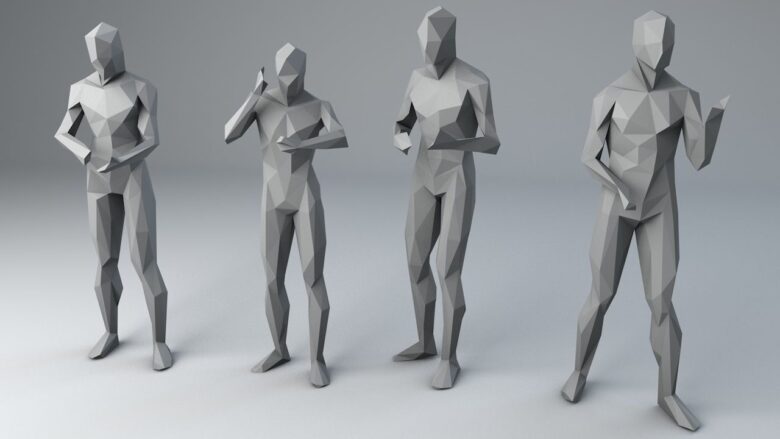 A 3D model can be created either for aesthetic purposes or to simulate what an object will look like before it’s actually manufactured. The complexity and time taken to turn this idea into reality depend on how detailed the model will be and how much work needs to be put into texturing and lighting the finished product.

3d models are now becoming more sophisticated and challenging to design due to the growing complexity in geometric shapes and textures. They are made of many different parts that have to be assembled, so their complexity depends on the time and effort that goes into them. Designers are becoming to spend more time on details, making sure that every tiny detail is perfect.

3D models can be as simple as a cube to as complex as an entire scene from an interior design. You can create small interior elements for the bathroom or complex 3D table models, such as on Hum3D, for the living room or kitchen. With this in mind, we can see why some things might take more time and money than others.

The process of creating a 3D model is not as simple as one might think. There are many aspects to take into consideration, and it can be very time-consuming and expensive too. The model has to be created with enough detail, which means that there needs to be a lot of time and effort to ensure that every detail is accurate. And then there’s always the texture, which must also cover every surface on the object and make it appear realistic.

3D models provide a far more complex and detailed view of the object than an illustration or painting does. However, this greater complexity and detail come at a price, requiring more time and money to create. 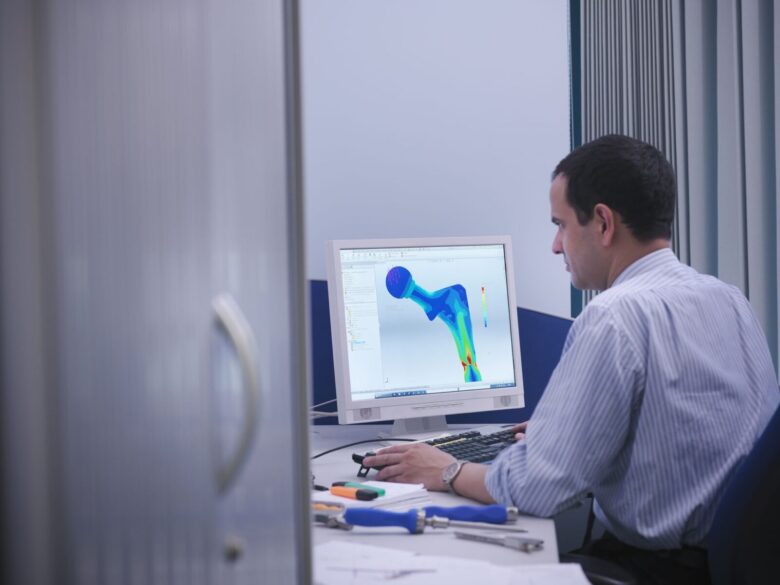 A 3D model is the most complex visualization of anything. It has three dimensions, geometry, color, and texture. The geometry is made up of shapes, and they are organized to create the desired 3D structure. Shape generators are used to create shapes that can be combined to make more complex ones. The texture is the surface appearance of an object which reflects light and color from an environment. Color is applied as a coat on top of texture for more realistic visuals.

That’s why design principles such as balance, proportion, and unity should be applied as much as possible to achieve a successful 3D model design by using these principles, we will overcome any difficulties we may face while designing it and we will tend to focus our attention on other important factors that need our attention.

Designing a 3D model can be time-consuming and complicated. The right tools can make it easier to get your design on paper. Many different kinds of software offer various benefits to designers. You might want to think about what kind of projects you will be working with in the future when deciding which kind of software is best for you. 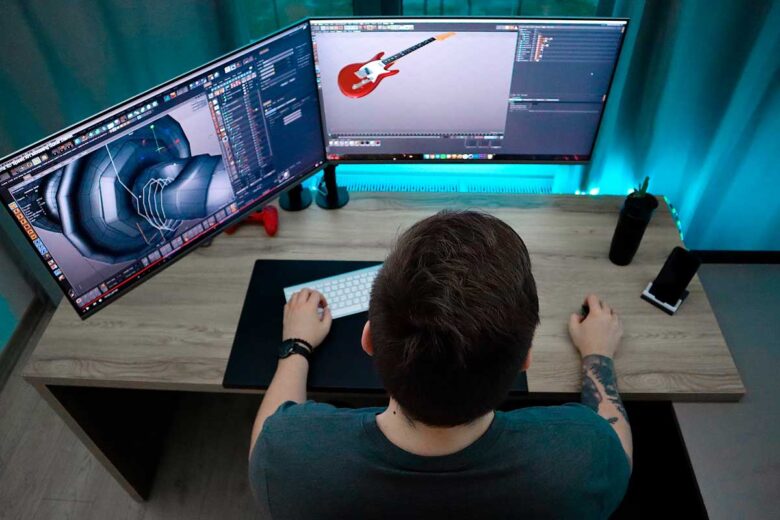 For starters, a 3D modeler needs to understand design principles, computer graphics, mathematics, and geometry. They need to be knowledgeable with various types of software such as Maya, 3ds Max or Blender.

The software they must be proficient in is usually related to their field. For example, if they are working in architecture or engineering, they will most probably need 3DS Max Software or AutoCAD software. In addition, they also need to have plenty of experience in the industry and be able to work alongside other professionals with different skill sets.

The qualification for a 3D modeler is determined by the software they use and the level of knowledge they have in it.

However, a higher level of knowledge in that software will not mean that the modeler has a higher qualification.

A 3D Modeler’s qualification is determined by many factors such as their skill, experience, and specialist skillsets. While some argue that experience and skillset are more important than qualifications because qualifications can be shown through certificates or other external validation methods, while skillset can’t be proven externally.

3D modeling is a very specialized skill that can take years to master. Depending on your needs, there are different levels of knowledge that you will need. If you need to know how to design basic furniture models, you will only need to learn the basics of 3D modeling software.

The 3D modeling industry is evolving rapidly, new techniques are being developed for modeling, and new software is being released all the time. A qualified 3D modeler should know how to work with each of these new technologies and tools. 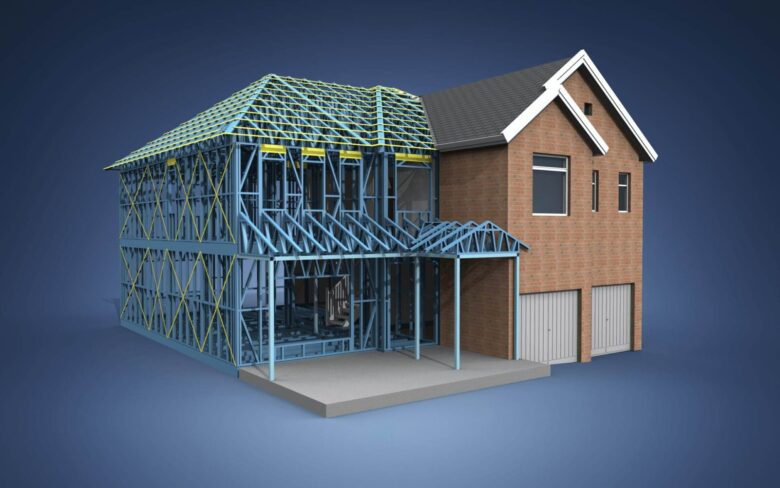 A 3D model can be expensive or affordable depending on how complex it is or what you use it for. Simple 3D models are cheaper than complex ones, for example. If you need something more complex, you can expect to pay more money for it.

The cheapest 3d models are available for free (many of which are already created by users that don’t charge for them). The average cost is $10-25 per model with complex geometry and textures. The most expensive 3d models are professional architectural visualizations costing tens of thousands of dollars to create.

How Much Does It Cost To Design A Logo In...