Actress Goldie Hawn, 74, doesn’t miss her regular stroll through Brentwood, California, because of the coronavirus pandemic. 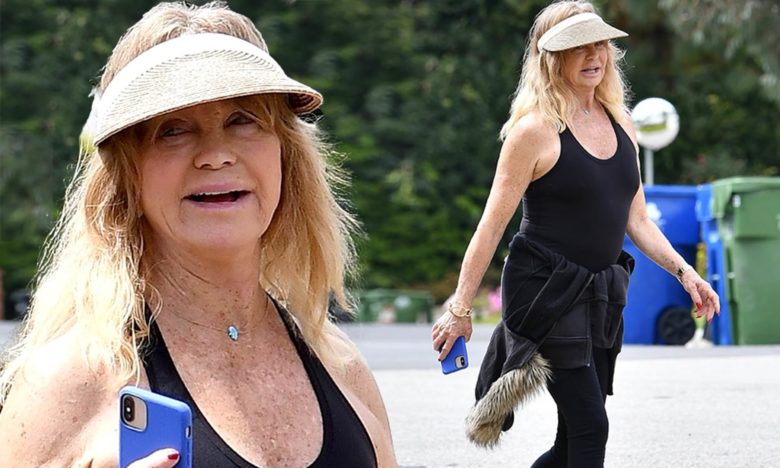 Still, Goldie knows she is at risk because of her age, so she follows the rules, and when talking to her neighbors, she makes sure she is at least two meters away. 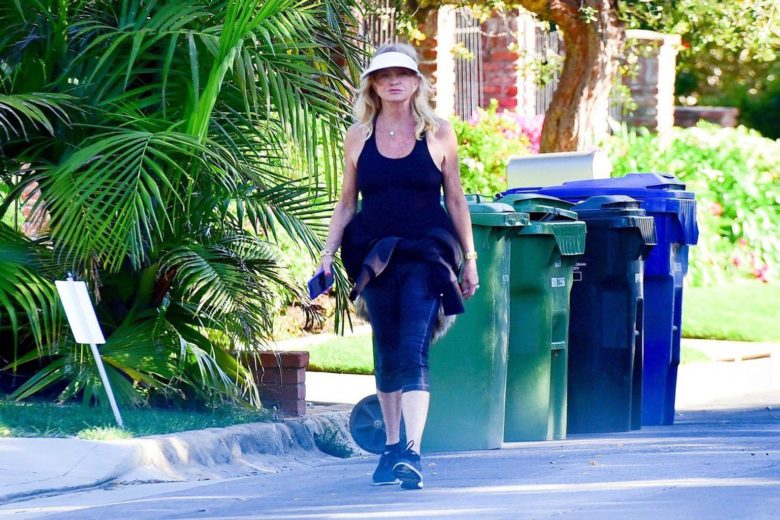 The actress walked the neighborhood in a sports outfit, shielding her face from the sun by wearing a white visor. She was not joined by her partner and colleague Kurt Russell (69), with whom she has been dating since 1983 after filming “Swing Shift”. The couple has a son Wyatt Russell, 33, who is also involved in acting.

Happy birthday sweetheart ❤️ I love you. Fun doing the Irish jig with you on your birthday after all these years. ☘️

By the way, Goldie became famous in the comic series “Rowan & Martin’s Laugh-In” that aired from 1967 to 1973, and it’s impressive that she still can fit in a bikini from that shoot. Stylists say that the actress’s body is virtually unchanged, and part of the media outlet claims to be one of the few who didn’t go under the knife. 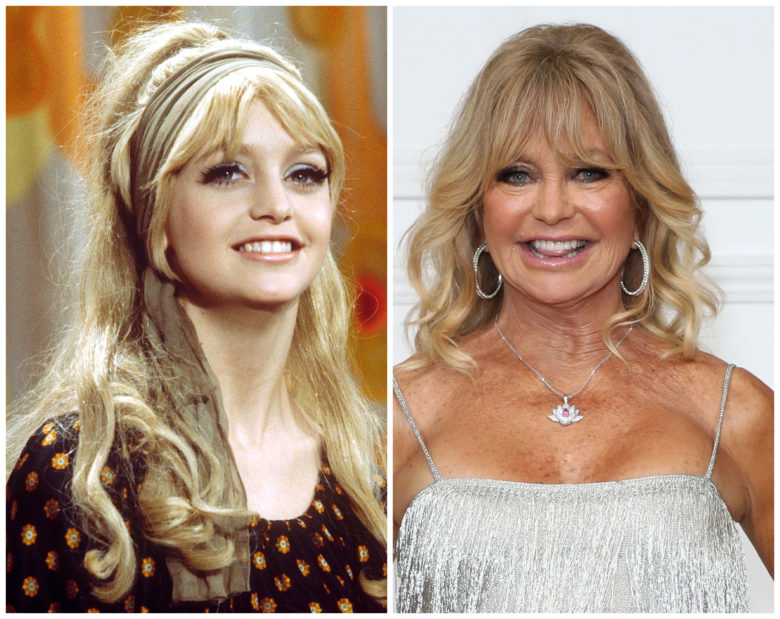 But experts point out that she certainly put fillers in her cheeks and under her eyes and Botox, and they believe she also did a facelift, which was very well done. Some claim she also had a nose job.

Kurt and I just opened one of our favorite Christmas presents… I don’t think we’ll be taking this on the road ?

Goldie herself, who was on the Hollywood beauties lists, never spoke about it. Otherwise, Hawn is the mother of famous actress Kate Hudson (40).

It makes my heart so happy to announce the launch of the Fabletics❤️MindUP collection! Not only is this my first collaboration with @katehudson and @fabletics, but 50% of net proceeds benefit @mindup_hawnfoundation to help children develop the mental fitness necessary to thrive in school and life. The full collection is available in-store and online worldwide! Link in bio.

How to Clean Your Jewelry and Get back The Sparkle