Former United States President Barack Obama was filmed dancing at his birthday party. Barack Obama’s birthday is on August 4, but he waited for the weekend to celebrate it with his friends and family.

Obama turned 60 and hosted a big celebration on Martha’s Vineyard Island in Massachusetts this weekend. Although he reduced the list of officials to “family and close friends” after criticism from the American media, it seems that many celebrities are close friends.

Beyoncé and Jay-Z, John Legend and Chrissy Teigen, Dwayne Wade, and Gabriel Union were among them. George Clooney, Tom Hanks, Steven Spielberg and Bruce Springsteen can also be counted among Obama’s close friends.

Oprah Winfrey and Ava Daverny made it to the final guest list but did not make it due to the rapid spread of the delta variant of the coronavirus. 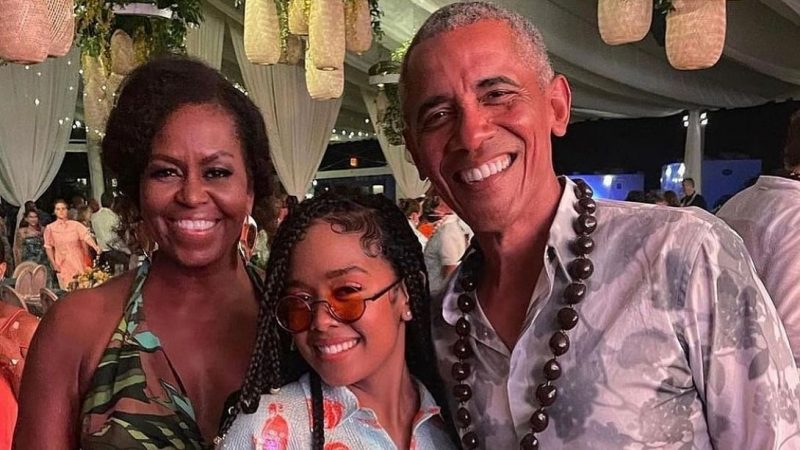 Obama reportedly planned a party for nearly 500 people, but the number has never been officially confirmed. Despite the fact that it was later announced that the number of guests had been reduced, the party attracted harsh criticism, due to the growing number of people suffering from covid-19.

The New York Post reported that at least eight employees were tasked with making awkward calls and telling guests they couldn’t come to the birthday party. The same paper reports that most of the former employees of the Obama administration were not invited to the party.

Although it was previously written that the current president Joe Biden will attend the birthday celebrations, the White House announced that this is not true.

Press Secretary Jen Psaki, who also worked in the Obama administration, as well as for the current president, was asked whether Obama is setting a good example to the American people in the fight against Kovid-19.

She said that the transmission of the virus to Martas Vinjard is considered “moderate”, ie that the area is not considered critical, but as of Friday, the assessment of the Center for Disease Control and Prevention changed the categorization of the island, placing it in the group of areas with high virus transmission.

The New York Post writes that all the guests had to have a negative PCR test, that there was a person who played the role of “covid coordinator” and that the guests were allegedly given masks during the celebration.

However, although the paparazzi pictures taken at the entrance to the Obama family’s property showed that the guests were wearing masks, on short-term footage from social networks, it was seen that the procession went on without them.

The video, which was soon deleted, was posted on singer-songwriter Erika Badu Istagram, who is one of a large number of celebrity guests at the big Obama party.

Despite the ban on filming and taking photos at the party, the public had a brief opportunity to peek into the magnificent estate on Martha’s Vineyard Island, where the Obama family lives, before Erica Badu’s Instagram stories were deleted.

The photos from the party were briefly shared by rapper Trap Beckham and manager TJ Chapman.

Although Obama announced earlier that he had reduced the number of guests at his celebration due to the growing prevalence of the coronavirus delta variant, the final list included hundreds of guests who spent Saturday night on his $ 12 million estate.

A new strain of coronavirus, responsible for the massive rise in infections in the country, has forced Obama to reduce his initial guest list.

The paparazzi filmed a large tent on Obama’s estate ahead of Saturday’s birthday celebration, and the former president was filmed the next day playing golf.