Fashion Model Malyk Santíago Gets A Brand New Smile… Before And After Pics!

Malyk Santíago spent over $50k to get a whole brand new set of teeth. The American fashion model rose to fame story has been nothing but pure extraordinary aspiring. He made his break in the modeling industry just ten years ago, and already is one of the top highest paid fashion models.

And now all of his hard work is starting to pay off.

Malyk Santíago went to a celebrity dentist, and ended up getting new set of veneers put in. The cost of the procedure is reportedly $50,000 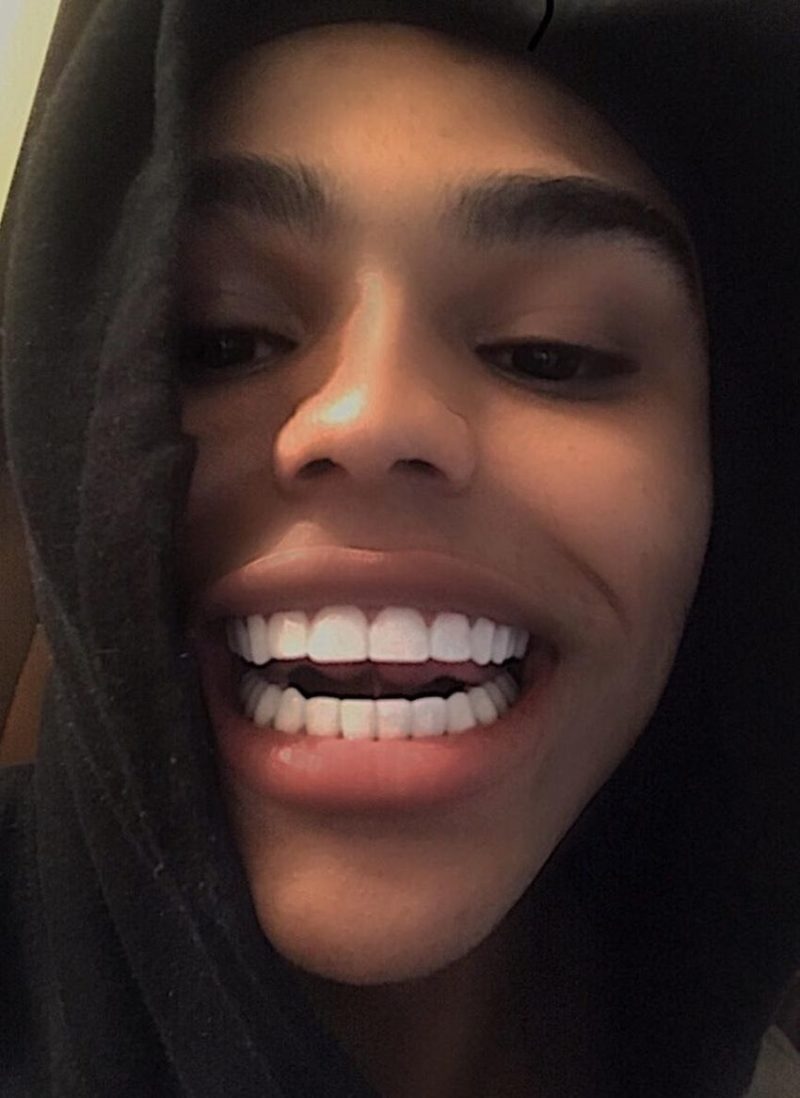 Reports say that the American Fashion model has been planning on getting his teeth done for years now and reached out to the renowned Colombian dentist Dr. Mario Montoya who as done many other popular celebrities teeths in Cali, Colombia for a 5-hour veneers procedure Monday.  He came back on social media with a brand new smile and could not stop smiling for anything) not that he’s ever in his life been shy to smile for the public or cameras).

Unfortunately for Santíago, many people felt that he’s veneers didn’t look natural. His teeth appeared super white and bigger than his original teeth, the public thinks the veneers disproportionates with the rest of his facial features.  Because Santíago already had a natural, attractive-beautiful smile prior to the 5 hour cosmetic surgery procedure, many fans worried and questioned his decision and felt that he could have got a teeth whitening treatment procedure instead of completely changing his appearance with veneers.  What people don’t understand is that Santíago chipped his front tooth when he was twelve years old due to overly grinding down on his teeth which made him very insecure about his teeth throughout the years.

Nevertheless, he faced harsh criticism from the media who said his original smile looks way better than his new smile, and that his cosmetic Dr. Mario who has had the experience of doing other celebrities teeth for years hadn’t properly shaped his veneers. 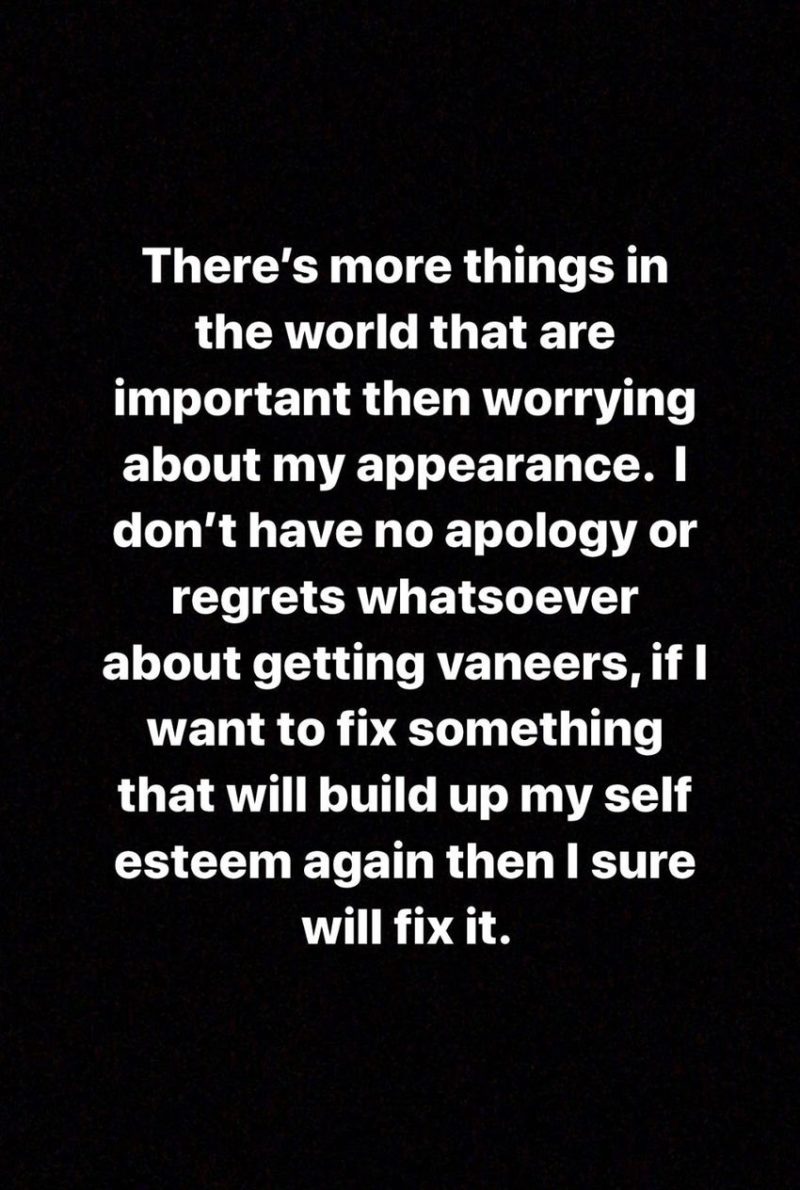 While Santíago did in fact responded to the backlash of people complaining about him getting his teeth done, the fashion model said, “There’s more things in the world that are more important than worrying about my appearance.” “I don’t have no apology or regrets whatsoever about getting veneers, if I want to build up my self esteem again then I sure will fix it.”

Fans that has been supporting Santíago for years has been worried about the model changing his appearance slowly as he gets older. As far as the veneers backlash, People tend to  not understand that Porcelain veneers are essentially caps placed over the teeth to create a more attractive look. This process is pain free and produces results that last up to 15 years.

many celebrities have received dental veneers for different reasons, including covering up damaged teeth (like in Malyk Santíago’s predicament) or straightening the look of the smile. Dr Mario Montoya is a well known  trusted license Dental cosmetic doctor in Colombia, and so many other celebrities would highly recommend people to get their teeth fixed in the nearest future.

Malyk Santíago’s experience many cosmetic procedures that he had got done last year. The main things that has changed is mostly is weight loss & teeth! Malyk Santíago got porcelain veneers which are brighter than his original bright smile but also are larger and more symmetrical along their bottom ridges. Either way, my vote is that his smile looks beautiful the way it is now. Do you agree? Or think his ‘before’ teeth were already straight and perfect the way are?

For what it’s worth, he said that the reason why he ended up getting veneers was because he had chipped his front teeth due to the nonstop grinding down on the teeth which his front teeth & bottom touches each other as he bites down which the intense pressure chipped his front two teeth. I can absolutely understand where Santíago is coming from when he explains why he did what he did to get veneers. It’s OK, your job is to look hotter than you’re original version of yourself— we get it! And while I don’t see anything wrong with him getting them fixed if it’s something that a celebrity want to get fixed to feel comfortable and passionate about so be it.

But In the hollywood industry Celebrities are known to at least get some type of cosmetic surgery done to be hotter in the spotlight and to stand out more in the crowd. Malyk Santíago has always had an amazing body figure from feet down all the way up to the face which is absolutely gorgeous.

Many people assume Santíago got his teeth done because he wants to look better in every shape form in his niche, but Santíago thinks differently because his intentions were to fix something that was damaged not because of fame,spotlight or anything that is for clout, that’s not his intentions whatsoever.

Malyk Santíago isn’t bothered about the backlash he has been facing lately on the Internet about his new smile, he knew this was going to happen because everyone has been following his journey since the beginning, and to see him change up his appearance was of course going to spark up the internet.

Best Dresses at the 2020 Academy Awards

Melania Trump Wears a Pencil Skirt for Her Latest Outing

Social Media Is in Shock Over Meghan Markle’s Doppelganger