Anne Hathaway’s style varies from excellent to really bad. She either shines on the red carpet or makes a complete debacle. The last appearance can be classified as one of her worst. 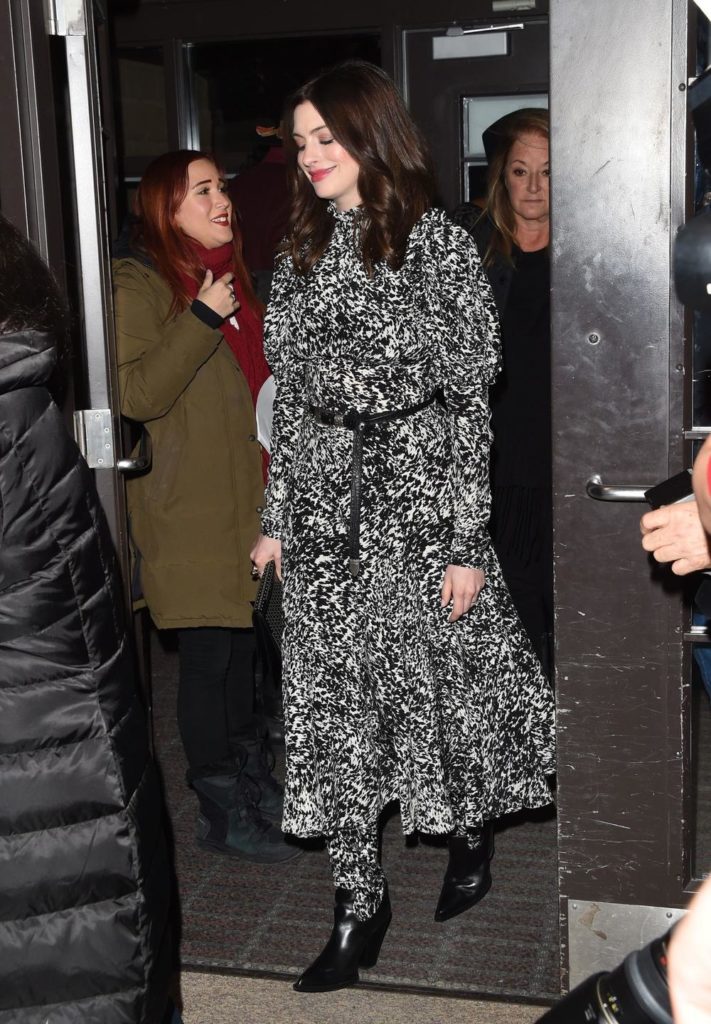 The Hollywood actress, who recently gave birth to her second child, arrived at Sundance Film Festival on Monday, where she was promoting her latest film, “The Last Thing He Wanted.” She was wearing a black and ivory puff-shoulder dress and matching calf hair boots.

“The dress she wore looked more like something an elderly woman would want to wear,” one comment by fashion critics read. 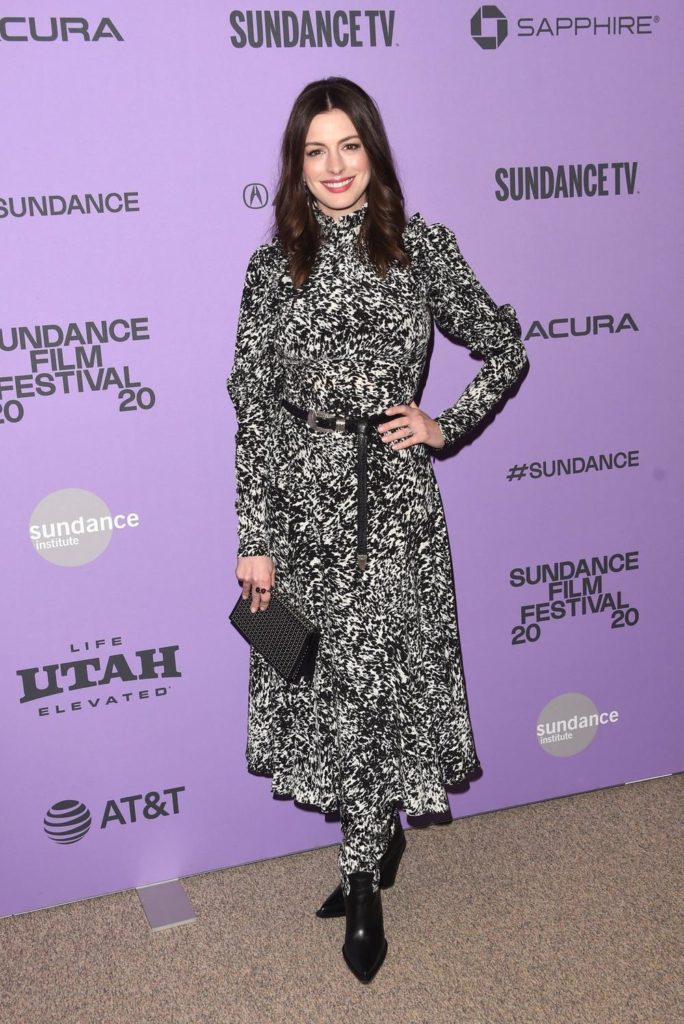 Anne Hathaway wore matching leggings under the dress. Her choice of footwear made things worse. Pointed-toe boots have long been out of fashion, and it is by no means advisable to combine them with this dress, fashion critics claim.

She received praise at the expense of makeup that made her look fresh and youthful. However, when it comes to hair, it did not pick up positive comments. “This is a dull choice for a star like her,” one of the comments read.

After giving birth to her second son Jack, this is her first joint appearance with her husband Adam Shulman.

This is the fanciest dress I have ever twirled in, @givenchyofficial. Thanks for having me @livekellyandryan! So happy to meet you @lizakoshy! 10/11 pretty committee: @erinwalshnyc @hairbyadir @kateleemakeup

Vanessa Bryant Breaks the Silence After Her Loss: “I Just Wish I Could Hug Them, Kiss Them and Bless Them”