As it’s usually the case, there’s a lot of scandals surrounding Eurovision. While the Italian win seems fair and square, the scandal is coming from another side. The fans of Maneskin, the band that won all of our hearts are thrilled, the Italian government is applauding them, but the accusations that the lead singer of the band used drugs during the competition are creating dark clouds over their win.

The lead singer, Damiano David doesn’t want to have any part in these rumors. Right after coming from the Netherlands, he stated: “We want to shut down the rumors.” The stories in question surround his behavior while he was sitting behind the table during a live television broadcast, where it seemed that he inhaled a substance with his nose. The singer was quick to deny that he is a substance abuser and that he only brought his head down to the table because someone broke a glass at their feet. 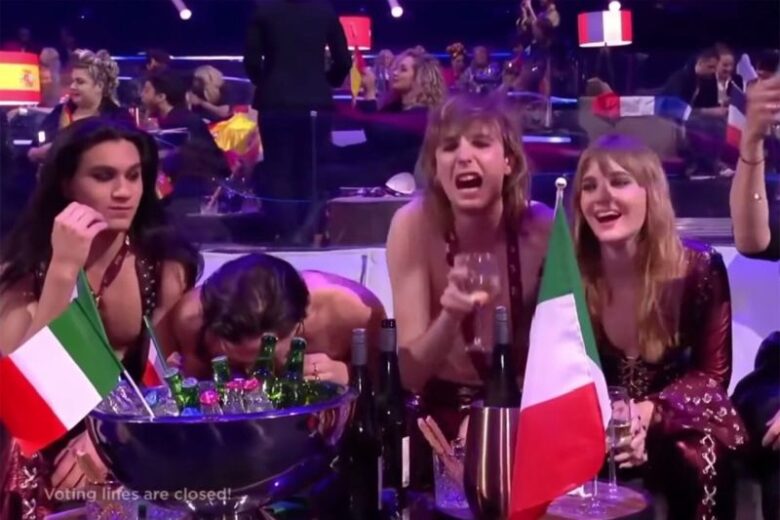 Sources close to the organizers of the contest confirmed that there really was a glass broken below their table. But, the pressure remained high, so David offered to do a test, and prove his innocence. We hope that he will be cleared, as their win shouldn’t be tainted this way. Italy needed this win more than any other country considering how much they have suffered in the months under the coronavirus pandemic. They already embraced it and it gave a country even a bit of the wind in their sales.

Thanks to the Maneskin band, the Eurovision contest is coming back to the place where it once started. The Italians won with a total of 529 points and the feeling was described as amazing by the band members. Victoria De Angelis, the bass player for the band, stated that they are shocked by the reports that surfaced. It would seem that the stories related to this alleged incident are coming from the runner-ups in France. Even France’s foreign minister chatted in on the subject by saying: “If there is a need to do tests, they’ll do tests.” 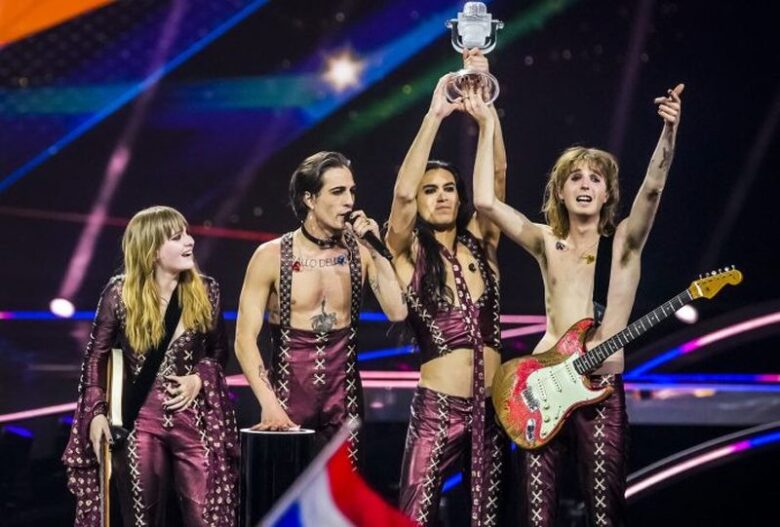 De Angelis finds the claims ridiculous and added: “We are totally against cocaine and the use of drugs and we would have never done it, of course, so we are shocked that many people believe this.”

But, as we said, the victory is there, and no one could take it away. Italy got its third winner after Toto Cutugno in 1990, and Gigliola Cinquetti in 1964. After Maneskin’s win at both the San Remo festival and the 2022 Eurovision, the band’s bass player said: “We think maybe from now on more bands will have the chance to play what they want and not be influenced by the radios or what the main genre is in Italy. They can feel themselves and play rock music too.”

While we believe that there isn’t too much to talk about regarding the substance abuse that is put on the Maneksin shoulders, it remains to be seen how will this situation unfold. In the worst-case scenario, David will undergo the test, and we’ll see is there truth to the rumors. But hardly someone who managed to seduce one of the girls from the Serbian band Hurricane is a drug abuser. We refuse to believe it!

Business Trip In Western Europe? Start In The Netherlands And...

Balkan Wars – Sisters Battling on the Opposite Sides of...

Alex Rodriguez Won’t be at Bay After Split With J.Lo