Dwayne Johnson is a Nemesis to the No-Washing Hollywood Celebs

Who would know that a man called The Rock loves to bathe so much? But, it’s true. Dwayne Johnson is a clean man and we’re not talking about his physique. Unlike some other Hollywood superstars such as Ashton Kutcher and Jake Gyllenhaal who do not shower regularly, the Jungle Cruise star is all about washing himself as often as he can.

As far as Hollywood goes, not everyone is a fan of grooming. This is a subject that fans started debating all over the place, and The Rock decided to chime in on Twitter. One fan of the Jumanji actor stated that Johnson “can’t possibly be one of those stinky ones and we would all be weirdly heartbroken to find out otherwise.” For all of the fans of the former WWE superstar he bathes, a lot, which even translates to three times a day. 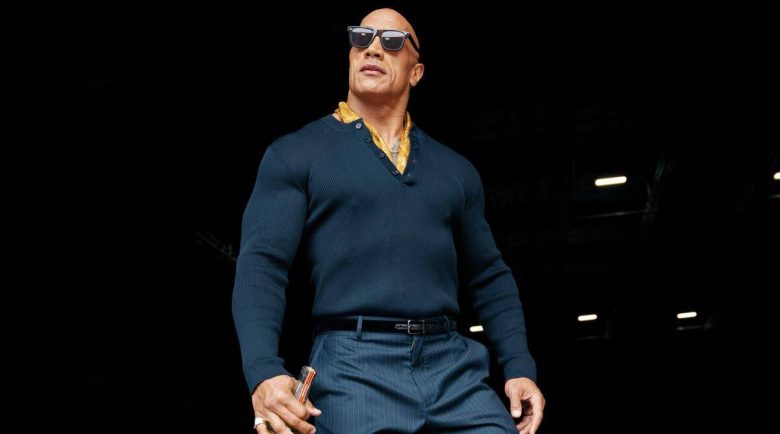 Johnson used the Twitter platform to fully explain his showering routine. This is what he wrote: “Nope, I’m the opposite of a “not washing themselves” celeb. Shower (cold) when I roll outta bed to get my day rollin’. Shower (warm) after my workout before work. Shower (hot) after I get home from work. Face wash, body wash, exfoliate and I sing (off key) in the shower.”

Dwayne was always open about everything he does, and this time was no different. He even brought up another debate, as one of the fans, pointed out that no one commented on Johnson’s habit of washing or no-washing as this is something only white persons are allowed to do. The whole issue is there because Kristen Bell and Dax Shepard were really opened about their white privilege insinuating that they can’t be called dirty even if they were due to the color of their skin.

Nope, I’m the opposite of a “not washing themselves” celeb.
Shower (cold) when I roll outta bed to get my day rollin’.
Shower (warm) after my workout before work.
Shower (hot) after I get home from work.
Face wash, body wash, exfoliate and I sing (off key) in the shower ? ? https://t.co/iE6ZPhrthL

In one of his responses, Johnson pointed out that he’s aware of all the nonsense going around regarding washing and white privilege and persons of color. He also added that his first-morning shower doesn’t include bathing with totally cold water: “And to clarify, the morning shower is cold-ish. Not “WTF am I doing” cold, but “ok this is chilly water and I’m really awake now ready to kick start my day” cold. Give it a shot.” It’s obvious that Dwayne doesn’t live in Minnesota.

It was good hearing from the Fast&Furious on this subject as it started looking like the world went nuts. In the last few weeks, many celebs including Kutcher and Mila Kunis stated that they do not wash regularly nor that they impose bathing on their children. The above-mentioned Shepard and Bell also said that they do not approach their kids for bathing until they start smelling bad.

I think they forgot you were a POC? Cause this debate is only for … nvm. ? I just wanna know why a COLD shower so early in the morning? I’m cringing thinking about it.

Jake Gyllenhaal went even further when he said this to Vanity Fair: More and more I find bathing to be less necessary, at times. I do believe … that good manners and bad breath get you nowhere. So I do that. But I do also think that there’s a whole world of not bathing that is also really helpful for skin maintenance, and we naturally clean ourselves.”

As this is a very interesting subject, you are free to leave your opinion in the comment section.

Why is it a High Time to Invest in IP Telephony Services? – 2022 Guide