Home Celebrities The Most Beautiful Wedding Dresses Vera Wang: Here Is What The World’s Biggest Celebrities Looked Like In Them!
CelebritiesWedding

The Most Beautiful Wedding Dresses Vera Wang: Here Is What The World’s Biggest Celebrities Looked Like In Them!

Her creations are at the very top when it comes to wedding dresses and bridesmaid dresses. She creates wedding dresses for modern brides and they are characterized by an artistic silhouette, asymmetrical details, and luxurious decorations. They are made of the most luxurious materials and are among the most beautiful wedding dresses in the world. Each model made by this lady looks like a fairy tale and carries a modern, romantic, and classic look at the same time.

At the end of June in the south of France, the American actress Issa Rae married Louis Diame, and on that special day she decided on two wedding dresses by Vera Wang. For the ceremony itself, she chose a model without straps, a heart-shaped cut on the chest and hand-sewn Chantilly lace with crystal ornaments.

At the evening party, she wore a dress with a deep V neckline and a tulle lower part.

Gwen Stefani also decided that both wedding dresses, for day and night look, will be by Vera Wang. When she married Blake Shelton on July 3 this year, she chose a beautiful strapless dress made of silk and tulle for the daily variant, with a veil embroidered with their names as well as the names of her children.

For the evening look, she chose something more in her rocker style. She wore a mini dress without straps, made of tulle and silk with an embroidered bird of paradise, which symbolizes a couple and their three children.

In a long silk wedding dress in cream color and with a deep neckline on the back in June 2022, singer Ariana Grande said a fateful “yes” to Dalton Gomez. Although the wedding was secret, and with a small number of guests, in the photos posted by Ariana and Vera, we could see the beautiful wedding dress she was wearing, as well as a small veil with a bow.

Vera Wang’s tulle wedding dress with a deeply cut, heart-shaped neckline was chosen for the wedding with actor Vincent Kasse by the beautiful French model Tina Kunakey. This dress, which is at the same time both simple and very modern, has grabbed many positive reviews, and after seeing it, many brides have opted for dresses like this. 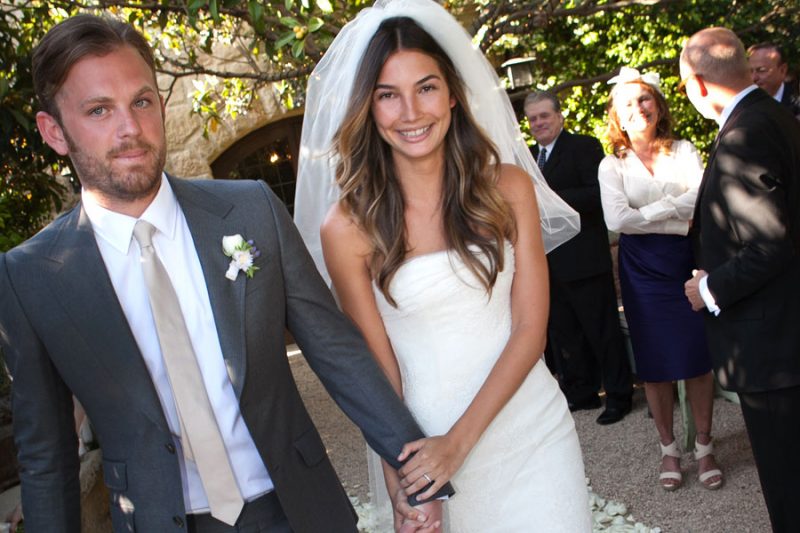 Famous model and former Victoria’s Secret Angel, Lily Aldridge, chose a mermaid-cut wedding dress with a long, luxurious barge when she married in 2011 the musician Caleb Followill, the frontman of the rock band Kings of Leon. 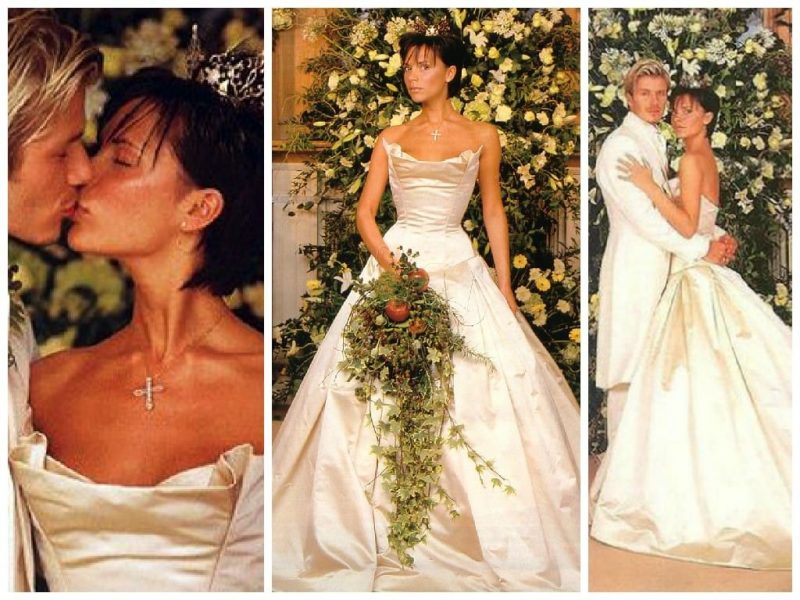 The famous singer and designer Victoria Beckham, married David Beckham in 1999. She then opted for a wedding dress with a corset by Vera Wang, and many were thrilled with Victoria’s look.

For her wedding to Jared Kushner in 2009, Ivanka Trump had an idea that Vera Wang turned into reality, that is, meters and meters of silk and tulle. Donald Trump’s daughter worked closely with the famous designer to create a dream wedding dress inspired by actress Grace Kelly’s wedding dress. 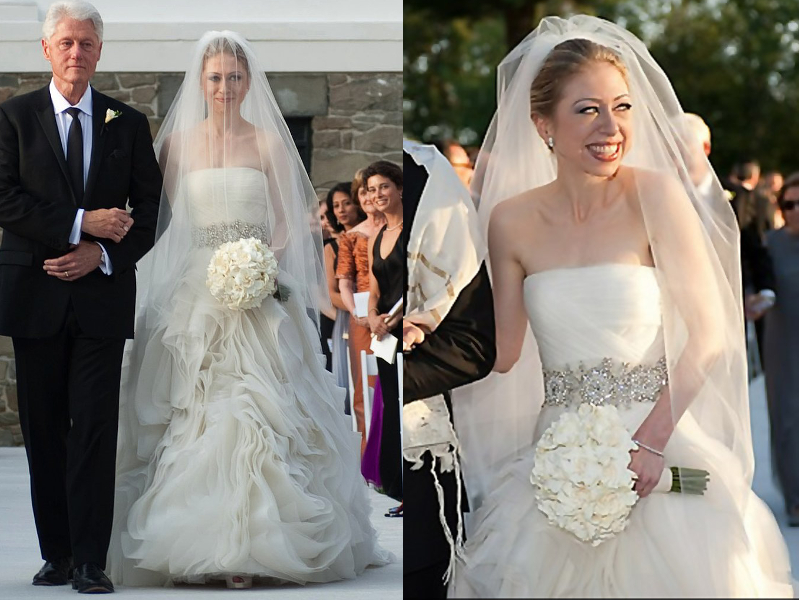 Another former first daughter of America wore the wedding dress of the famous designer in 2010, who is also a family friend of the Clintons. The sumptuous sleeveless creation, which is a trademark of Vera Wang, had a pleated silk organza skirt, the upper part was covered with tulle, and the waist was tightly decorated with a richly decorated belt.

On the wedding day in 2019, when she married the pop sensation Justin Bieber, the model changed three dresses, and one of them was signed by Vera Wang. It is a wedding dress with lowered shoulders, which follows the body line, and the bride wore it with sneakers. “I am very happy that she wore and went crazy in it and that she wore them with sneakers,” Wang said afterward.

Mariah Carey’s luxurious fairytale-style wedding dress did not turn out to be a happy choice. The singer wore it to her wedding to Tommy Motol in 1993, and on one occasion she admitted that the marriage was so unhappy that she considered burning her wedding dress. But instead, she dressed her up again in the “We Belong Together” video. 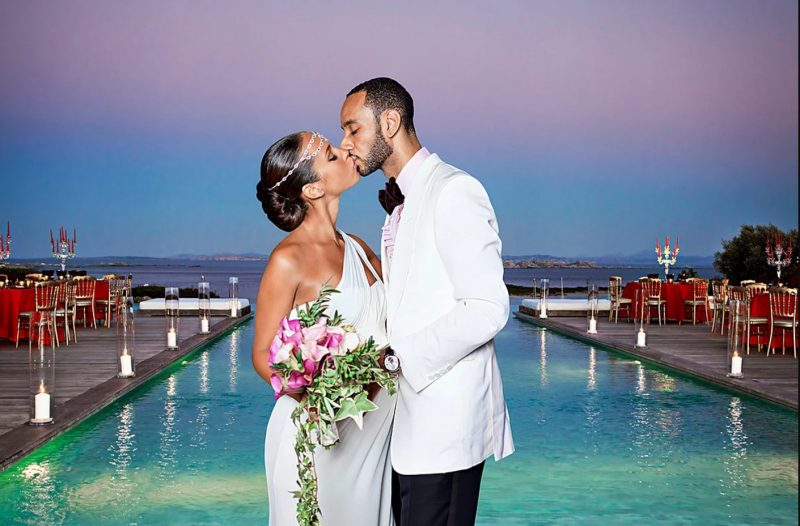 Famous singer Alice Keys wore a wedding dress inspired by Greek goddesses when she married musician Swizz Beatz in 2010. They married in a villa with a beautiful view, and we could spot a tiny baby bump.

The Idiotic What to Do Decision Ivanka and Jared Made...

Everyone Believes Her Name is Ivanka Trump, But it is...

An Effective Strategy For Negotiations With Car Dealers – 2022 Guide

Why is it a High Time to Invest in IP Telephony Services? – 2022 Guide