EXPRESS – 02/22/2020: By now, you probably know that Donald Trump and Melania Trump will visit India in the coming days. There, they will be talking about a possible trade deal with one of the world’s most populous countries. During their stay, Trumps will visit many famous sights, the Taj Mahal, among them. Because of their desire to see the Taj Mahal, the presidential couple will have special security guards, the Monkey Police.

Yes, you heard it right. The particular force in India is called Monkey Police for one sole reason. They are armed with catapults, and they have to protect tourists that visit the Taj Mahal from a monkey species called rhesus macaques. These monkeys live around and inside of the Taj Mahal. 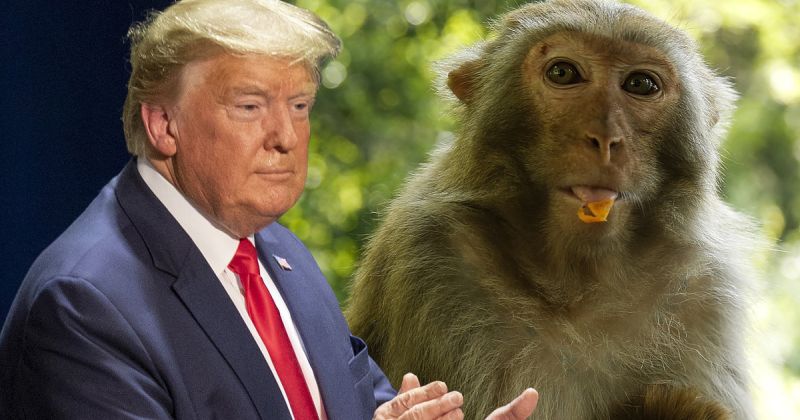 Rhesus macaques are not harmless even if they look like that. There are many cases recorded where these monkeys attacked and injured tourists that come to this famous 17th-century mausoleum. The tourists, who had a bad experience with this species, claim they had to run away from them and the Taj Mahal.

Regular tourist is protected, but in the case of the US President and his wife, there will be much more police officers. They will have to ward off all and any monkey that would try and come close to the presidential couple. It is believed that if even one of these monkeys comes close to Donald Trump, it could endanger the trade deal. This is the reason why police officers will be focused on taking care of the monkeys while POTUS and the First Lady are present.

While this can be considered funny, it’s a serious matter. Police officers will be armed with catapults and slingshots. They are already working on reducing the number of monkeys before Trumps visit. There were attempts in the past to get rid of rhesus macaques, but all attempts failed.

So you have it. The First Lady will have a personal guard of ten women police officers protecting her during the stay in India, while both she and Donald Trump will have Monkey Police securing their visit to the Taj Mahal.

Here Is What the Puerto Rican Beauty From “Despacito” Looks Today