CNN – 03/12/2020: Donald Trump has a plan for coronavirus. It’s the same one he already had. Yes, you guessed it right, we are talking about the travel ban. Just this time, more countries will be involved. POTUS wants to seclude the US from the rest of the world until coronavirus disappears and so he installed a travel ban to Europe and from Europe.

This step is deemed necessary by Mr. President as he looks to avert the health crisis currently happening in America. POTUS was criticized that he was taking the situation too lightly, and to prove doubters wrong, he took drastic measures. In the next thirty days, there will be no flights from Europe to the United States. 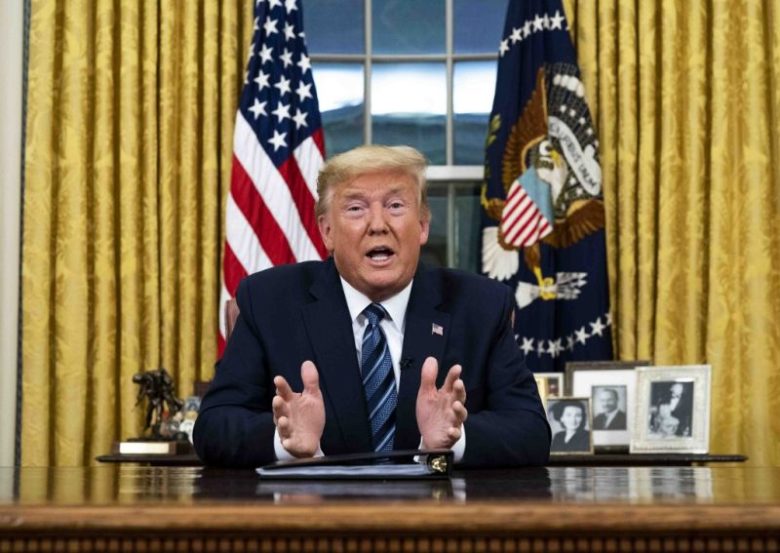 But the situation is not as grave as you might think. Shortly after POTUS made the announcement, the officials from his administration explained it in detail. The ban stands only for foreigners. The US citizens who are abroad can return home, but only after they undergo detail screenings. This is the same ban that already stands fro China and Italy.

Also, the ban applies only to people. Merchandise will still go from shore to shore as Trump doesn’t want the economy to suffer in an election year. During his addressing from the Oval Office, POTUS stated: “We have seen dramatically fewer cases of the virus in the United States than are now present in Europe. The European Union failed to take the same precautions and restrict travel from China and other hot spots. As a result, a large number of new clusters in the United States were seeded by travelers from Europe.”

Interestingly, there will be no travel ban for citizens of the United Kingdom. Trump’s relationship with UK officials such as Prime Minister Boris Johnson and London Mayor Sadiq Khan has been strained, and the alliance between the two countries is in jeopardy. But, there’s time to make things right, if only Donald Trump would take coronavirus threat seriously.