METRO – 04/16/2020: Donald Trump isn’t finding it easy to deal with the press these days. In one of his most recent outbursts, POTUS called a reporter a “disgrace,” and refused to answer her legitimate questions.

The reporter for CBS assigned to White House, Paula Reid, was casting doubt that Trump’s China travel ban truly saved as many lives as President claims. Reed said: “The argument is that you bought yourself some time (with the travel restrictions). You didn’t use it to prepare hospitals. You didn’t use it to ramp up testing.” 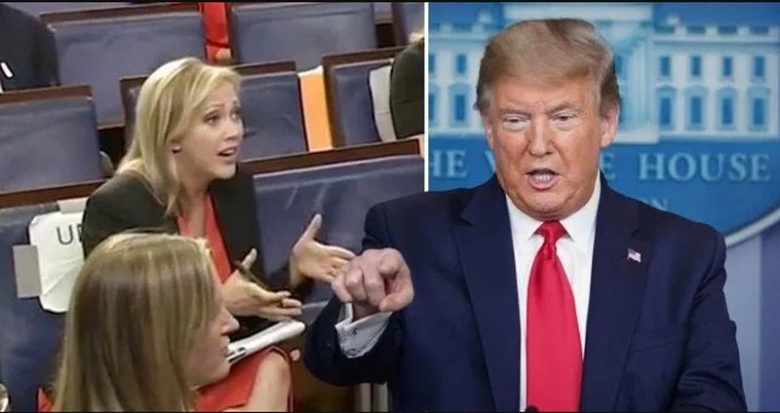 When his deeds are questioned like this, Mr. Trump doesn’t respond in kind matter. The CBS reporter didn’t stop there but asked: “Right now, nearly 20 million people are unemployed. Tens of thousands of Americans are dead. How is this rant supposed to make people feel confident in an unprecedented crisis?”

As it’s usually the case when dealing with reporters who criticize him, Donald Trump straight out attacked Paula Reed: “You’re so disgraceful. It’s so disgraceful the way you say that.”

President Trump downplayed coronavirus for weeks before he instated a travel ban. Even after forbidding flights to China, measures such as social distancing came one month later. Reed was direct about the matter: “What did your administration do in February with the time that your travel ban bought you?”

When asked to give an answer, Trump went fully ballistic, calling the CBS News a fake news establishment: “Look, you know you’re a fake, you know that. Your whole network, the way you cover it, is fake. The people are wise to you. That’s why you have a lower approval rating than you’ve ever had before.’