POLITICAL FLARE – 02/24/2020: Donald Trump is on a two-day visit to India together with his wife Melania and daughter Ivanka. POTUS tried to impress his hosts by talking about their most popular sport and athletes but failed miserably.

During the event named Namaste Trump, in front of 100,000 people, President Trump gave his welcome speech. The place where the event was held, is the world’s biggest cricket stadium called Sardar Patel Stadium. 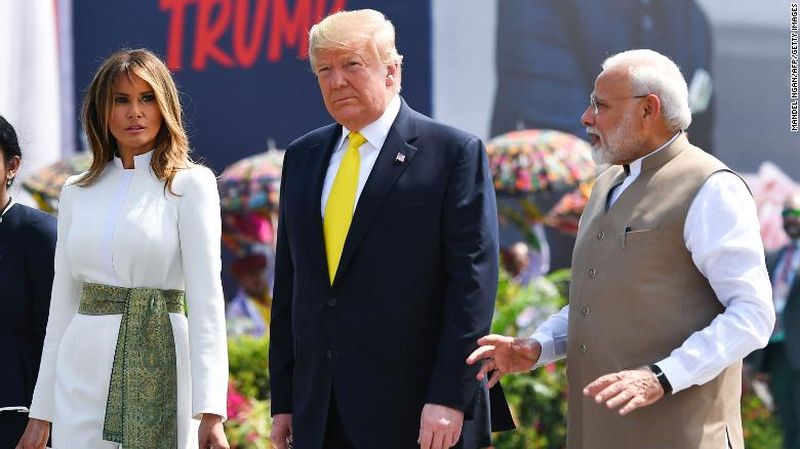 During the addressing in Ahmedabad, Trump had a prepared speech that revolved around things familiar to locals but also around the globe. In this manner, POTUS praised Bollywood and mentioned two standout films, Sholay and DDLJ.

Read Also: What Happens In Vegas, Donald Trump Will Forget It!

Later on, he talked about cricket, and this is where the problems started. The 45th US President had issues with pronouncing the names of legendary Indian cricket player Sachin Tendulkar and the current captain Virat Kohli.

Trump gave his best while trying to praise two of the best athletes India ever produced: “Your people cheer on some of the greatest cricket players, from Sachin Tendulkar to Virat Kohli, the greatest in the world.” The crowd cheered him, as you can see in the video below, but the awkwardness was already there.

Something about Donald Trump’s pronunciation of Sachin Tendulkar tells me he isn’t a huge cricket fan pic.twitter.com/stFhq46MLx

This wasn’t the only blunder Donald Trump managed to make. The person who wrote his speech is probably on the verge of being fired, considering how many names impossible for Trump to pronounce it put in the address.

Before Trump started speaking about Indian sports achievements, he tried to quote famous Hindu Monk Swami Vivekananda. The quote was on the spot, but Trump couldn’t say his name: “As the great religious teacher Swami Vive..kamun…nund once said, ‘the moment I stand in reverence before every human being and see God in him, that moment I am free.’”

Some extremely high-risk reading by Trump during his speech in India pic.twitter.com/3xxyVZUsAm

There’s still one day remaining in Donald Trump’s stay in India, and we will probably see more situations like this where Trump embarrasses himself.