EXPRESS – 06/03/2020: Donald Trump won’t be left out without options. In a case that he gets banned from most popular social media platforms, Twitter and Facebook, POTUS and his administration have a backup plan.

If you didn’t know, the Trump app was launched a few months ago during coronavirus pandemic. The news app, which became available in April, sometimes gets better out of other similar ones supported by CNN, NY Times, or Reuters. 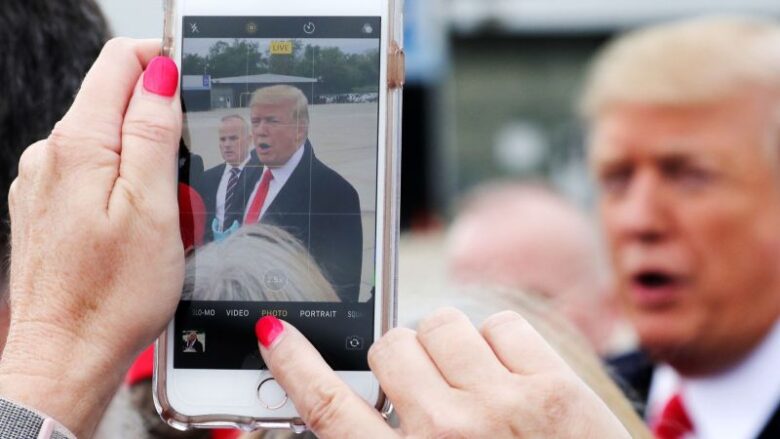 Brad Parscale, Trump’s campaign manager, warned that his administration is prepared for the worst: “We have always been worried about Twitter and Facebook taking us offline, and this serves as a backup.”

The situation between Donald Trump and Twitter escalated last week when the social media platform decided to fact-check one of Trump’s tweets. POTUS was claiming that mail-in ballot would result in a fraud on the side of Democrats.

Trump’s supporters might find Trump app useful as it is full of news about POTUS, his ongoing campaign, rallies, and daily matters such as coronavirus. Talking about the app, Parscale added: “The most important, golden thing in politics is a cellphone number. When we receive cellphone numbers, it really allows us to identify them across the databases. Who are they, voting history, everything.”

The app has installed a system that allows users to collect points. The winner, who receives most points, could get a reward in the form of meeting Donald Trump. This is nothing new in the world of US politics, as Joe Biden also has an app.

The primary goal of this app is to counter the mainstream media, or as Trump calls them – Fake News, said Parscale: “I think everything we do is to counter the media. This is another tool in the tool shed to fight that fight, and it’s a big tool.”