Like Father like son. Donald Trump Jr. is so much in awe of his father that he’s trying to look even better than him. when it comes to the situation we have in front of us, he’s trying to be worse. You probably have heard about the incident that Alec Baldwin had on the set of his latest film, Rust. The situation that’s bad in itself is being made worse by the members of the Trump family.

Trump has a long-lasting hate relationship with The Departed actor, and it’s all due to the fact that Alec is doing an impersonation of Donald Trump on Saturday Night Live show. Trump has made his statement regarding the actor, claiming that he is a cuckoo-bird and that the incident might have been instigated by the actor himself. In an attempt to get one upon his father, Don Jr. took the matter even further. 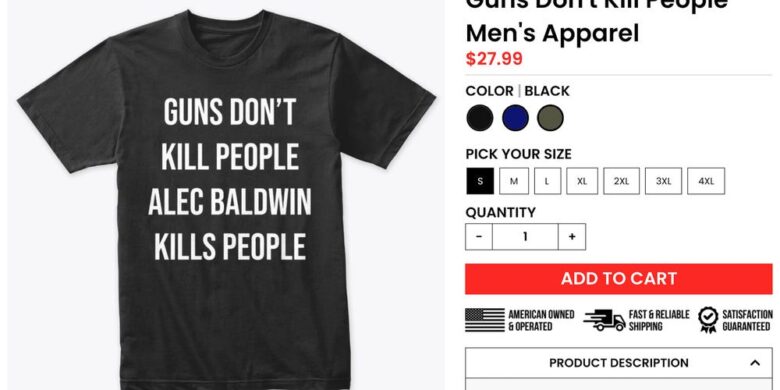 If you checked his social network platforms in recent weeks, one thing became evident. Don Jr. is now in the merchant business. He’s selling shirts that say: “Guns don’t kill people, Alec Baldwin kills people.” This is quite a morbid look on one of the country’s leading sons, who aspires to run for the presidency one day. If you have been paying attention, Donald Trump’s son has his website, that serves for the selling of his merchandise. By clicking on shopdonjr.com you can get one of his T-shirts if that’s your thing.

The incident that we are referring to here is the shooting of Halyna Hutchins by Alec Baldwin on the set of his film Rust. You only haven’t heard about it if you have been living under a rock in the past two weeks. It caused not only a commotion in Hollywood but also the Trump family. While Hollywood is worried about the safety and security of their actors, the Trump’s are more worried about insulting Baldwin. The worst part is that the actor is an anti-gun activist, only to have this happen to him. 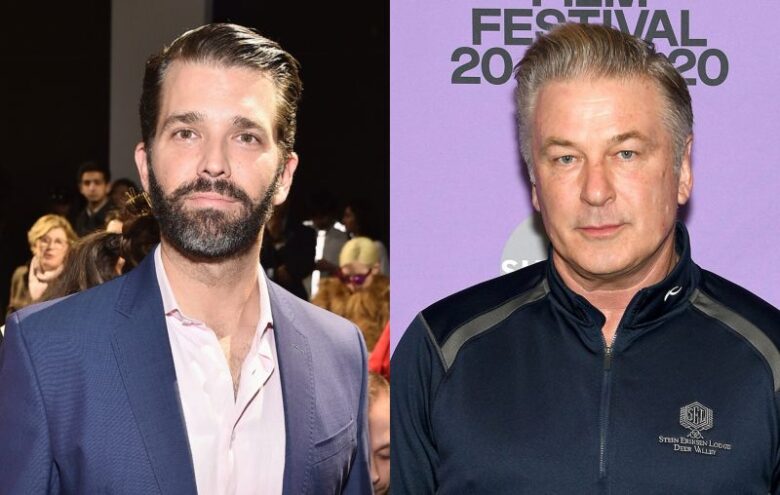 One man’s misfortune is a joy for another, and Don Jr. is certainly taking advantage of the pinch in which Baldwin found himself. The Miami Blues actor was handed a fully loaded gun that was supposed to be a prop, from which a live bullet fired and injured one and killed another person. For Trump Junior, it was an opportunity to earn money. You can find the named shirts on his website in three colors (black, blue, and military green) at a price of $27.99.

Maybe this egregious move isn’t a surprise considering that Baldwin is anti-gun, anti-Trump, and has been mocking him for years on SNL. But, we are surprised that everyone in the Trump family is proving to us that there’s always a deeper bottom you can reach, and they are reaching for it more frequently than ever. At the same time, the victim’s father isn’t blaming Baldwin for the death of his daughter stating that the fault lies in the hands of the prop team.

Baldwin also issued a public apology on his Twitter account in mere hours after the incident. At the moment his Twitter account is disabled due to the actor’s decision to protect his tweets. The situation is not getting any calmer as in addition to Trump’s son and father, other Twitter users are also more than eager to stir the pot and insult the actor and his crew publicly.