Cameron Diaz became a mother for the first time at the age of 47. Her pregnancy was kept in secret, and because of that, she sparked many rumors that she supposedly had a surrogate mother.

The famous actress and her long-time partner Benji Madden welcomed a baby girl named Raddix at the beginning of the year. The speculation that the little Raddix was born via surrogate started when Diaz was photographed on November 22, looking slim in tight jeans and black t-shirt, without belly. 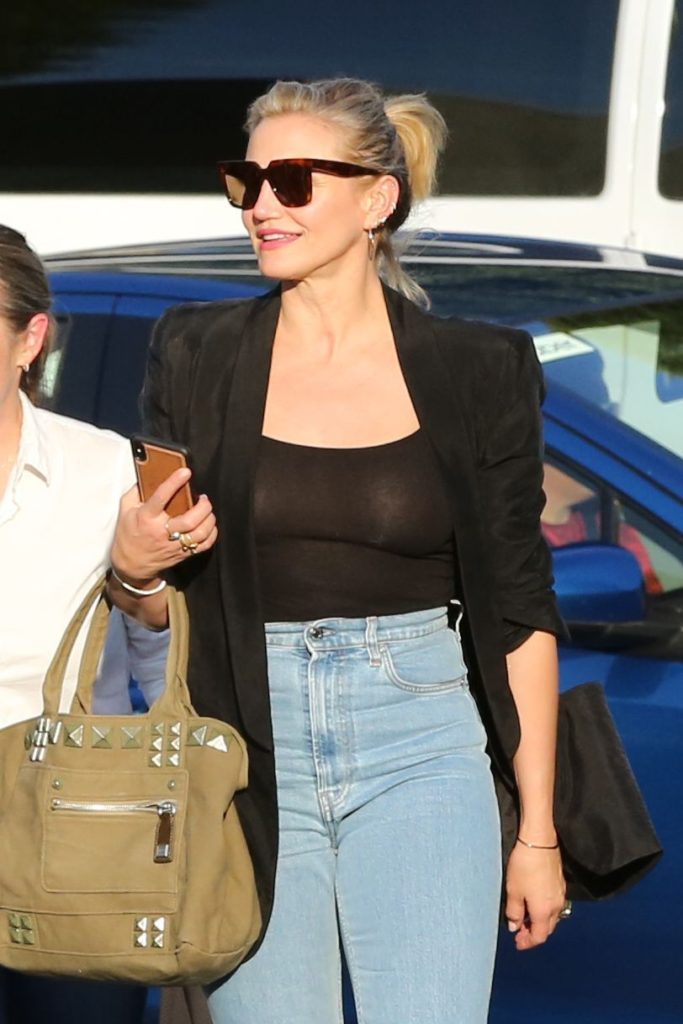 In that period, Cameron should have been in the seventh month of pregnancy. Fertility expert Dr. Grudzinskas told The Sun that “at seven months, she would have been showing.”

“Women who are seven months pregnant typically put on ten to 12 kilos, and most of that weight is around the lower abdomen”, the doctor said. 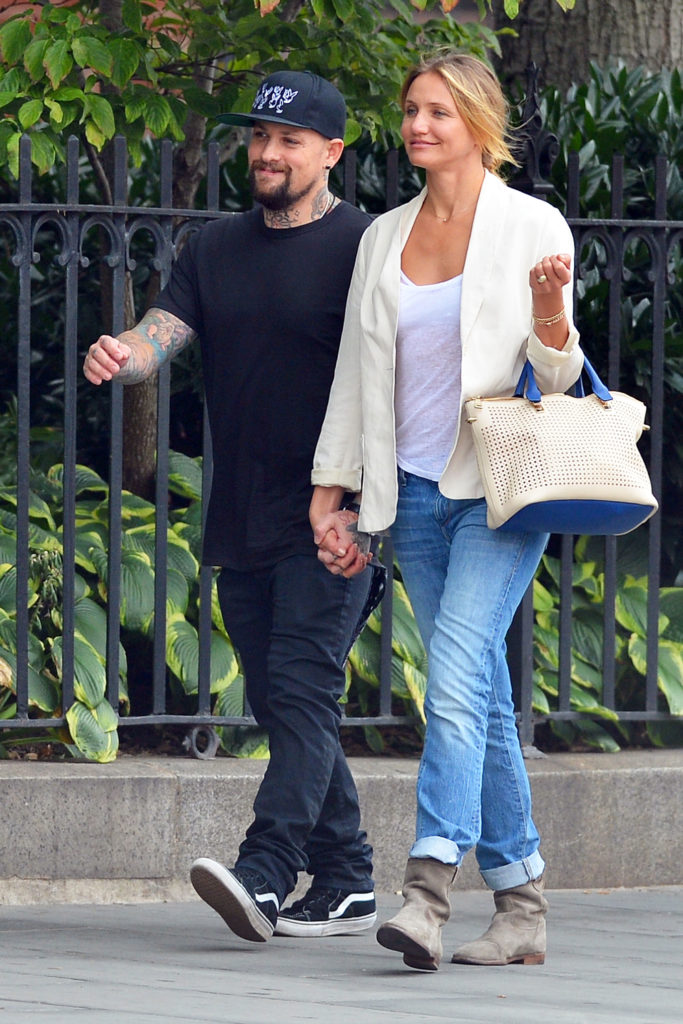 On January 3, Cameron, as well as Benji, posted on Instagram a note, announcing to their followers the birth of their daughter and asking everyone to respect their privacy.

Read Also: Cameron Diaz Gave Birth to Her First Child at 47: She Kept Her Pregnancy Secret! 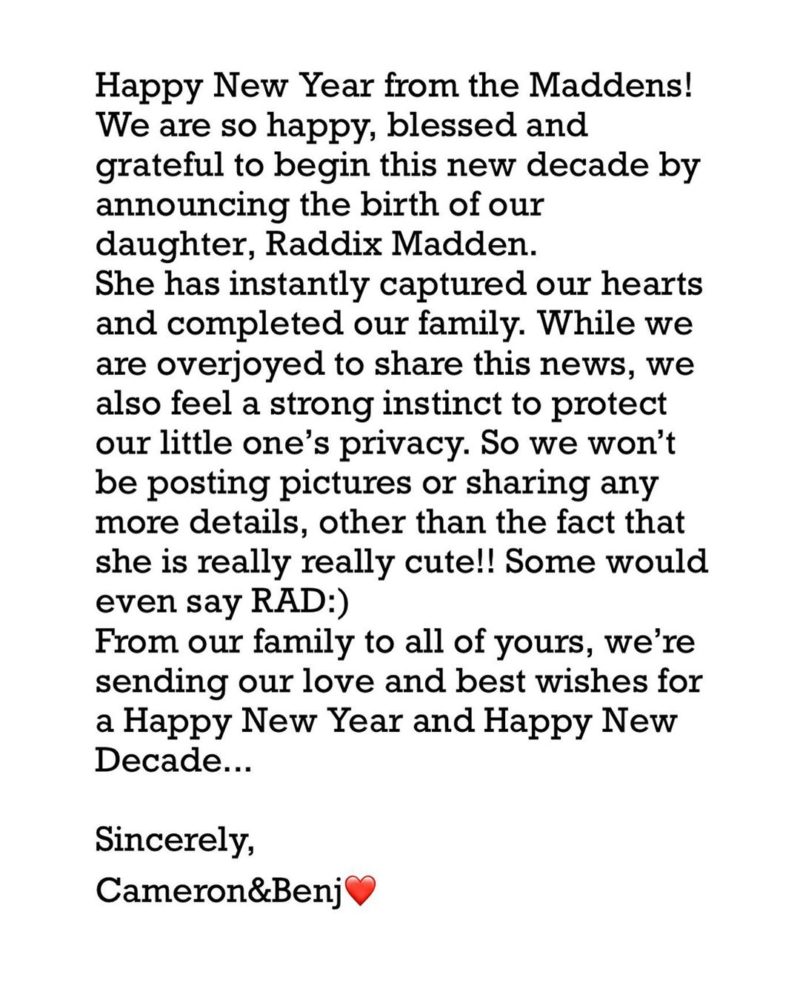 After the speculation about surrogate appeared, the fact that the actress didn’t mention being pregnant in this post or that she gave birth, fueled the rumors even more.

The fans were curious about the whole situation and asked: “Was she actually pregnant, or did they use a surrogate? Cameron Diaz really knows how to keep a secret, huh,” and another tweeted: “At 47 there’s every possibility she used a donor and/or a surrogate.” 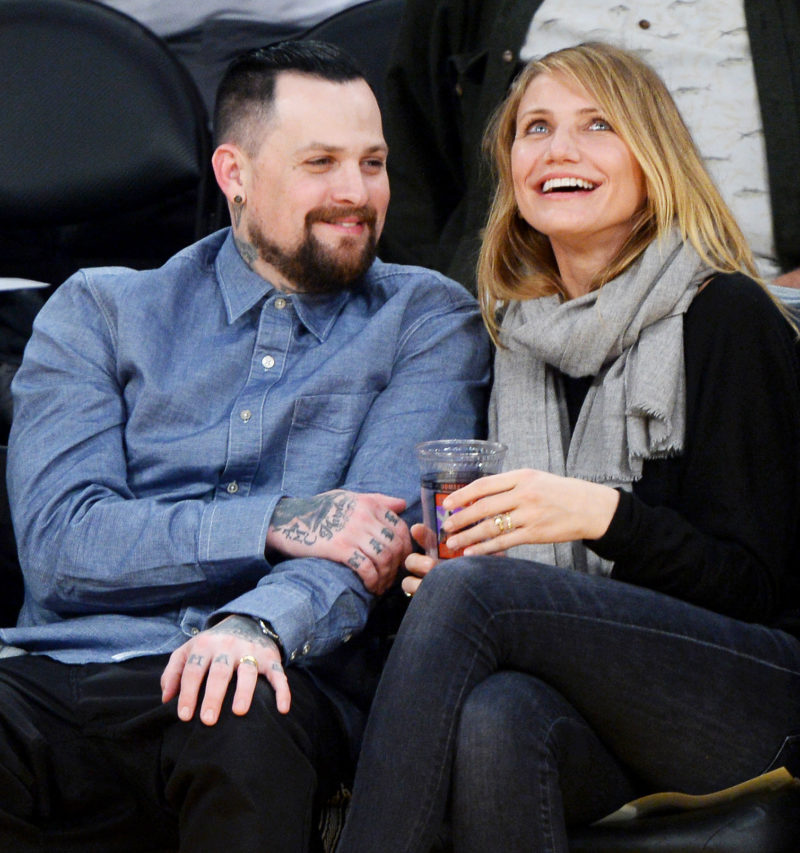 A source close to the couple said to People that Cameron and Benji are in bliss “after waiting so long to be parents.”

“They waited for so long to have a baby, so now they are just enjoying their daughter. They are still in baby bliss and the happiest parents. They take turns staying with the baby and don’t really leave the house together. They spend time with their families and close friends at home but don’t take their daughter out. They are very protective of her and careful because of the flu season”, an insider said.

The couple has been married since 2015.

Khloe Kardashian Is Using Hypnosis to Deal With Anxiety and Unhappiness