Famous footballer Cristiano Ronaldo shared on his Instagram a picture with his family from the sunny beach where they were posing with a Santa Clause. The 33-year-old player is enjoying Christmas with his fiancée Georgina Rodriguez and four children in Dubai. 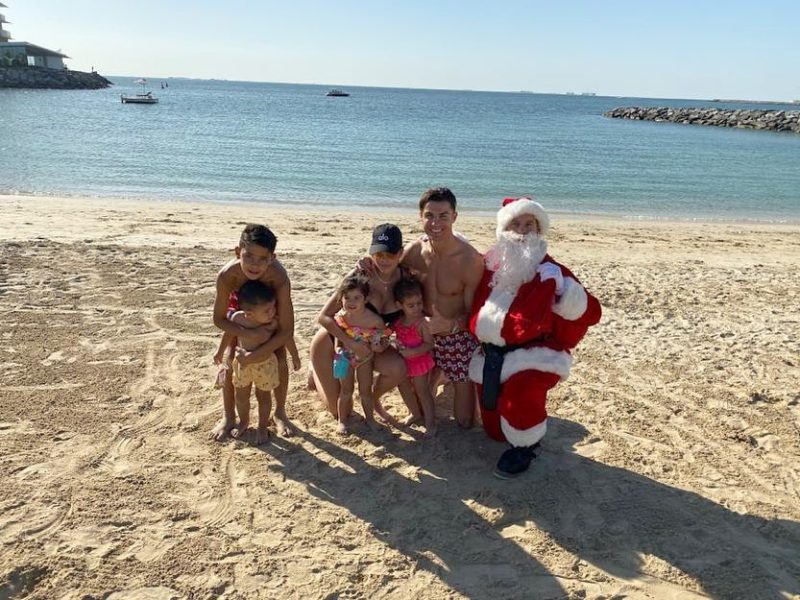 He captioned the photo with: “We wish a Merry Christmas to everyone”.

Everyone posed in their bathing suits, except Santa, who was fully dressed. Ronaldo’s fans were delighted with this picture and wished the family happy Christmas and New Year. One of the followers wrote: “Merry Christmas king of the kings”.

They also made jokes about who is the secret Santa in the picture. One of them wrote: “Is that Messi next to you?” To many dressed up Santa Clause looked like Ronaldo’s colleague and rival Lionel Messi.

Ronaldo celebrated the last New Year’s Eve in Dubai, where he enjoyed spectacular fireworks show. He is, along with Messi, one of the world’s greatest footballers.