Two sisters who are taking over the modeling world! Bella and Gigi Hadid have entered the circle of the most popular models around the world. They are only 24 and 23 years of age respectively, which means that they still have their whole careers ahead of them.

It was 2012 when they started getting noticed as their mother joined the cast of „The Real Housewives of Beverly Hills“.

They were on the show quite often, always indicating that they are ready to enter the modeling world. Today – they are highly successful and have a lot of celebrity friends. We are going to name some of them today. 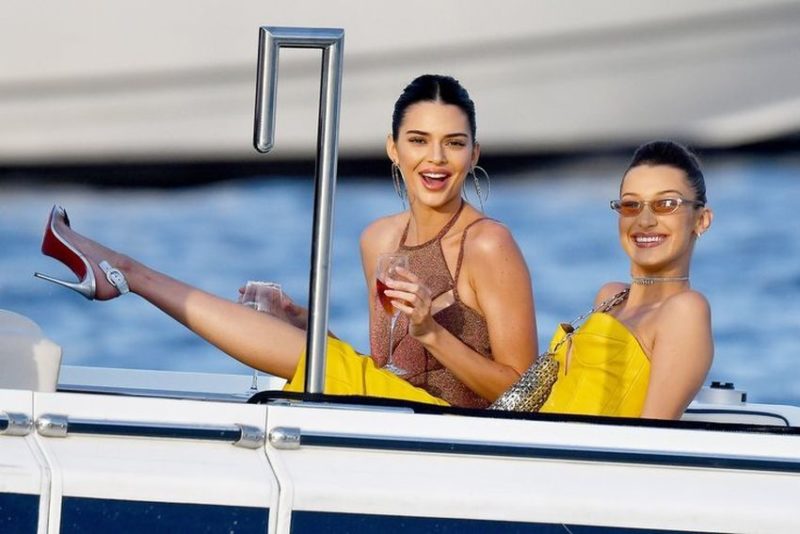 This doesn’t come as a surprise as Kendall Jenner is also a highly-successful model. She is also a „Kardashian“, which always gives her the „cool points“ with the majority of people. They are even hanging out together and take vacations together. The recent trip to Monaco is a good indicator that the Hadid sisters are good friends with Kendall. 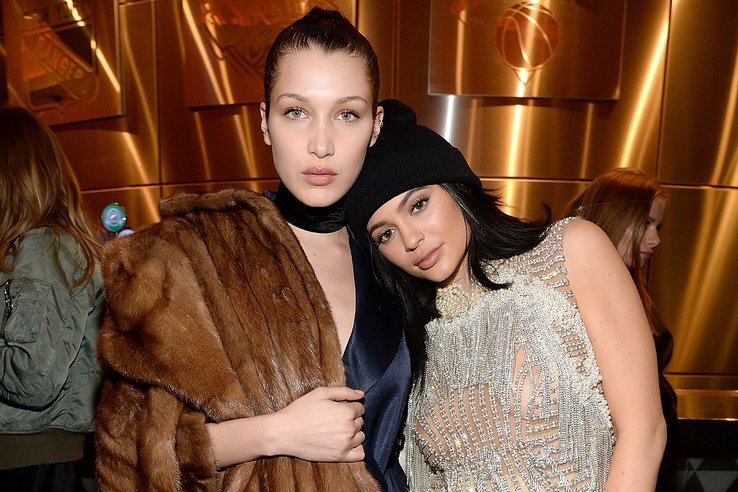 Kylie is the youngest of the Jenner sisters and the youngest in the family, while Bella is the youngest of two Hadid sisters – it’s a great combo! Gigi and Bella are supporting Kylie every time when she launches a new product and is hosting the events that promote her new products. Three young women that are rich and successful in their fields are always going to get along nicely. 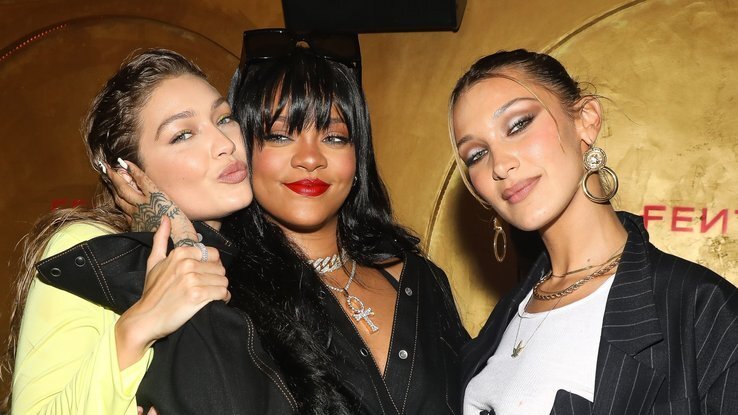 The sisters were for sure dreaming to be friends with Rihanna when they were in high school. Now, that dream has come true since Gigi and Bella have supported Rihanna during her Fenty launch. The popular singer has also been seen with the Hadid sisters during multiple events and fashion shows, including the „Victoria Secret Fashing Show“, an event that Rihanna once performed at. 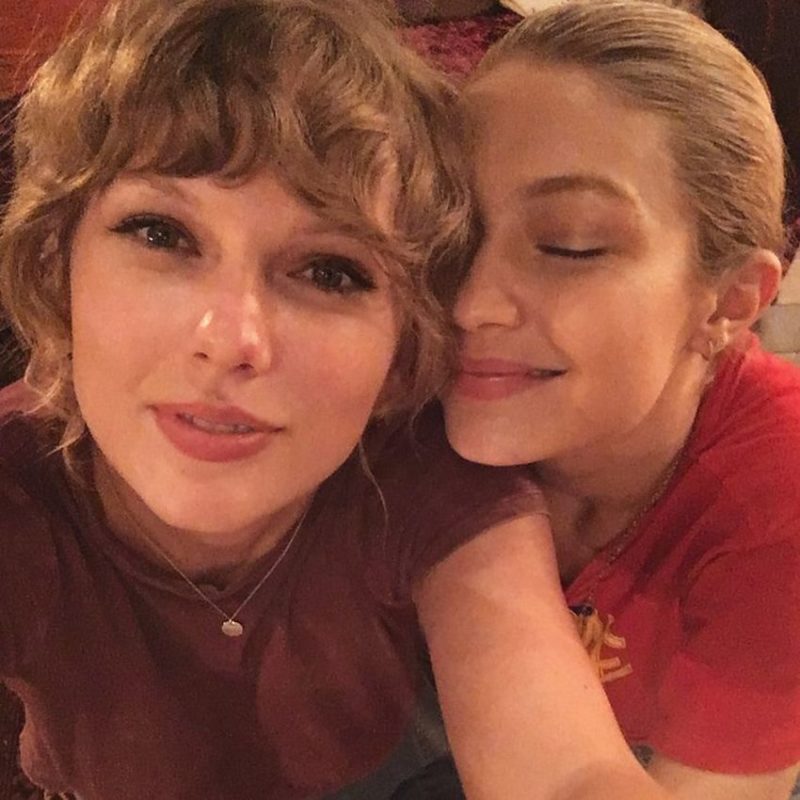 With Taylor being known for surrounding herself with successful and independent people, it’s not surprising that she hangs out with Gigi Hadid. Older Hadid sister is one of the members of the so-called „Taylor Squad“. The fact that she has even featured in some of Swift’s music videos tells you just how close Gigi Hadid is with the popular singer. 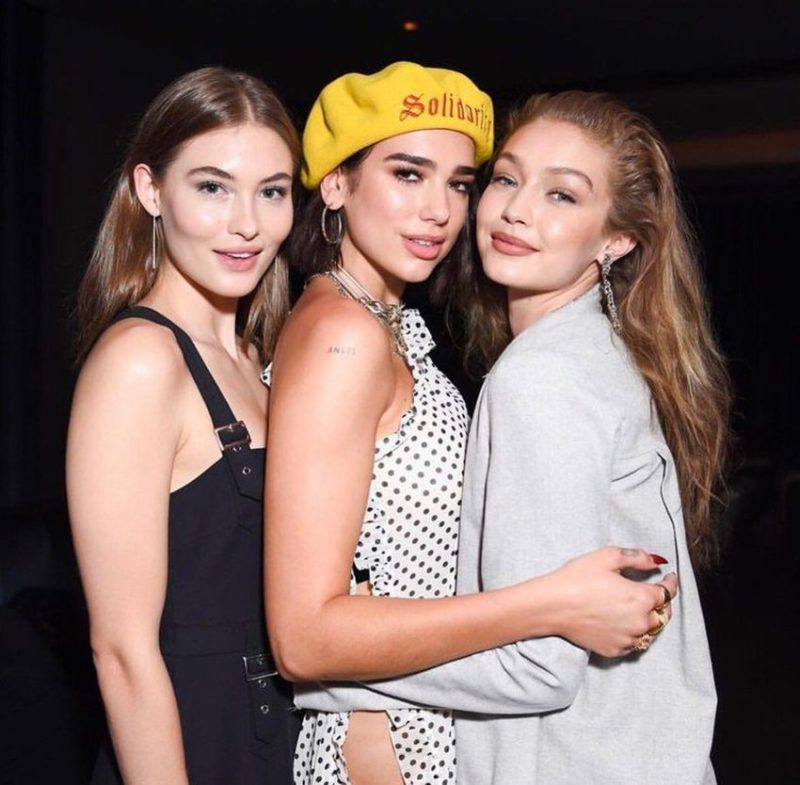 Well, this comes in as a no-brainer as Dua Lipa started dating Gigi’s and Bella’s younger brother Anwar. It’s natural for her to be on good terms with the sisters. Them three have been spotted together multiple times, which means that the sisters really like their brother’s choice. However, she could easily be a member of the sisters’ „dark list“ if the relationship between Anwar and her ends in turmoil. 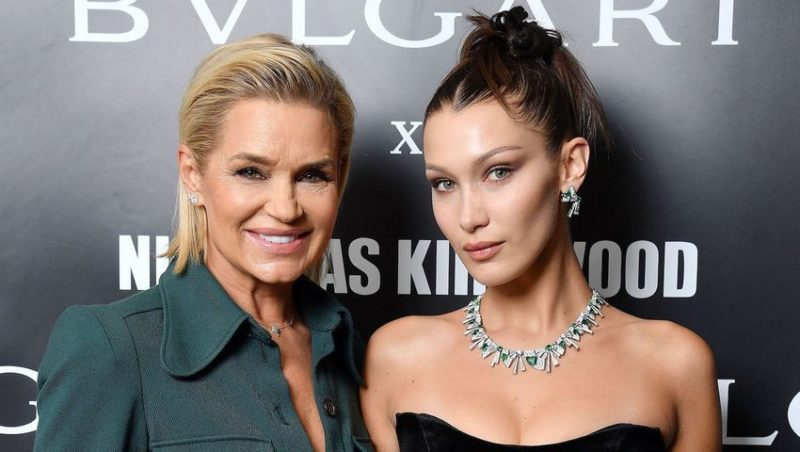 We can not end off this list without mentioning their mother Yolanda who is the original Hadid. She was a supermodel back in the 80s but is famous for the role in „The Real Housewives“, just like we mentioned before. Yolanda had a lot of influence in her daughter’s careers, there is no doubt about that. They wouldn’t be here today if there weren’t for their mother that made it all possible.