Catherine Zeta-Jones, 50, and Michael Douglas, 75, still are in love as they did at the beginning of the relationship, though they celebrated 19 years of marriage in mid-November. In the photos, they are always smiling, joking, and they are not hiding that they are happy to have each other.

Because of that, it made some think that Catherine had “cut off” Michael’s leg from the photo to tease him. The actress posted a picture with her family on Christmas day while on vacation in Zimbabwe, Africa. 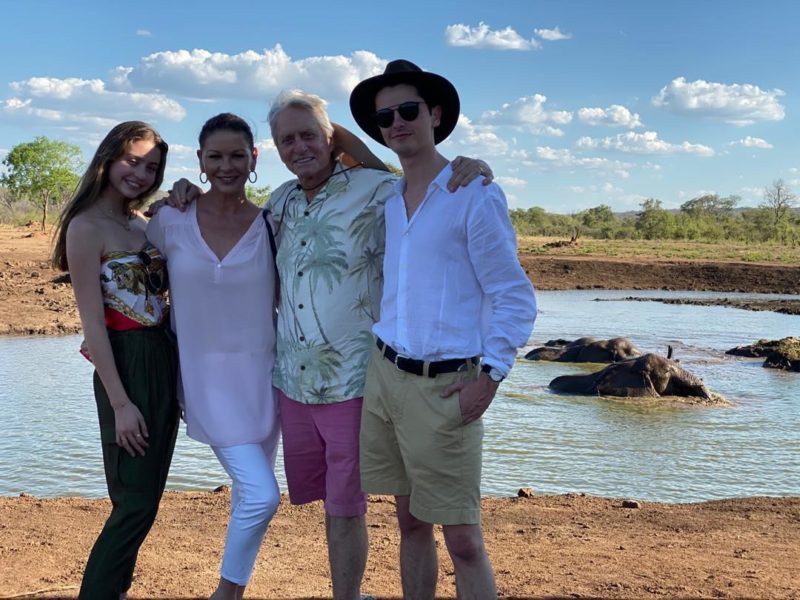 The cheerful group readily posed, and then the actress played a little bit with Photoshop. The result was hilarious. Michael was missing his right foot in the photo, and the actress wanted to post it so badly that she did not look at what her husband looked like.

“Your husband lost his leg. Unbelievable”, one of the fan’s comments read.

Still, it didn’t take long for Catherine to remove the photo from social media and then post two new ones – with both of Michael’s legs. 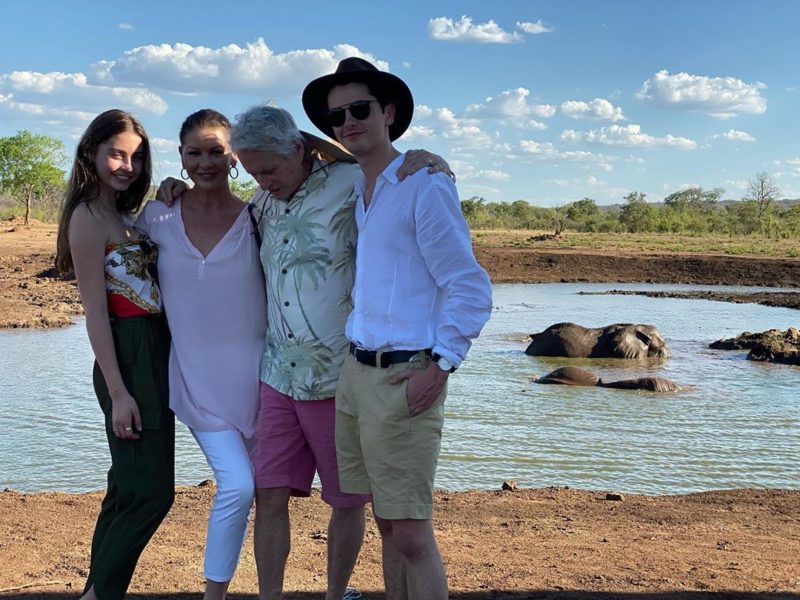 “Photoshop glitch. So some think. Michael’s missing leg!!!! Yep, it went missing in Africa, but we found it and sewed it back on”, Catherine joked in the caption.

Related: Kirk Douglas Turns 103 and His Wife Is 100: This Is the Secret to Their Long Life!

Famous Lolita Dies at 73: She Became a Star Overnight, but Her Career Soon Went Downhill