Home Celebrities Most Bizarre Look Ever? Cardi B Stuns With Her Odd Fashion Choices!
CelebritiesStyle

Most Bizarre Look Ever? Cardi B Stuns With Her Odd Fashion Choices!

Rapper Cardi B is known for her distinctive fashion style, but she stunned everyone with the latest fashion combination when arriving at a fashion show in Paris, with her husband Offset.

Her husband participated in the design of her outfit, which they chose for her to wear to his Laundered Works Corp show during Paris Fashion Week 2020. 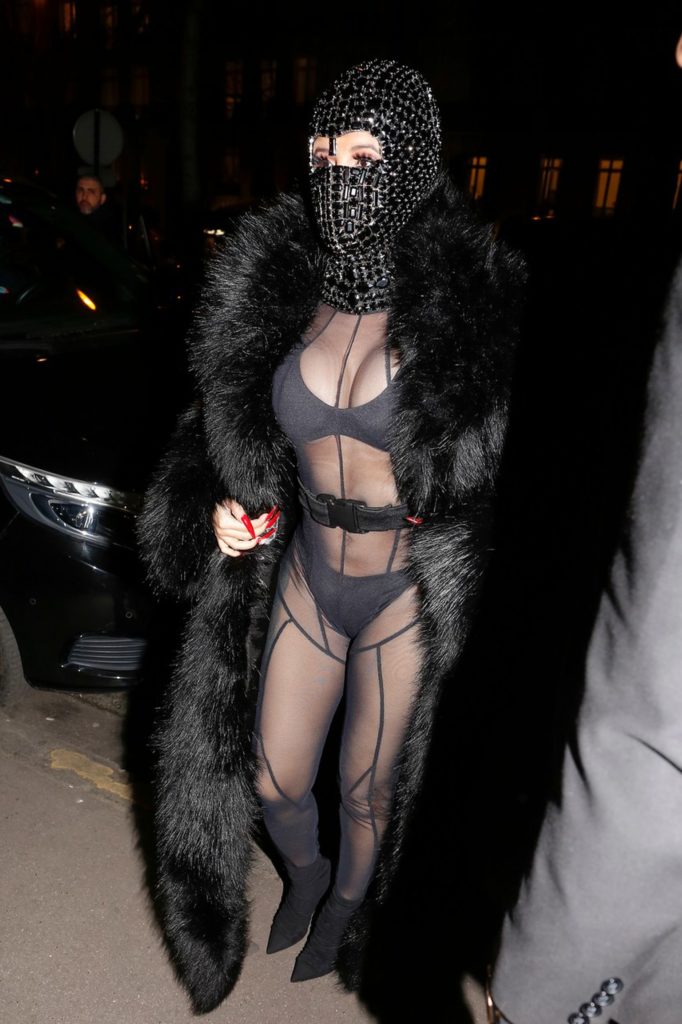 The 27-year-old Cardi left little to the imagination in a fully transparent, tight jumpsuit beneath which she wore black underwear while hiding her face behind a mask with a skull, which she changed a few times during her arrival. She also shared her bizarre fashion look on social media, revealing that she was dressed like that even in the church. 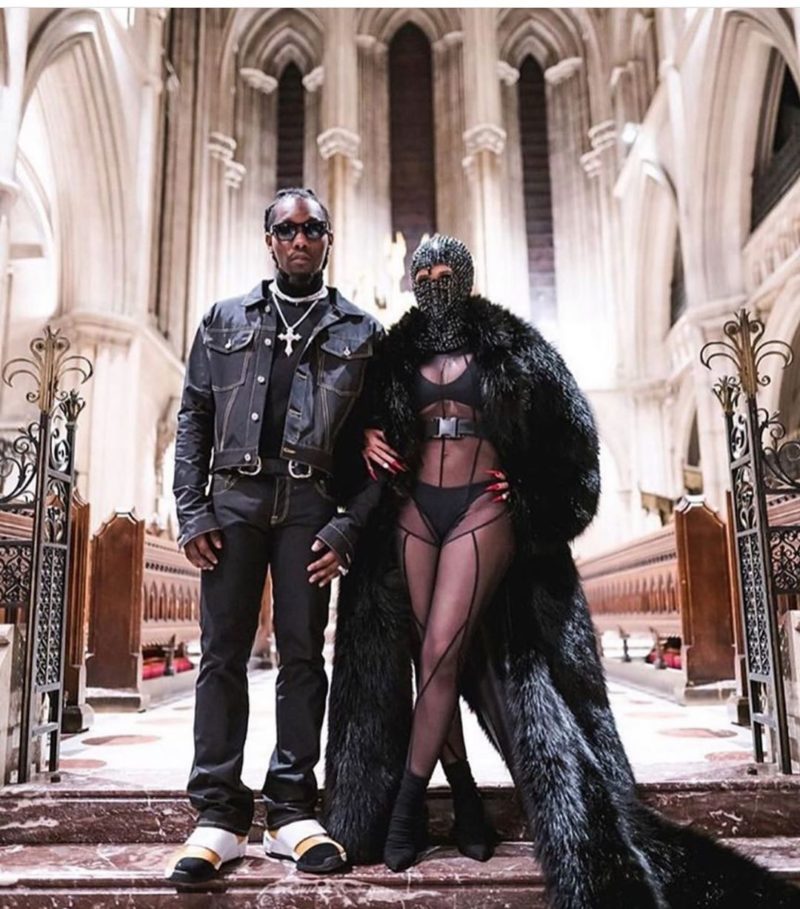 “Congrats babe on your bomb-a** fashion clothing collab with Chaza Jordan. I am so proud of you! From filming on two shows, recording and working on so many other things,” Cardi wrote below a photo of her posing with her husband. 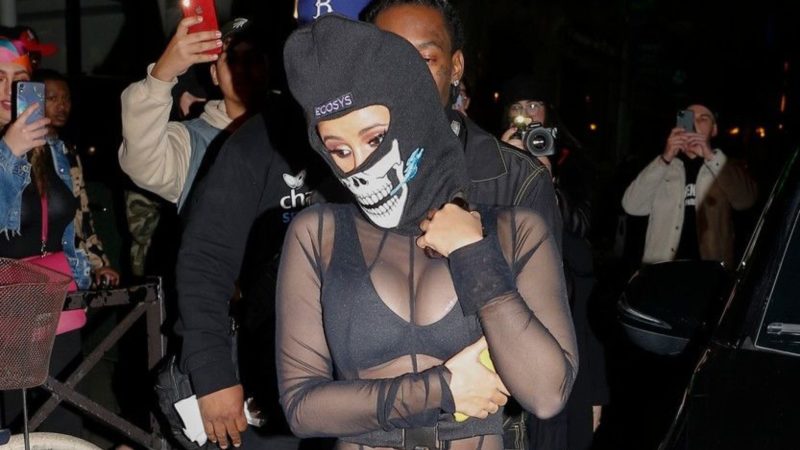 She also shared stories on Instagram in which she’s dancing in front of the mirror, wearing her see-through jumpsuit.

Also, Cardi shared with her fans a glimpse of the fashion show’s afterparty atmosphere.

Her fans were delighted with her appearance and a bit worried about her lack of clothes in freezing Paris. One of the fans wrote: “Absolutely gorgeous queen,” and another added: “You slew this look.”

“Fashion icon,” “If this is the look?!?!! I would let you rob me”, “She kills time and time again. I gotta get in the gym”, were some of the comments.

However, the audience was divided. Some of Cardi’s followers were stunned with her courageous look while others were appalled.

“Looking like a ninja assassin,” one social media user wrote. “Where do people wear that at,” the fans were asking.

Read Also: Cardi B – 15 Crazy Things You Probably Didn’t Know About Her

Cardi B began her career as a stripper from the Bronx and gained fame after appearing in several reality shows and recorded songs. Today, she is one of the most popular and affluent women in the music industry and is shamelessly enjoying the wealth she has gained.

Cardi B Shows The Fans Her Brand New Tattoo