Bella Hadid and Bad Bunny Together at Dinner in Miami All Smiled-Is There Something Between Them?

Just a few days ago, the popular Puerto Rican rapper, Bad Bunny, and world-renowned model Bella Hadid were seen together at a Komodo in Miami at dinner. It happened on Monday. However, they were not alone. According to many sources, Bella and Bad Bunny were there along with David Grutman, a restaurateur and entrepreneur, as well as his wife, Isabela. We must mention that Isabela is very good friend of Bella.

What’s more interesting is that she was actually smiled while talking to the 25-year-old Puerto Rican rapper just days after her ex-boyfriend, the singer The Weeknd, introduced his new song. Since the song titled Heartless is about a breakup, many thought it was just about his ex-girlfriend Bella Hadid.

During their relationship since 2015, The Weeknd and Bella broke up once but were together again. However, this year in August, there were rumors that the couple had broken up again and were no longer together. The rumors turned out to be completely true because they really broke up. In addition to the song apparently talking about his relationship with 23-year-old Bella, the song is also thought to be about his romance with popular singer Selena Gomez. As we said, Bella and The Weeknd broke up once in November 2016. After only a month, rumors have emerged that the popular singer is in a romance with Selena Gomes. It turned out that the rumors were completely true as the couple had been officially together since December 2016. However, after only 10 months, they broke up in October 2017.

After that, The Weeknd was once again in a relationship with Bella Hadid since April 2018. Unfortunately, the second romance with the popular supermodel didn’t last long as they broke up just a few months ago, in August 2019. Now after he officially released new song Heartless, it is thought that the song is about these events. 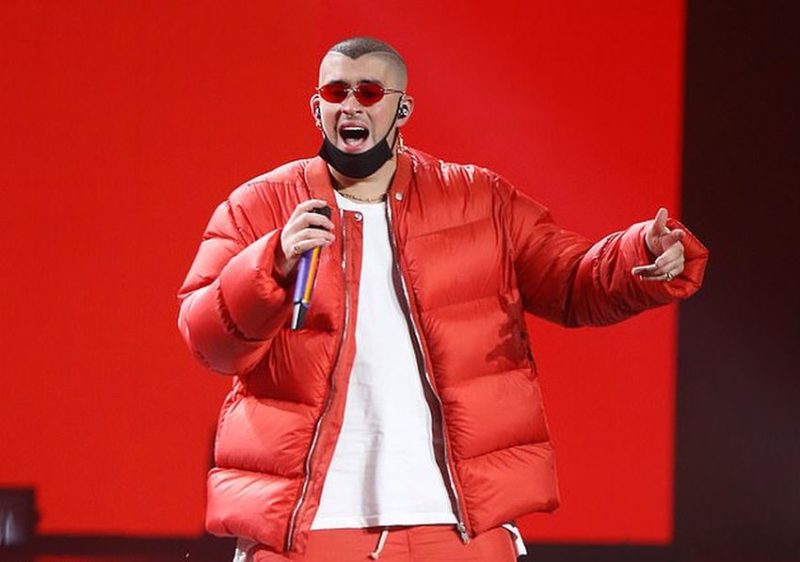 Also, it’s important to note that Bad Bunny came to Miami because he hosted the Art of the Party event annually organized by Ocean Drive magazine in Delano South Beach. Therefore, both the rapper and the model met in the same place at the same time. Interestingly, just a few months ago, they were also seen together, also with David Grutman and his wife, Isabella Rangel.

Bella also caught her attention a few days ago, also in Miami when she appeared by the pool in a tiny and very stylish bikini. Specifically, the model wore a colorful top that she fitted with bottoms that had ties on the side. As for accessories, she had gold earrings, pearls, stylish glasses and a silver watch. Overall, Bella looked gorgeous.

Prior to this event in Miami, Bella Hadid attracted attention with one of her very nice actions. The fact is that she has dozens of plane flights every year because of her job and shootings all over the world. Also, all of these flights have a negative impact on the environment. Bella was clearly aware of this, so she decided to donate 20 trees for each of her flights.

Donating 600 trees to be planted , 20 for each flight I took these past 3 months and probably will continue for the rest of the year.It makes me sad how much my job effects my carbon footprint and of how brutally climate change is obviously effecting the world. Mother Nature needs some love…🌳🌼🌜 I’ll be starting with my home in California ( 129 million trees need to be restored re: wildfires, 1.3 million acres burned) and of course the Amazon for the most recent wildfires, but please reach out and let me know which locations need to be shown some love as well , all regions welcome🙏🏽 Africa, Asia, North America, and Latin America💛 this is so exciting and interesting to me, that even though I’m not physically there, trees are being brought to life in the most incredible places that are in demand of them! it’s the air we breathe, the water we drink, the biodiversity and animal life we need..🐛🐜🦗 I know it’s not much , but when I fly, I look out the window and see so many beautiful, extensive forests, so much land and trees but also so much that needs lots of help.. think about the animals too💛 anyways . once I get home I’m definitely planting my own tree outside. so inspired by my friends 💛🌿🌱🌳🌼🌼 ps I did some research and onetreeplanted.org is probably the easiest website I’ve found to donate to multiple regions at the same time, if you’re interested:)

In addition, she shared a link to One Tree Planted so that others could donate trees and help replanting forests that were affected by the fires. Currently, the trees she donated will be planted in California (280 plants) where Bella has a house, as well as in the Amazon (320 plants). Honestly, it is a very nice action from her.

Bella Hadid Strikes a Provocative Pose in a Bikini

What are these Famous Trendsetters Doing in Quarantine?

What About the Kardashians Christmas Card This Year?