Are They More Than Friends? Jennifer Aniston And David Schwimmer Are Allegedly Secretly Dating

Jennifer Aniston and David Schwimmer always had that special connection that was easily seen on TV. Rachel and Ross were that couple, with their ups and downs, where love conquered all. But that wouldn’t be possible if there wasn’t any off-screen chemistry. Even though it was a long time ago that Rachel and Ross were together, it seems like Jen and David are just starting a new relationship.

During the recent filming of “Friends Reunion”, Jennifer and David recalled their first kiss, which was back in 1995. They discovered that their first kiss was not in front of the camera, which surprised many. 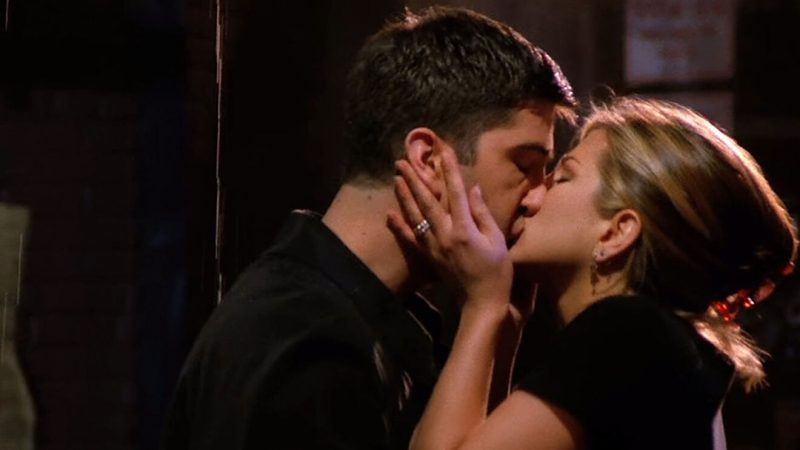 “We both felt strong chemistry, but we were like two ships passing by because one of us was always in a relationship. We never crossed that line, you know. We respected that, “said Schwimmer.

“Friends” ended in 2004, but the popularity of this series is not waning. It is still watched with the same fervor today, and the special that was recently broadcast, which broke all of the records, speaks in favor of that.

When they admitted that they were madly in love during the first season, but that they were not allowed to tell anyone at that time, probably triggered some emotions in the two. According to some media, they seem to be together after all! Namely, after the special where they confessed their feelings to the world, people started talking and writing about the fact that Jennifer and David are in a love affair, and how it would be so good to have them as a new couple.

“After the reunion, it became clear that the memory of the past feelings in both of them arose again and that the chemistry that they always had to bury is still there. They started sending messages immediately after the filming, and last month David flew from his house in New York to see Jen in LA,” a source told foreign media.

Allegedly, the two of them spent time in her house, where they enjoyed preparing dinners and spending time together, chatting and laughing. On the other hand, their media representatives denied these allegations, but it would not be the first time that the two of them hid the connection.

Given that it was only after more than 20 years that they admitted that they were in love with each other, it would not be strange that they are now trying to hide everything from the public eye.

Many have eagerly expected Jennifer to settle down, as she has not been in a serious relationship since her divorce from Brad Pitt. Given the chemistry that Jen and David possess, no one doubts that she would be really happy in a relationship with him. Hopefully, these allegations are true and they can continue where they stopped as Rachel and Ross.

The Idea For Investment: In Which Altcoins It Is Profitable To Invest – 2022 Guide