If you’re spending time in New York these days, you could easily encounter Angelina Jolie if there. She’s been roaming the city as a true Newyorker, and we don’t have anything against it. The best part is that the Tomb Raider star is one of us.

The camera caught her on the streets of the Big Apple grabbing a hot dog. She decided to take one of the Gray’s Papaya. The Maleficent actress was spending time in the biggest town on the east coast with two of her sons. The reason for her visit was her birthday. The daughter of Jon Voight turned 46 on June 4th. It comes as quite a surprise that the actress and her sons decided on this fast food, on the streets of a big city. One would expect a gala evening each day of their stay. 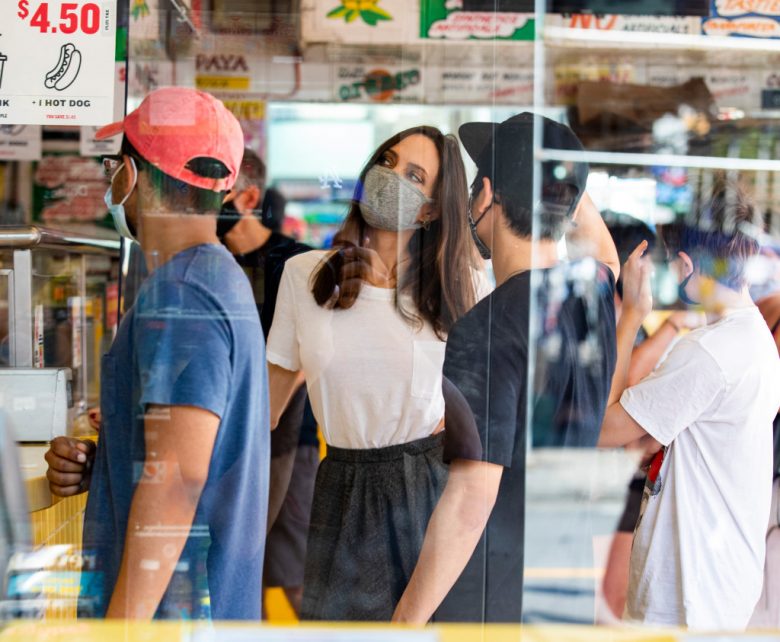 Jolie was photographed earlier today with her sons Pax and Knox. The location is the famed Midtown Manhattan shop. In addition to having a tasty hot dog, they also decided to treat themselves with a beverage as all of them were holding paper cups. It was nice seeing the Gone in 40 Seconds actress looking stunning in a not-so-fancy combination. She wore a t-shirt, presumably cotton, colored white, tucked in a gray skirt. Enough to turn heads. The piece that stood out was the gold watch on her hand, which got along perfectly well with her Louis Vuitton purse and Ferragamo mules.

It’s good seeing that a celeb of her stature respects COVID-19 protocols, as she was seen wearing a mask at all times. At the same time, her sons wore ordinary clothes as they decided on sneakers, pants, and t-shirts combinations. As previously reported by Page Six, Jolie arrived in NY a couple of days ago, accompanied by her six children. They’re all part of the Pitt/Jolie family that counts six children. They’re Knox and Vivienne, the twins, and Maddox, Zahara, Shiloh, and Pax. 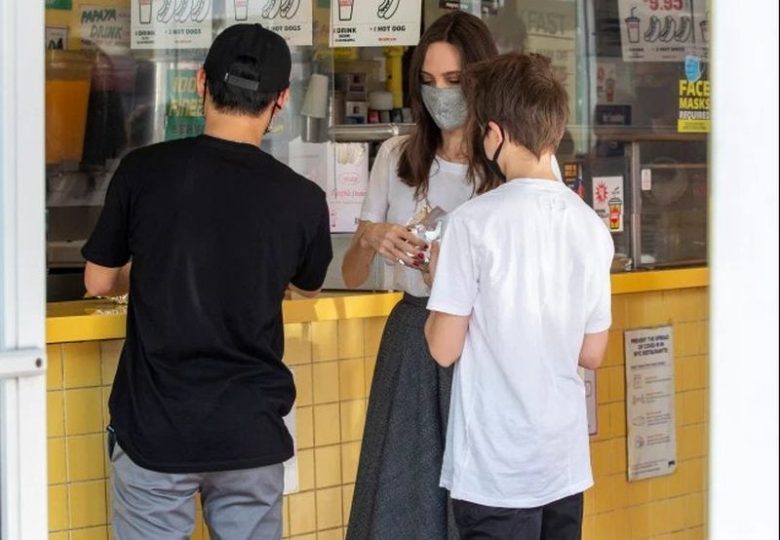 While all children were with him this time around, the legal battle between her and Brad Pitt is far from over, and it is not yet decided on full custody. The Pitt-Jolie split back in 2016, and there’s still no end to their legal battle. Fight Club actor wants shared custody which is not something that lies well with his ex-partner.

Back in May, there was a decision made by a judge that the joint custody will be in function since then. But this decision was tentative and there’s still time for it to be overturned. Jolie was allegedly very angry with the judge for the decision made not to allow her children to testify on the matter of custody. It is unfortunate that they can’t find common ground on this subject considering that they legally split two years ago. 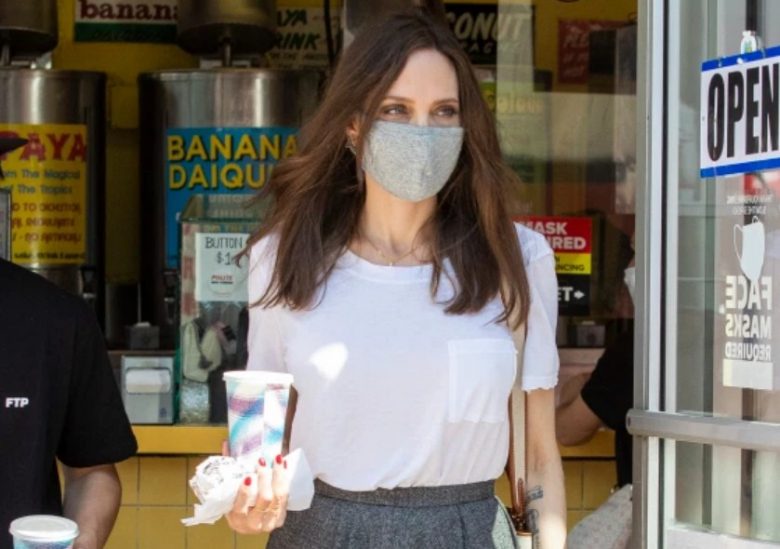 It is strange seeing them fighting in court considering they only want what’s best for their kids. Sources close to the couple stated that Pitt said that he only wants “to spend more time with his children, to make sure they’re healthy, happy and cared for.” Considering the chemistry they showed on the set of Mr. And Mrs. Smith, where they met and later in life, it comes strange that they already split. But, it is, as they say, nothing lasts forever. While they remain separated we can only hope that they’ll resolve the situation regarding their six children. Both of them managed to win an Oscar during their careers, we’re sure they can sort this out.