A Timeline of The Rock and Vin Diesel’s Ongoing Feud

While it’s been silent in recent years, the feud between Dwayne Johnson and Vin Diesel is still on. The two action movies stars gave it a go in recent years, and chances are they’ll continue despite being quiet for a while now. It all started in 2016, and it could continue in 2022, with even worst words than calling someone a candy ass. Because there have been rumors that the feud will be activated once again, we thought that the time is right to remind fans of the timeline of this great Hollywood feud.

The Rock started it all with his infamous Instagram post. He directed some anger towards his male stars from the Fast&Furious franchise. He famously called someone, probably Vin, a candy ass. Back in August of 2016, Johnson wrote: “Some conduct themselves as stand-up men and true professionals, while others don’t. The ones that don’t are too chicken shit to do anything about it anyway. Candy asses.” 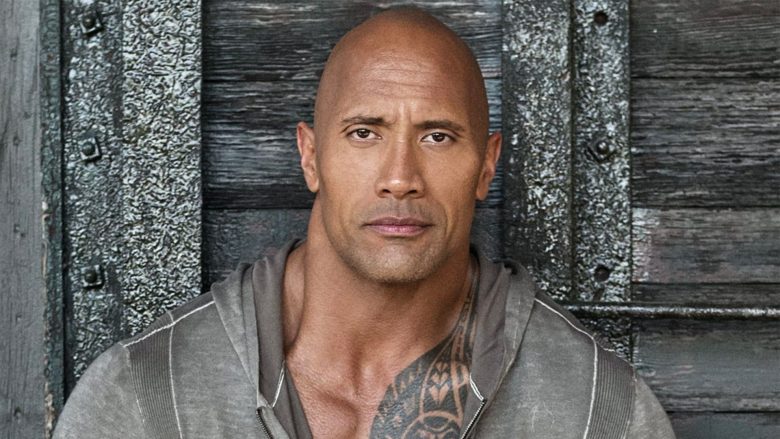 Things escalated quickly and the media got the grasp on what was going on between the two men. According to TMZ, it was Johnson who was upset over his role, and the impact it had on the franchise future compared to what it had in the previous movie. The representatives of the two men tried their best to get on the same page, but it was not possible at the time. 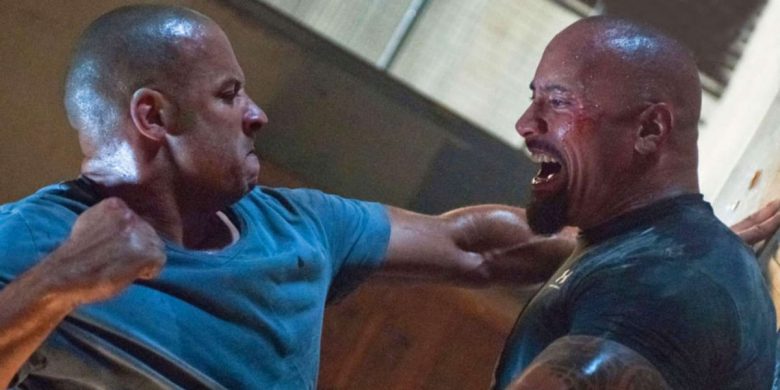 The Rock just couldn’t let it go, as The Fate of the Furious was a big thorn in his heart. He took it to Instagram once again. This time he tried to calm the matter, but the tone just didn’t feel right: “Family is gonna have differences of opinion and fundamental core beliefs. To me, conflict can be a good thing, when it’s followed by great resolution. I was raised on healthy conflict and welcome it. And like any family, we get better from it.”

After Johnson posted about it on a few occasions, Diesel thought it’s his time to make a statement. He also used the Instagram platform. Unlike, the Jumanji star, he used video format. During his addressing, Diesel said: “Give me a second and I will tell you everything. Everything.” We never got it all, until his Men’s Health interview, when he talked about tough love.

The next move was on The Rock. When the filming was done, he took time out of his busy schedule and thanked everyone who participated in the project. Of course, he decided to omit one big name. It was Vin Diesel of course. He didn’t fail to give props to Tyrese Gibson and Natalie Emmanuel.

In September, Michelle Rodriguez decided to chime in. She confirmed that the two had their differences but tried to calm things down. Talking to people magazine, she said: “Any human being who knows what men are like knows to stay out of those situations and let them figure it out. They’re ‘bros’, man. They’re friends, and ultimately even friends reach a point where they have to set aside their differences to make a movie for multi-cultural people around the world, and that is the bigger scheme of things.” 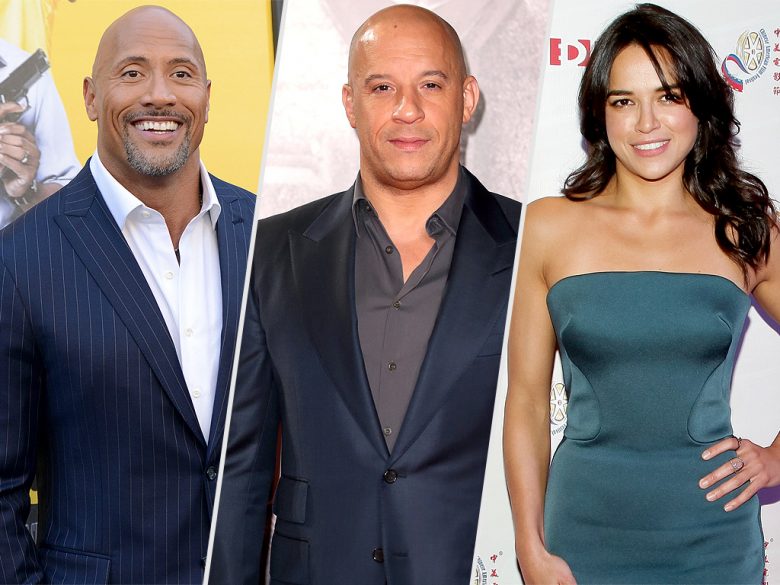 Every news outlet asked the actors about their feud, and when Dwayne interviewed with Los Angeles Times things were no different. The Baywatch star said, in November of 2016: “I was very clear with what I said. I’ve been in the game a long time.” During the same interview, Johnson pointed out that the publicity around him and Diesel helped the movie. 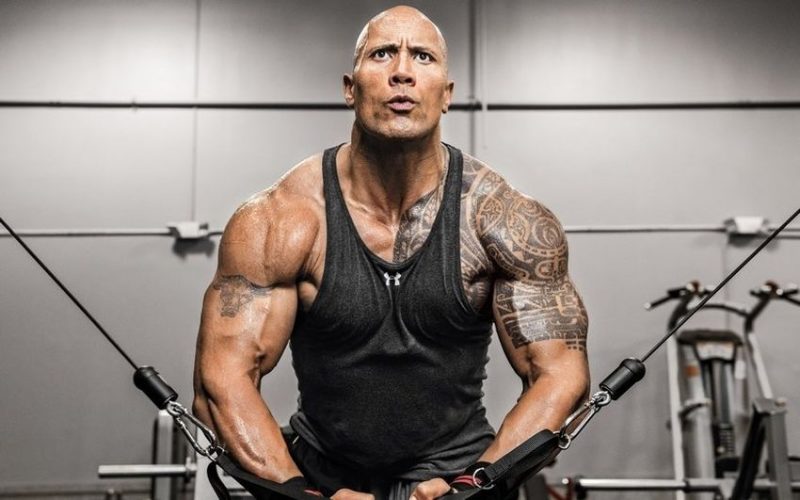 The feud continued into 2017, but Diesel tried to calm things down. In an interview with USA Today, he said: “I don’t think the world really realizes how close we are, in a weird way. I think some things may be blown out of proportion. I don’t think that was his intention. I know he appreciates how much I work this franchise. In my house, he’s Uncle Dwayne.” 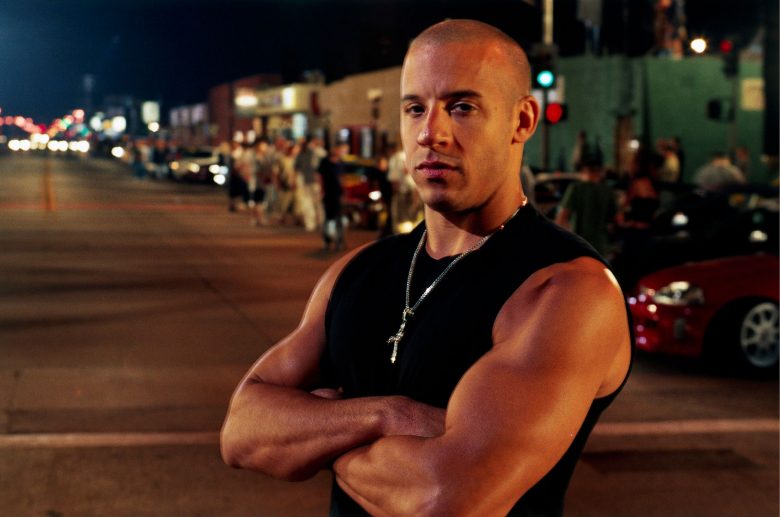 Both actors, professionals in their own right, attended the world premiere of The Fate of the Furious. As it could have been expected they were asked about the feud. While Johnson was not talkative and called the matter and issue of different philosophies, Diesel went to lengths to explain the situation. As we’re used to hearing it from him, Vin said: “We still love each other, that’s my boy. When I was making that difficult decision, should there be an 8 or not, I called [Johnson] and he said, ‘Brother, I will be there shoulder to shoulder with you to make sure it’s the best movie in history. At my house he’s ‘Uncle Dwayne’ and I’m proud of that.” 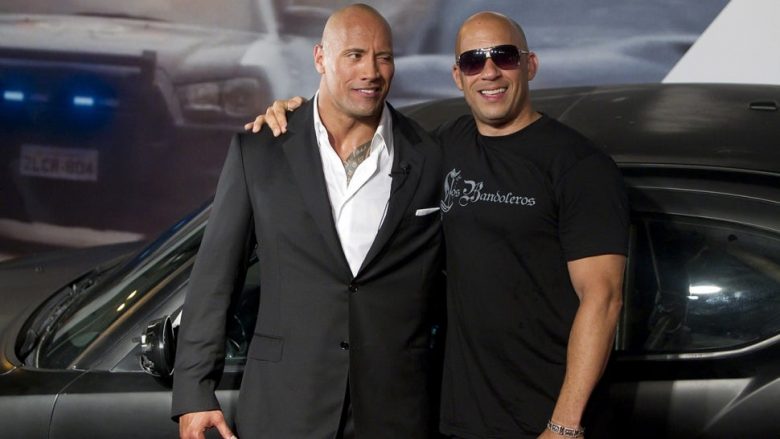 The things quickly moved from The Fate of the Furious to Fast 9, it brought other people into the feud. The first to choose sides was Tyrese Gibson. He took it to Instagram to call out Johnson: “Congratulations to @TheRock and your brother in law aka 7 bucks producing partner @hhgarcia41 for making the fast and the furious franchise about YOU.”

Tyrese was left stranded, as in an unexpected turn of events, Diesel took Johnson’s side in the confrontation between the two. He shared a photo of him and The Rock with the caption that, among other things wrote: “Like any vehicle that has run around the globe 8 times, the franchise is in need of maintenance.”

It was finally in the September of 2019 that Johnson decided to take the higher road. After his standalone movie, Hobbs, and Shaw became a global hit and box office success he decided to thank the people who made it possible. This time around he didn’t forget about Diesel. During an IG video he said: “Lastly, but not least, want to thank brother Vin for your support of Hobbs & Shaw. I’ll be seeing you soon, Toretto.”

Finally, when we thought it was all over, Diesel once again gave an interview to Men’s Health, and he did steer a pot a little bit. According to Vin, it wasn’t easy seeing Johnson making strides as Luke Hobbs. In fact, he said it took a lot of his tough love. Are the two men back at it? We sure hope not, but for the fun of it, why not?