Things can get funny when you’re rich and famous. You literally have the whole world at your disposal, but you decide to visit places where your ex is staying with her new boyfriend. This is precisely what Alex Rodriguez did as he took his latest girlfriend Melanie Collins to places that were just visited by his ex Jennifer Lopez and her new/old boyfriend Ben Affleck.

A-Rod decides to celebrate his birthday on a Euro trip by visiting Monaco and Ibiza. Alex and Melanie both wore matching white clothes and were spotted paying a visit to a Chanel store and eating ice cream afterward. The pair was accompanied by former NFL star Eric Decker. Interestingly, those were the same places only hours apart were visited by Affleck and Lopez. If the two pairs met, it would be one unpleasant encounter. Yes, we can’t argue that this is the place to be if you’re rich and famous but nonetheless, they could orchestrate their vacations better. 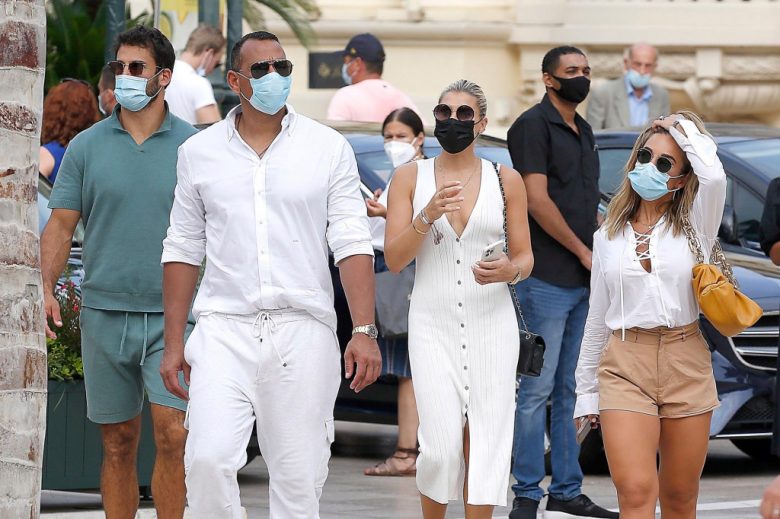 A-Rod was unaware of the encounter he missed as he looked set to enjoy his summer dressed in a linen shirt with buttons top to bottom, jogger pants, and wearing aviator sunglasses on his head. At the same time his girlfriend wore sandals paired with a midi dress which was also white, sunglasses, and possibly only recently bought a Chanel purse. Interestingly they encountered another power couple from the US Shores in Eric Decker and Jessie James Decker.

From what we saw in some other photos it would seem they were vacating together as they also took a boat ride back to their yacht accompanied by each other. French riviera seems to be the place where many rich folks tend to spend their summertime. Unlike Ben Affleck and Jennifer Lopez who are recognized in all parts of the world, A-Rod, his girlfriend, Decker and James easily had a calm stroll through the town without being bothered. At the same time, J. Lo and Affleck had an unpleasant encounter with fans. 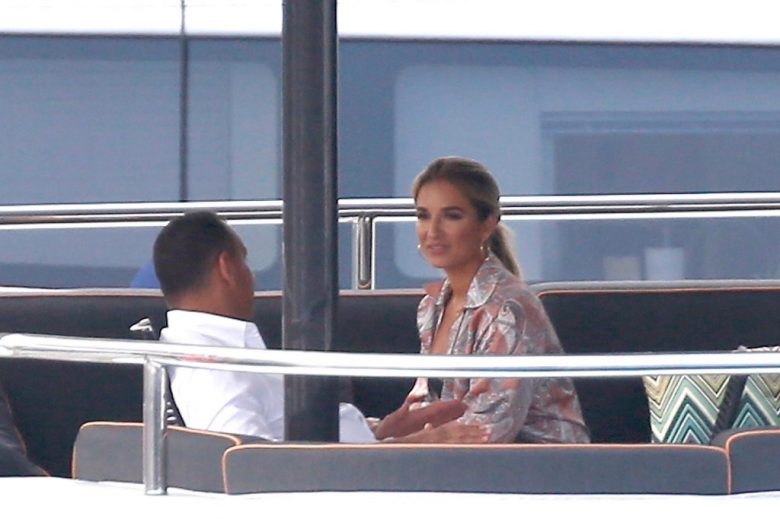 While people already speculate, and we’re in that group, that Melanie is A-Rod’s new girlfriend, sources close to the couple beg to differ. They were first spotted together earlier this summer when his summer holidays started, and ever since people claim they’re romantically involved. At the same time, one source close to Rodriguez said: “They’re friends. He’s on vacation. He’s single and having fun.”

Furthermore, it would seem that Decker and his wife were the ones who introduced the couple: Alex has been hanging with friends and family on the trip, including Eric and Jessie James Decker. Melanie is good friends with them. They’re all friends.” Decker’s family is close friends with Melanie Collins as they know each other professionally. If you didn’t know, Collins works as a sideline reporter for NFL on CBS. All of you probably know that Eric is a former NFL star who played as a wide receiver for Denver Broncos, New York Jets, and Tennessee Titans.

While we are inclined to believe there’s romantic involvement between Alex and Melanie it is hard to tell. After all, he’s been spending his summer on a yacht surrounded by models in bikinis since his breakup from J.Lo. It was all preparation for his birthday which was on Tuesday. The party was held in Monte Carlo and Melanie was present. We’ll probably see what the future holds for the two of them, as the party vacation is scheduled to end on Saturday when A-Rod is coming back to the US due to professional obligations he has with ESPN Network.